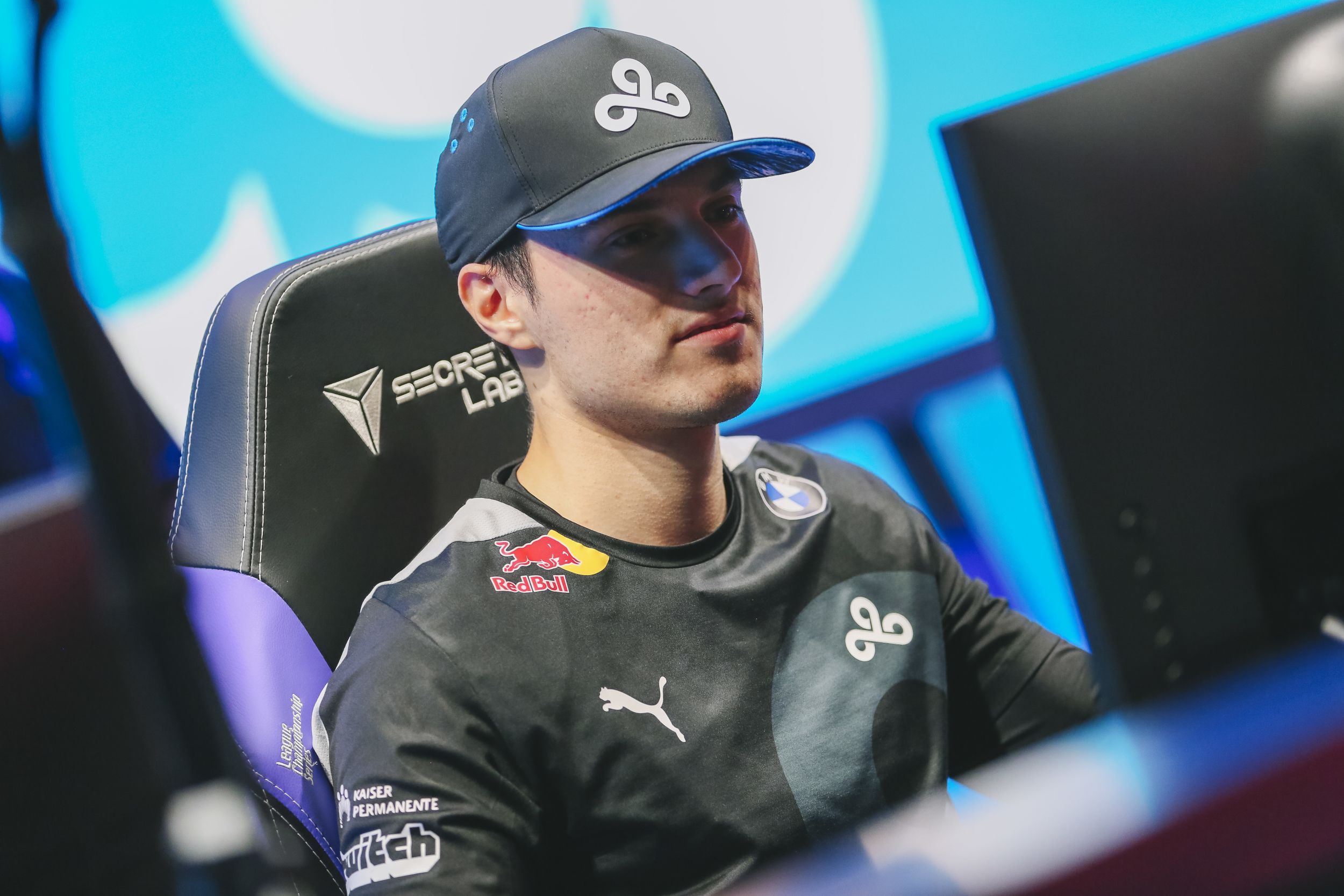 All five of Cloud9’s members looked markedly sharper as the League of Legends squad rolled over Golden Guardians in the lower bracket of the 2021 LCS Championship today.

They say you can only beat who’s in front of you, and Cloud9 handled business. But given how lost they looked at times against fellow title contenders Team Liquid last weekend, sweeping a clearly inferior Golden Guardians does not necessarily mean a return to peak form for the reigning LCS champions. But every player on the team had moments in which they looked like the highest-level versions of themselves—and that’s exactly what should have happened.

“It’s safe to say that we all lost our heads a little bit, me especially,” mid laner Perkz told LCS analyst desk host James “Dash” Patterson after the series in reference to the Liquid loss.

Cloud9 demonstrated solid draft flexibility, although they weren’t tested immensely in that department against Golden Guardians. With Blaber’s signature Olaf banned away, he chose Trundle, a champion that has seen an increased pro presence and functions very similarly to the reigning MVP’s favorite champion.

Along with support Vulcan, he used it to help Perkz and his other laners into comfortable positions to scale into the late game. In game one, the late game never arrived due to Cloud9’s borderline speedrun of their opponents as they picked up a 22-minute Baron en route to a 13-1 win in just over 25 minutes.

Vulcan’s roaming Thresh play is exactly what the best supports in the world try to emulate on a macro level. But his micro looked crisp as ever on the playmaker, hitting hook after hook and orchestrating teamfights that matched his compositions’ identities. Even on a defensive support like Braum, the Canadian support shone against Golden Guardians’ dive-heavy composition in game two, showing patience and precision in pivotal fights.

While games two and three looked largely like more of the same as far as one-sided victories for Cloud9, they only really broke games open through their mid-game teamfights they were able to force because of early Dragon control from Blaber. This team isn’t exactly known for explosive solo lane play, but especially after being on the back foot against Liquid last week, it remains to be seen if out-macroing opponents will be enough for Cloud9 as they look to continue ramping up towards Worlds.

Golden Guardians mid laner Nicholas Antonio “Ablazeolive” Abbott was a highlight for his team, proving once again why he deserved his second-place finish in Rookie of the Year voting. Apart from some nerves in game one, he otherwise didn’t look intimidated facing down one of the greatest to ever do it in Perkz. And even when things weren’t going his way, Ablazeolive stayed even in farm and focused on his controllables—good Shockwaves in teamfights and managing his waves to slow the bleeding and prevent Cloud9 to snowball any leads they had secured.

Cloud9 will play the loser of Saturday’s match between 100 Thieves and Evil Geniuses in the next round of the losers bracket on Aug. 19.