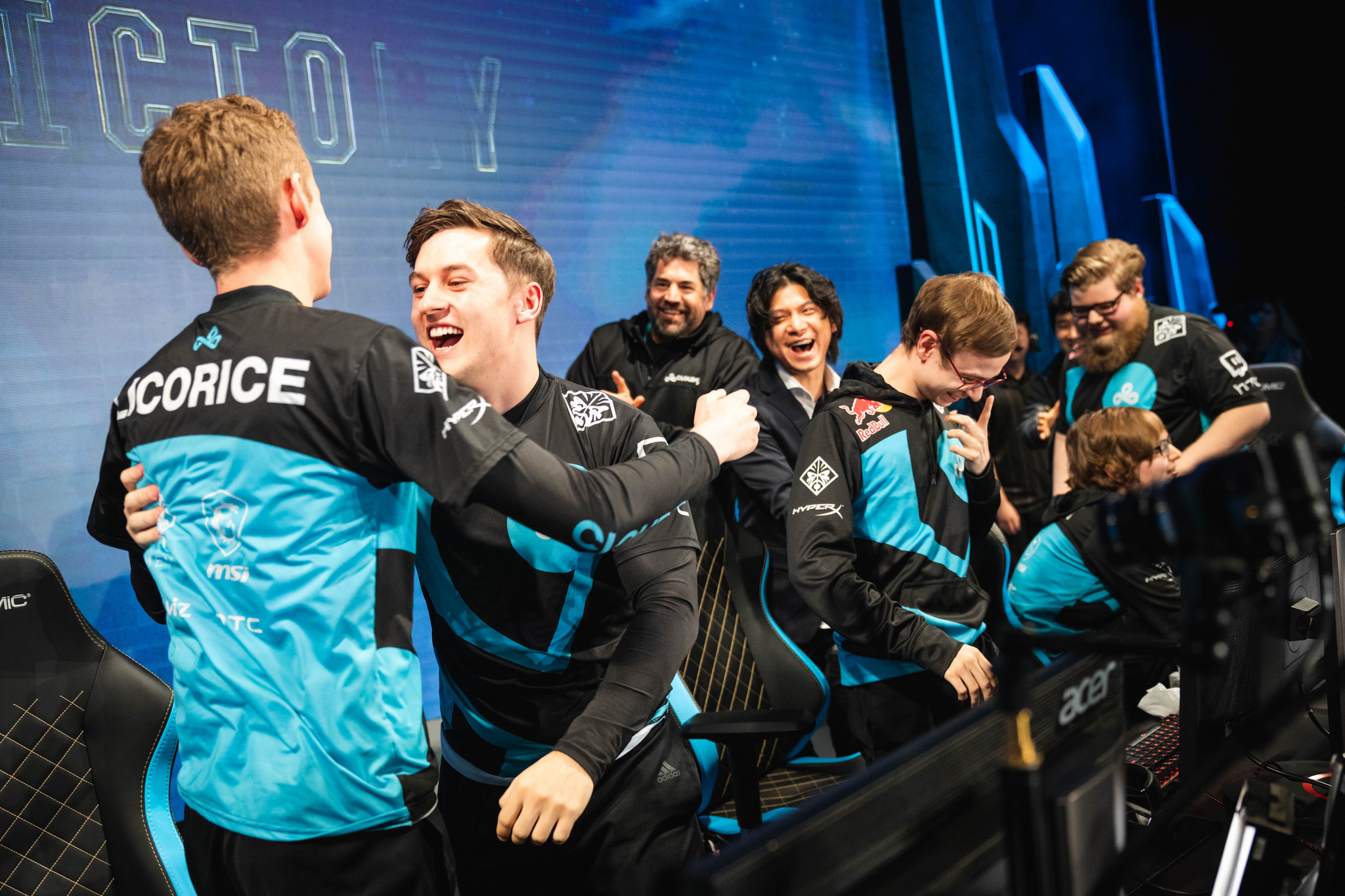 Every year, Cloud9 go into the League of Legends World Champions as giant underdogs. More often than not, they have to survive the regional qualification gauntlet just to get there. The last two years, they’ve had to get past the new play-in stage just to make the main event.

But for a team that’s made a habit of qualifying by the skin of their teeth, Cloud9 sure know how to show up once things get serious. Every single year, as the top North American and European seeds crumble around them, Cloud9 just keep doing their thing, picking goofy champions and not taking anyone—their opponents or themselves—too seriously.

The results speak for themselves. Cloud9 just took down defending world champions Gen.G as well as title favorites RNG on the same day to qualify for the quarterfinals stage yet again.

But they’ve done it in a different way than any Cloud9 team has in the past.

For a while, we weren’t even sure Cloud9 deserved to be at Worlds. They crashed early out of the NA LCS Spring Playoffs, looking nothing like the team that played so well at Worlds last year. Looking for a spark, coach Bok “Reapered” Han-gyu made a major decision: He benched four-fifths of the starting roster, paving the way for a slew of Academy players to get their shot on the LCS stage.

At first, the experiment was an abject failure. Cloud9 fell to last place in the standings, and Reapered kept hemming and hawing on why he decided such a big change was necessary, and he kept tinkering with the roster like a mad scientist.

His reasons remain clouded in mystery and the players themselves didn’t know what the plan was. But after months of committing to experimentation, Reapered has finally found the roster that works. And at the center of it all are two first-year LCS players, top laner Eric “Licorice” Ritchie and support Tristan “Zeyzal” Stidham.

Licorice isn’t a star in his own right, but he constantly baits opposing top laners into trying to match him with splitpushers. Cloud9 love to leave presumably overpowered champions like Aatrox open and watch as Licorice counters them.

Zeyzal also left his mark on the last day of the group stage with plays like this:

Of course, none of this would work if Cloud9’s traditional carries, mid laner Nicolaj Jensen and bot laner Zachary “Sneaky” Scuderi, weren’t popping off. And of the two, it’s been Jensen who’s really taken over the team.

Sneaky still has his moments, but this has easily been his toughest year since his first in 2013. He loses lane regularly and is a liability in the draft phase.

But Jensen has made up for Sneaky’s decline in spades. His play on non-conventional champions like Zilean has made him extremely dangerous. And he’s still a monster on more traditional carries like LeBlanc.

Jensen’s proficiency on Zilean is especially interesting given his history on champions with get-out-of-jail-free cards. One of the most memorable moments of his career was in the 2017 Spring Final vs. TSM, where he failed to react to TSM’s engage in time and threw away a game in which Cloud9 led nearly the entire time.

This year, he’s put that behind him and become an entirely different player. Jensen’s ability to play any number of champions and styles unlocks a ton of flexibility for Cloud9. And in a group of dangerous mid laners, Jensen’s ability to shove his lane and gain priority in game after game made it possible for his team to qualify for the quarterfinals.

Of course, if surviving the Worlds group stage was a simple matter of mid lane priority, Cloud9 wouldn’t be the only NA LCS team in the last few years to achieve that. But Cloud9 also have one other thing going for them: They don’t seem overwhelmed by the tournament itself. Don’t believe it? Watch their post-match interview for yourself:

In the past, NA LCS frontrunners like TSM have seemed too caught up in Worlds. They care so much, it almost gets in their head. Cloud9? Their secret is they don’t care at all. Sneaky, in particular, has always had this air of nonchalance about him, which seems to cause wins and losses to just bounce off of him.

This year, the frontrunner that’s struggled is Team Liquid. They won two-straight NA LCS splits and have vacillated between tepid and chaotic so far at Worlds. So maybe they need to take a page from Cloud9’s book: Relax. Ignore the names on the opposing side on the scoreboard. Trust in their own comfort picks and strategies, focus on mid lane priority, and make the game simple. If it’s worked for Cloud9, NA’s third seed, it should work for the rest of the region.