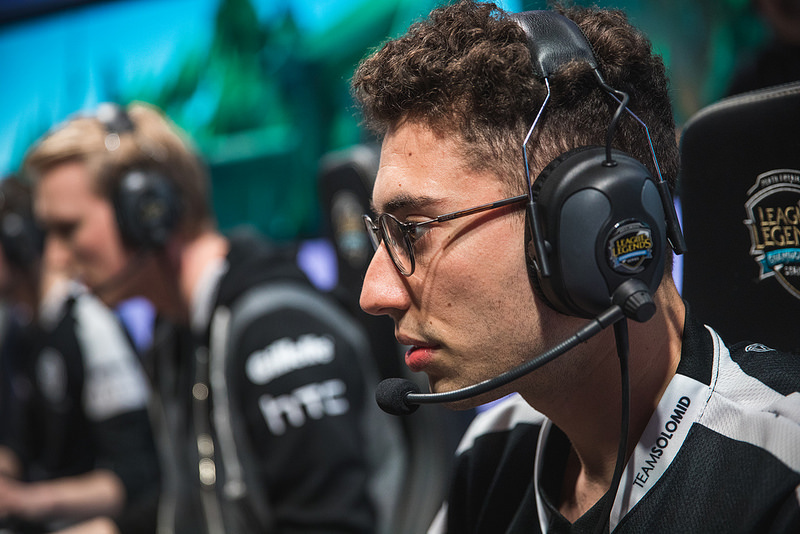 It’s official—TSM and Cloud9 are no longer top-tier teams in the North American LCS. The grudge match between the long-time rivals was a 41-minute slugfest, with TSM finally emerging victorious.

The game started out with a good play by C9. Jungler Dennis “Svenskeren” Johnsen picked up a kill on TSM support Alfonso “mithy” Aguirre Rodríguez with a dive down bot lane. Sloppy decision making ended up handing over two kills to TSM on the escape, however.

That level one play was a perfect example of the sloppiness exhibited by both teams over the course of the game. C9 managed to take down the first Baron buff of the game, storming through the base of their opponents for two quick inhibitors.

It all went downhill from there, though. After losing a fight in the mid lane, C9 made the questionable call to try and rush Baron without their jungler. TSM rookie Jonathan “Grig” Armao jumped into the pit with mithy and smited the objective, with both players trading their lives for the buff.

TSM then ran it down and managed to find a final fight in the bottom lane to seal the victory, but it truly felt like neither team deserved a win after that mess of a game.

C9 still look shaky in the mid to late game, with plenty of bad or strange calls, like the decision to try and do Baron without Svenskeren. Bringing back star support Andy “Smoothie” Ta was supposed to help prop up their shotcalling, but nothing of the sort happened. Nicolaj Jensen was also inserted back into the starting lineup, and he had a couple missteps in side lanes on his Irelia.

As for TSM, it was the same old story. Even swapping out head coach Kim “SSONG” Sang-soo on stage for veteran Ham “Lustboy” Jang-sik couldn’t shake the team from its draft phase woes. While playing traditional compositions is fine, TSM seem to love picking losing lanes and playing for late game—a ploy that simply doesn’t work against the best teams in the league. Mid lane star Søren “Bjergsen” Bjerg failed to impress on Darius, continuing a trend of poor play that began in the spring. The saving grace this game for TSM was marksman Jesper “Zven” Svenningsen, who went deathless on Varus.

Both teams still have a lot of work to do if they want to regain their thrones in the LCS. TSM will try to go undefeated on the week against Golden Guardians tomorrow, while C9 will look for its former glory against Echo Fox.