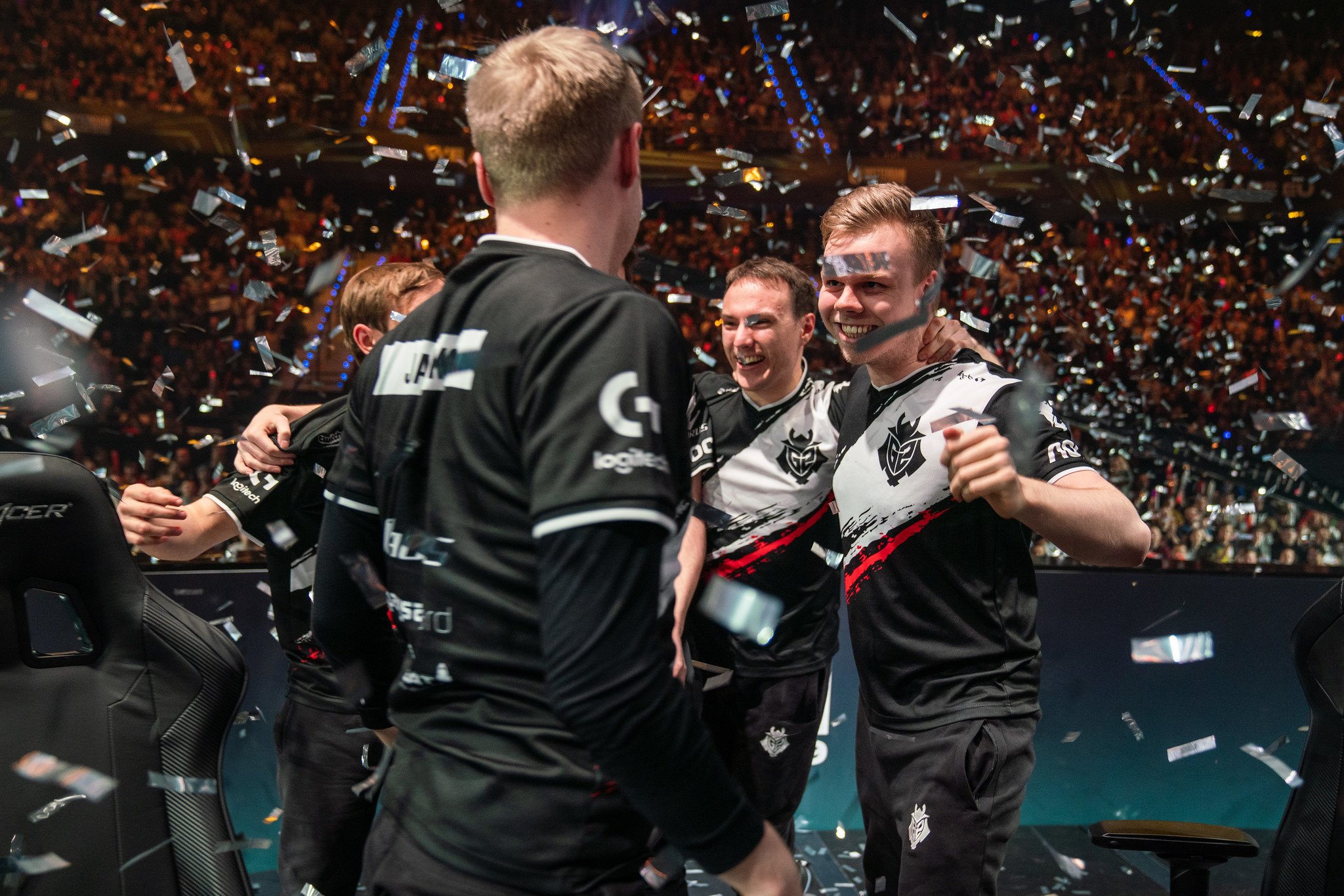 As they clean up the confetti from the floor in the Ahoy Arena at Rotterdam, we must bow down to the undisputed kings of Europe, G2 Esports. This European superteam has taken on all challengers to their claim as the best in the LEC, and they stood strong.

Their dominance of Origen at the Spring Split finals was a cherry on top of their strong season, ending the series with the quickest game in the history of the LEC at 18 minutes and 31 seconds—and it took them less than an hour and a half to win it all.

This, however, will be their greatest test yet as they move forward to face off against some of the best teams in the world at the 2019 Mid-Season Invitational. From teams like Invictus Gaming to SK Telecom T1, this will be a challenge that G2 haven’t faced before this split.

Can G2 Esports rise above and prove themselves as true international contenders, or will the competition at MSI derail the European freight train and humble them?

G2 might be one of the strongest rosters that Europe has ever created, especially with the addition of superstar Rasmus “Caps” Winther and the switch for Luka “Perkz” Perković into the bottom lane.

Many of G2’s players have the ability to play almost any champion. The lineup’s flexibility has been the bane of every European team’s existence and should be something that teams fear at MSI. Their willingness to stray away from the meta and play things like a funnel composition or Zoe in the bottom lane will be a difference-maker next month.

G2 have to harness their unpredictability and aggressive playstyle to keep all of their opponents off-guard, because although they’re very strong in traditional compositions, a lot of their opponents might be better than them in that regard. Keep the competition on their toes and don’t let them get comfortable.

SKT and Invictus Gaming are obviously their biggest challenges at the tournament, and both of these teams are no stranger to adapting to adverse situations on stage. G2 have to avoid falling into their styles of play, and instead, force them to adapt to the multiple styles they know they can run.

Perkz and the growth of an ADC

One of the biggest question marks that G2 have for MSI is their bottom lane. This will be Perkz’s first true test as an ADC since he switched to the role at the beginning of the season.

The bottom lane is one of the most contested lanes at the tournament, featuring players like SKT’s Park “Teddy” Jin-seong, Invictus Gaming’s Yu “JackeyLove” Wen-Bo, and even Team Liquid’s Yiliang “Doublelift” Peng. Will Perkz’s champion flexibility be able to withstand the focused attention of some of the best marksmen in League of Legends?

We also have to take into consideration the possible absence of G2’s main support Mihael “Mikyx” Mehle, due to his wrist issues. Mikyx has been a guiding hand in Perkz’s quest to mastering the ADC role, and his presence has been extremely valuable, especially during the laning phase.

If Mikyx isn’t able to play, then G2 will be forced to field Hampus “promisq” Mikael Abrahamsson, who’s a considerable downgrade. In a world where Cho “Mata” Se-hyeong, Jo “CoreJJ” Yong-in, and Wang “Baolan” Liu-Yi are all looking to take over the bottom lane, Perkz will need all the help he can get.

There’s no doubt that Perkz is one of the most talented players in Europe, but he’s still growing and learning in a brand-new role. Trial by fire is a viable choice for someone as good as Perkz, but the competition will be the fiercest he’s ever faced.

Caps is one of the best mid laners in the world in the mind of many League fans, and yet, he hasn’t truly proved himself on the international stage. At Worlds 2018, he was bullied around the early laning phase by many mid laners, including Invictus Gaming’s Song “Rookie” Eui-jin.

That loss against Invictus Gaming to deny him a Worlds championship should give him extra motivation to push the envelope with what he can do as a player. In fact, even Perkz, top laner Martin “Wunder” Hansen, and jungler Marcin “Jankos” Jankowski have chips on their shoulders since Invictus were the team to eliminate them earlier during Worlds 2018 in the semifinals.

This past split has helped Caps grow and improve, and in many occasions, G2 had to lean on him and his incredible mechanical skills. Can Caps finally show that he can tousle with the top dogs of the mid lane kingdom? Will G2 Esports top off their brilliant spring with their first MSI trophy? We’ll find out when MSI 2019 begins next month.