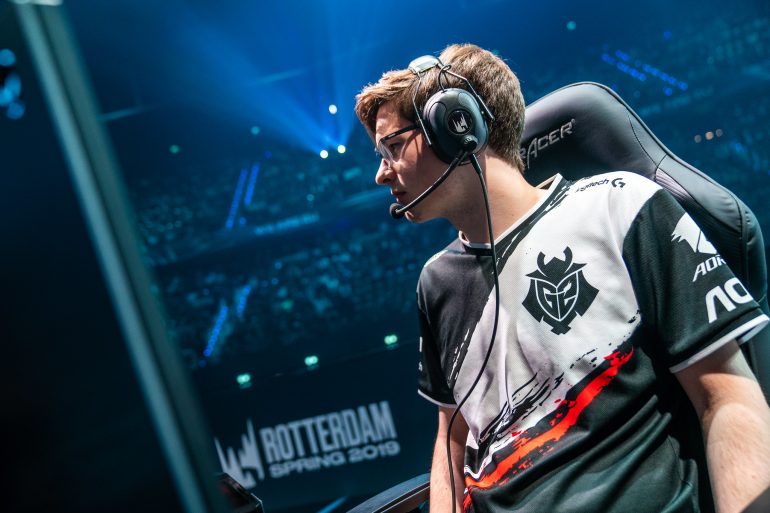 Mihael “Mikyx” Mehle, support player for European League of Legends team G2 Esports, has revealed that he may not be able to compete at the 2019 Mid-Season Invitational.

“I’ve always really wanted to play MSI and play all other top teams from the other regions, but right now, I’m not so sure if that is gonna be possible given that I’m still very much restricted due to the injury,” Mikyx wrote in an Instagram post.

The player has been suffering from a long-term repetitive strain injury in his wrists, and the pain has driven him away from League of Legends. He’s had to drastically minimize how much he scrims and has spent time on the bench in an attempt to recover.

Earlier in the season, after G2 secured first place in the regular split, substitute player Hampus “promisq” Mikael Abrahamsson temporarily replaced him. Despite coming back for the playoffs and beating Origen 3-0 in back-to-back series, Mikyx is still suffering from pain.

“It kinda sucks if we’re going to go to [South] Korea and boot camp,” Mikyx said in a post-series interview with freelance esports host Eefje “Sjokz” Depoortere. “I won’t really be able to play solo queue or scrim against the good teams. It’s bittersweet, I guess.”

There’s hope that Mikyx will sufficiently recover in time, but since he’s been tackling the issue for some months now, the chances are slim. Even if he hasn’t recovered in time, he could still play at MSI, however.

He was in a similar situation during the playoffs, and he could do a repeat performance by choosing to fight through the pain to compete at MSI. If this isn’t an option for Mikyx, though, promisq will likely replace him.

“The healing and recovery takes [sic] priority, but I’m gonna give it my all nonetheless,” Mikyx wrote on Instagram.

The play-in stage at MSI kicks off on May 1 in Ho Chi Minh City, Vietnam where the best teams in the world will compete for their chance at international glory.