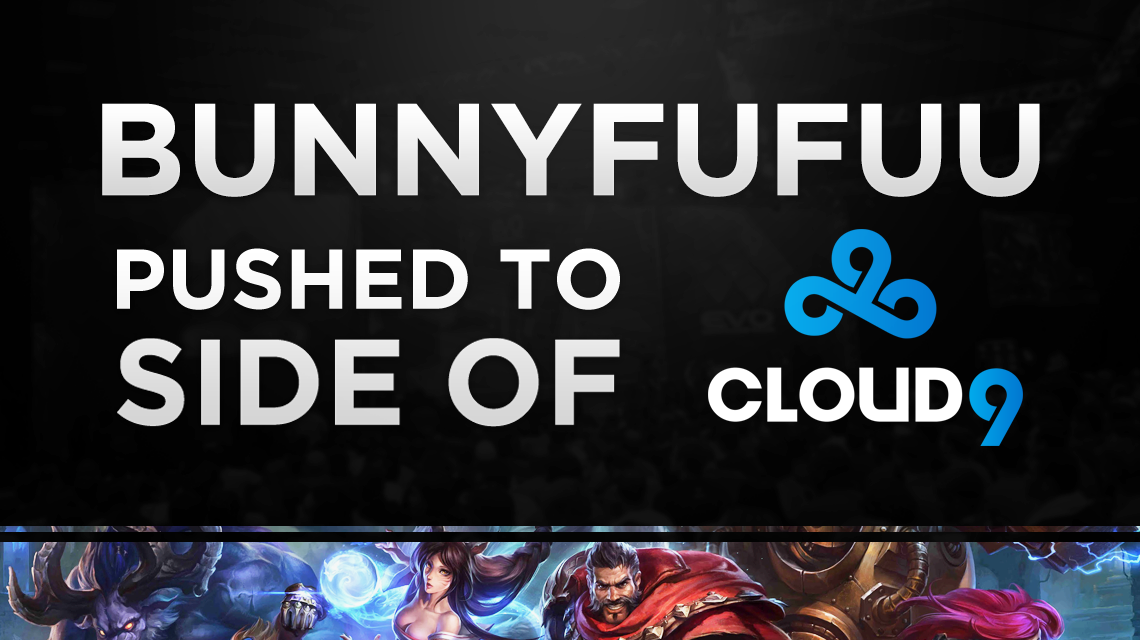 Since the beginning of the 2016 season, many Cloud9 fans have been doubtful that the team’s strategy of rotating support players would be successful. Usually, every other game during a series, they would change their roster, either bringing in Michael “Bunny FuFuu” Kurylo or Andy “Smoothie” Ta. This all changed when Bunny FuFuu announced his departure from the team.

Bunny FuFuu, who originally debuted in the LCS playing for Team Curse in 2014, will instead be acting as a substitute player for Cloud9 and streaming under their brand. Fans of Cloud9 fear not, as Bunny FuFuu claims that there is no bad blood between him and the team and that if he had to make the decision whether or not to join the team again, he would still take the opportunity. His final game (for now) with the team was on July 10, where they came out victorious against NRG Esports. Over the course of the 2016 season, Bunny FuFuu played 19 games with Cloud9, with a record of 9-10.

You can read about his full thoughts on the situation through a TwitLonger he released late last night.

Despite the praise that Bunny has sang about the team, it is likely that we will see him playing for another squad once his contract expires. Whether that be in the LCS or the NACS, no one knows. But one thing is for sure, Bunny is a talented player who will not be sitting on the bench for long.

This is not the only change that Cloud9 has experienced recently. Yoonjae “Rush” Lee, the starting jungler from last split who has since been moved to the challenger team in an attempt to meet strenuous import rules, has also departed. Returning home to South Korea last month, Rush’s future is uncertain.

Currently positioned in fourth place with a record of 8-5, Cloud9 has an excellent shot at doing well in playoffs. Finishing in the top-six during the Spring Split Playoffs, the team hopes to redeem themselves and prove that they can return to the former glory that the organization is known for.

What do you think about these roster changes? Do you think that Cloud9 will benefit or be hindered by the changes? Let us know in the comments below or tweet us @GAMURScom.
Patrick Cowley can be contacted on Twitter, @PtrckCowley.