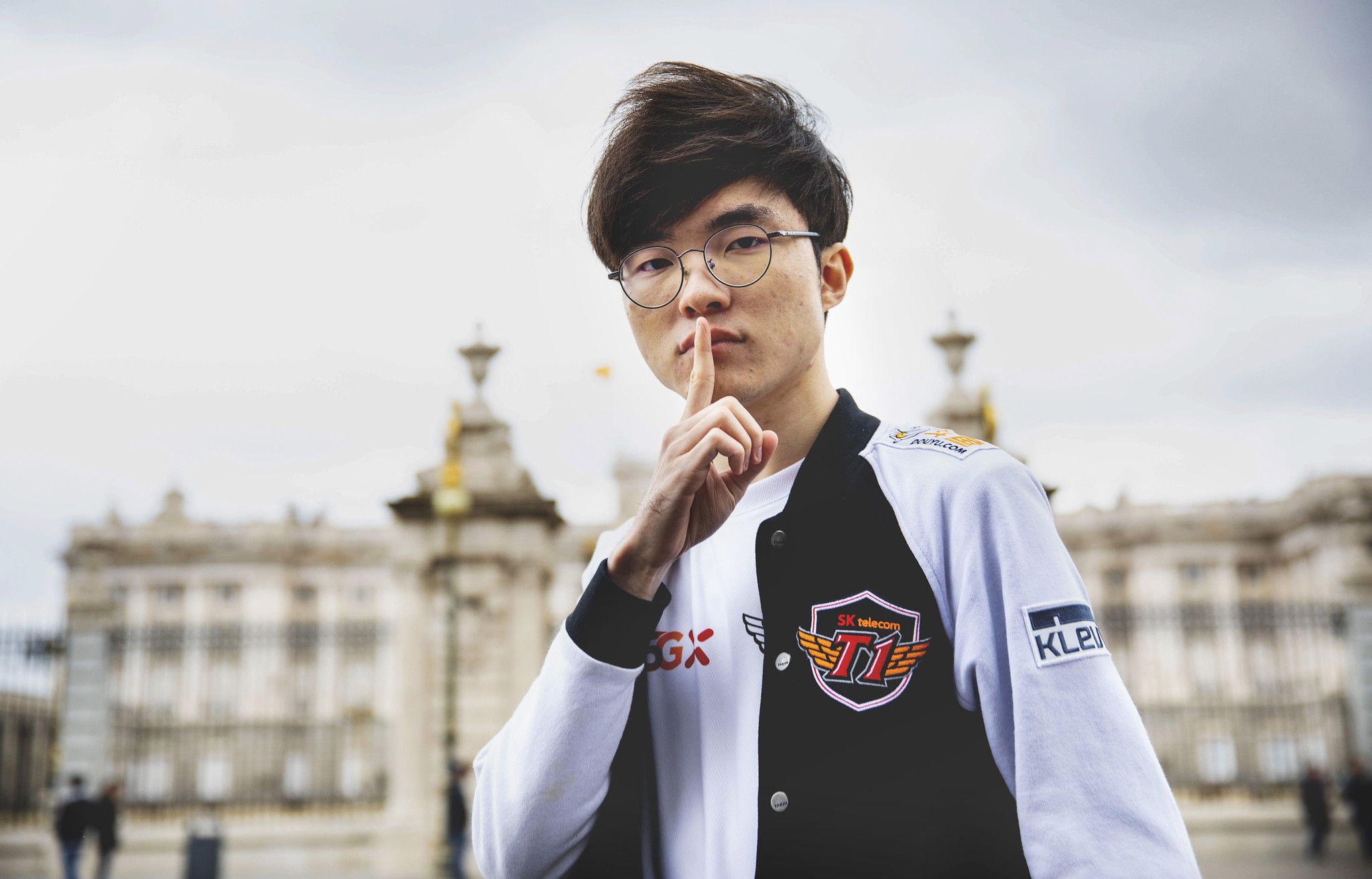 League of Legends fans were treated to several intense matches in 2019. Whether it was thanks to full team efforts or individual players, several stars shined over the last 12 months.

We decided to rank the 10 best League players of the year based on a number of different factors. Mechanical skill, champion pool—including how it impacted the drafting phase—consistency throughout the year, the ability to adapt in an individual game or series, and the player’s role in facilitating their team’s success will all be taken into consideration.

The best players on this list should have a healthy combination of the previously-mentioned criteria. Attributes like mechanical skill may take the upper hand in some situations, but how a player impacts his team’s success is also important.

Here are the top 10 League players of 2019, their accomplishments, their skill set, and what drove them to succeed this year.

Crisp (formally Pinus) was one of the biggest surprises of 2019. He transformed from an above-average player into one of the best supports in the world.

His dynamic with bot lane partner Lin “Lwx” Wei-Xiang and mid laner Kim “Doinb” Tae-sang was crucial to his team’s success in the LPL, helping the five-man lineup excel in both the spring and summer seasons.

Doinb may have been the man of the hour at Worlds, but Crisp’s flexible champion pool, roaming pressure, and tip-top teamfighting were essential to FPX’s run in 2019.

T1 had a resurgence this year after failing miserably in 2018 and missing Worlds to a seventh-place finish in the LCK.

The team built itself around legendary mid laner Faker, the greatest League player of all time—and, for the most part, it was a success.

Faker’s stability, flexibility on the team, and clutch playmaking ability thrived. He wasn’t his old one-vs-five self, but he didn’t need to be. He had a strong and capable team on all sides of the map. Top laner Kim “Khan” Dong-ha, jungler Kim “Clid” Tae-min, and bot lane duo Park “Teddy” Jin-seong and Lee “Effort” Sang-ho were all reliable players, each with their own individual set of skills.

At MSI and Worlds, Faker looked uncharacteristically out of his depth, though. He slipped up, overextending and missing the mark far too many times. But while Faker may have not been the best player in 2019, he was still integral to his team’s domestic success.

Coming in first place in both the LCK Spring and Summer Splits and earning a top-four finish at Worlds should never be taken with a grain of salt.

Invictus Gaming were the Song “Rookie” Eui-jin and Kang “TheShy” Seung-lok show last year. But in 2019, JackeyLove stepped up, honed his skills, and proved his value to the team.

If not for a keen and mechanically confident JackeyLove, Invictus would’ve lost to Top Esports in the summer playoffs and failed to advance to Worlds.

This might not have been the team’s best year, though, after failing to beat rivals FPX. But despite the results, JackeyLove was one of the best AD carries in the world.

Tarzan was one of the best junglers in the world throughout the regular seasons in the LCK. Griffin were a dominant force, barely losing a series, and Tarzan was unstoppable, especially in the spring.

In the playoffs, though, T1 came out on top, pushing Griffin to the wayside with absolute ease. It looked like an element of performance anxiety came into play when the team fell at the final hurdle. But despite failing to come in first place in Korea, Tarzan looked exceptional.

An impressive combination of a wide champion pool, mechanical prowess, and an aggressive jungle presence allowed him to succeed.

At Worlds, Griffin had a promising group stage, beating G2 in back-to-back games. But in the quarterfinals, they were thwarted by Invictus. If it wasn’t for ongoing controversy within the Griffin camp, however, Worlds may have been an entirely different story.

Invictus may have not lived up to expectations at MSI, but TheShy was a shining light for the team. He was consistently the best top laner in China in 2019 and his carry potential, even despite the unfavorable metagame, was undeniable.

Instead of sitting back and giving in to the pressure, TheShy played with vigor and determination. His team had moments of weakness, especially in the Summer Split. But when it came down to the end, TheShy was in full force.

All eyes were on rival DAMWON Gaming top laner Jang “Nuguri” Ha-gwon and his pocket pick Vladimir at Worlds, but TheShy was the true star of the show. His unapologetic aggression and his clutch teamfighting earned him a spot on this list.

For the second year in a row, Caps made it to the finals of Worlds. He inevitably failed to complete the League grand slam, but he was close. In doing so, he proved last year wasn’t just a blip in the timeline and that he rightly deserves to be considered one of the best in the game.

His unpredictability, cocksure confidence, mechanical skill, and champion pool all contributed to his success in 2019. He was by far the best mid laner in Europe and was almost unstoppable on the international stage.

This year, Caps pushed aside his Craps persona and fully embraced Claps.

Both Tian, the MVP of the Worlds finals, and Crisp were instrumental in FPX’s success in 2019. Doinb may have been the puppet master of the show, but Tian was an essential cog in the FPX machine.

The Worlds meta proved to be centered around the jungle and Tian’s confidence within his role, his dynamic champion pool, and his mechanical skill were accentuated by his team. He had the means to invade without hesitation, tower dive, and skirmish—and that’s exactly what he did.

Most junglers, especially without international experience, would take the low-risk, low-reward option in his scenario. But instead of holding back and drawing out the game unnecessarily, Tian took the initiative and snowballed his teammates.

The same could be said for his Spring and Summer Split performances. Tian was the king of the jungle in China and he was the king at Worlds.

Last year, Clid showed his world-class potential with the LPL’s JD Gaming. But he didn’t hit his stride until 2019.

On one of the most stacked rosters in Korea alongside big names like Khan, Faker, and Cho “Mata” Se-hyeong, Clid looked like an afterthought.

He quickly became one of the star carries of the team, though. His dominance in the jungle, champion pool, and ganking pressure were only matched by that of Griffin’s Tarzan.

The team may have fallen short in both the spring and summer regular seasons, but in the playoffs, Clid’s wrath came into full effect. He was unstoppable. Combined with the stable hand of Faker, he took out the top dogs, Griffin, with ease.

At Worlds, Clid was one of the redeeming factors of the roster. Faker wasn’t quite his old self and the team’s slow and methodical playstyle looked outdated against the aggression of Europe and China.

But while T1 may have lost to G2, Clid looked like the better jungler in that matchup. And if it wasn’t for unprecedented late-game blunders from the team, his carry potential could’ve been enough to tip the scales in T1’s favor.

Perkz’s transition from mid laner to ADC was seamless in 2019. His initial role swap looked like a sick joke, but it wasn’t. The face of G2 graciously stepped aside and handed over the reins to none other than rival, Caps.

The cynics predicted it would take “a year or two” for Perkz to be comfortable with his new role. But instead of rolling over and accepting defeat, he embraced the bot lane and quickly found himself at the top of the LEC.

His almost infinite champion pool and mechanical prowess easily translated to the role of ADC—and he dominated. The team had moments of weakness in the Spring Split, but when it came down to MSI, Perkz looked better than ever.

After winning both EU domestic splits and MSI, the team hoped to win Worlds and complete the grand slam for the first time in League history. It wasn’t meant to be, but Perkz was one of the best in the world on the international stage.

FPX’s 2019 LPL run looked too good to be true. The team was almost expected to crash and burn on the Worlds stage, but the end results were far from that. They blitzed through the tournament in dominant fashion, humiliating the European representatives and taking out G2 in a clean sweep.

While Tian may have earned the title of MVP and Crisp was the best support player in the competition, the victory was thanks to Doinb.

He wasn’t the most mechanically intensive player of the year, but his role on the team was paramount to their success. He was the architect of FPX, the leader, and the engager. He facilitated his teammates and constantly pressured his enemies with roams and tower dives.

His champion pool, too, was extraordinary, reshaping the role of a mid laner and influencing the pick and ban phase in his team’s favor. Instead of being the all-out carry and playmaking left, right, and center—like the Faker of 2013—he took the calculated approach and systematically shut down the map. His fast, furious, and unpredictable playstyle proved to be the best in 2019. While it wasn’t always pretty at times, it got the job done.

If anyone deserves the top spot, it’s Doinb. He’s a trendsetter and truly a pioneer of modern League.

This list is based on personal opinion. No aggregate voting took place.