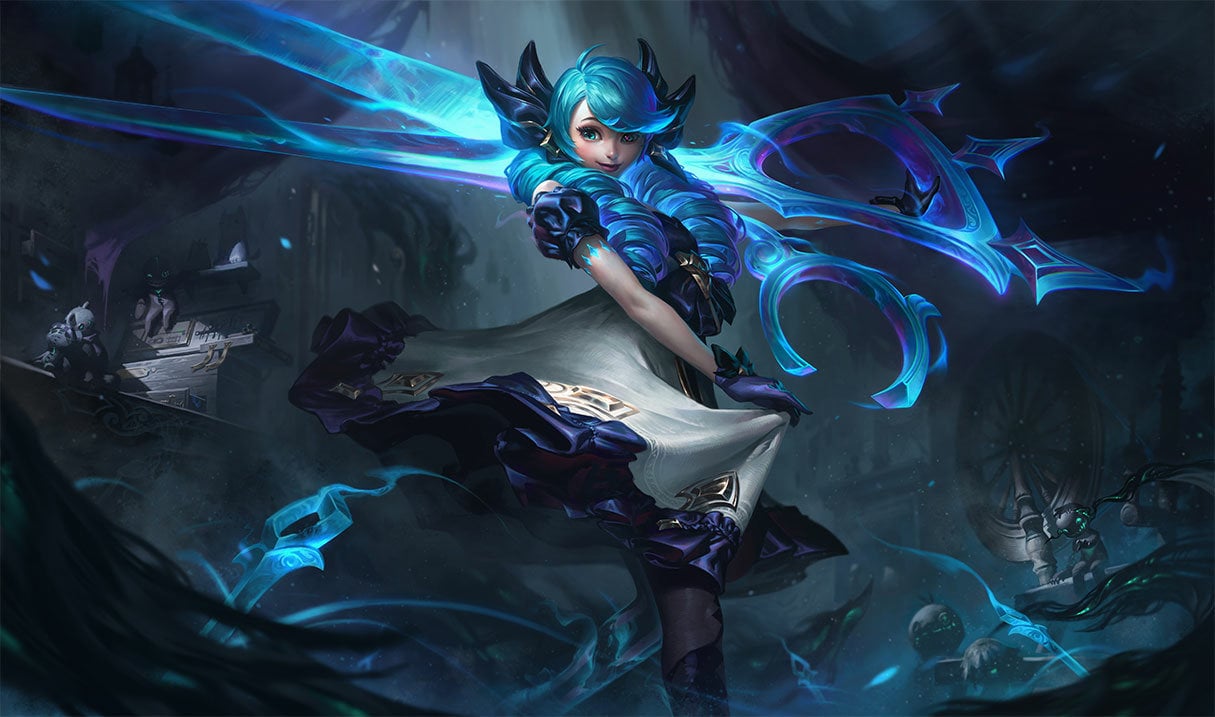 The Hallowed Seamstress has been making waves in both solo queue and competitive play. Even with a small lead, she can snowball out of control and take over games in season 11.

Her base damage is quite high and even without a lot of items, she can dominate her laning opponent with ease. And once she gets to her core items, she becomes a nightmare to deal with for your opponents. If you are left uncontrolled, you can begin split pushing and get a huge gold advantage or flank your opponents for easy kills.

As with all League champions, specific items are going to be more effective depending on the circumstances. But there are certain items that are most effective on Gwen regardless of the situation. These core items are going to give you the best chances of success with The Hallowed Seamstress

Conqueror: One of the best keystones on Gwen, this one is easy to stack, granting you a lot of ability power, and healing once fully stacked. Without it, you’re going to have a suboptimal build, so always make sure to go for the Precision primary tree with Conqueror as the keystone.

Presence of Mind: This rune is going to resolve your mana issues, especially during a hectic teamfight which may take some time. With an assist or kill you’ll regain a big chunk of your mana pool, allowing you to use your abilities once again to press on. Since you won’t have mana items, this rune is a must-have.

Legend: Alacrity: This rune allows you to have smoother auto attacks, however, if you want to be less susceptible to crowd control, feel free to take Legend: Tenacity instead.

Last Stand: This rune gives you more the lower your health is. Since you’ll be in the middle of the teamfight, you’ll get a lot of bonus damage throughout a game.

Bone Plating: This rune stops you from getting burst down. It’s the best defensive rune you could pick in the Resolve tree, so make sure to always take it.

Revitalize: An amazing rune that increases your sustain by five percent. If you drop below 40 percent health, you’ll get an additional bonus of 10 percent.

Having early durability is important for Gwen since she’s a melee assassin who will take a lot of poke damage during the laning phase. Doran’s Shield helps by granting the mid laner 80 bonus health, extra health regeneration, and bonus damage to minions to ensure that you get last hits. This item is going to make farming much safer for the champion early on. If you want a more offensive item, then Doran’s Blade is a great alternative.

During the farming phase, you are most likely going to take damage from enemy champions. Health potions heal back 150 health over 15 seconds and will give you extra time before having to head back to base.

Sorcerer’s Shoes are a straightforward choice as magic penetration increases your damage potential. The item should be purchased after your Mythic item or while working towards it to increase your burst damage output as soon as possible.

Riftmaker is an amazing Mythic item for Gwen, granting her strong stats alongside much-needed Omnivamp to help her sustain in teamfights. The item promotes lengthy skirmishes and doesn’t help you burst down targets compared to Night Harvest, which is more oriented towards small trades. If you’re facing a tanky team, Riftmaker with Conqueror can help you sustain through all their damage with enough ability power. This item is the best Mythic item you could purchase on Gwen so buy it by default in every game.

With so much healing in the game which might deny you early kills, it’s necessary to have an anti-healing item. Oblivion Orb is a cheap 800 cost item helping you with that, while also giving you some ability power early on. You can upgrade it later on to Morellonomicon if needed.

Zhonya’s is a great item especially against heavy attack damage-focused teams or against champions who rely on combos to kill you. One thing which helps this item be great is Seeker’s Armguard, which is one of League‘s most gold-efficient items. If you rush it early on, you can sit on it for 20 minutes without issues since the stats it gives are phenomenal for the gold cost.

In teamfights, Zhonya’s Hourglass allows you to deceive opponents. You can force them to use all of their spells and engage tools on you, then use Zhonya’s to give your team some crucial seconds to unleash devastation on the enemy team while you’re untargetable.

There’s no better offensive item for mages than Rabadon’s Deathcap, the ability power supercharger. Although some players might rush it if they’re winning the lane, it’s a relatively suboptimal path. It’s best to build it if you already have other core AP items. If you have an Ornn on your team who can upgrade it, then consider prioritizing this item. You will get even more ability power from Rabadon’s Deathcrown, the upgraded Ornn version.

If you’re ahead, have plenty of gold, and willing to take risks, then feel free to get this item to amplify your damage and be capable of one-tapping squishy targets–though you could become just as susceptible.

If enemies are stacking magic resist, then you need to invest into a Void Staff. Sometimes it’s worth it to purchase a Void Staff first instead of a Rabadon’s Deathcap if the enemy has a lot of magic resist. Prioritize this item after your core items if there a lot of enemy tanks. However, if the enemy doesn’t have magic resist items, then skip this and get other pure ability power items to increase your damage instead.

If you bought the Oblivion Orb, then you’ll need only 1,700 gold to upgrade to Morellonomicon. While not as efficient as other AP items, it’s a requirement that you get it unless your team has anti-healing elsewhere. The ability power and health granted are great, but the lack of Omnivamp, Magic Penetration, or Ability Haste makes it suboptimal compared to other pure AP items. That’s why you should forego this item if your team has anti-healing already.

Since you’ll be facing a lot of AD-oriented champions in the top lane, these boots are a decent alternative. You might get used to them over time and pick them instead of Sorcerer’s Shoes by default. While those give you magic penetration, which boosts your offense, these give more defense and allow you to sit in the lane for longer periods of time.

If you’re facing a heavy ability power-focused composition or a composition that has too much crowd control, then Mercury’s Treads are a must. It gives you early magic resist and reduces duration from any crowd control on you.

If you want to snowball harder and the opposing team is stacking up a lot of magic resistance, then going for the Ionian Boots of Lucidity might be a better choice compared to Sorcerer’s Shoes. The reduced cooldowns on abilities on top of Summoner Spells will allow you to all-in your opponents more often.

If you are winning the lane and picking up kills left and right, then going for this item can be a nail in the coffin for the opposing team. For the cost of only 1,600 gold, this item can give you up to 145 ability power when fully stacked, making this one of the most gold efficient items in the game.

This item complements your auto attack playstyle by boosting your damage depending on how much AP you have. While early on it won’t be that impactful, it can begin doing a lot of damage with a couple of AP items.

One of the best items you can pick up early on, especially if the opposing team is not running any healing. Going for Cosmic Drive as a second item will feel great if you need the movement speed. It can be devastating if you have a lot of gold and are able to acquire it. The stats granted by it for 3,000 gold are excellent, especially if you have 160 ability power and get the additional ability haste and movement speed from it.

What was once a rush item became an optional item against crowd control. Use it against heavy-pick compositions relying on getting an engage to dismantle you. By having a spell shield to protect you from Nocturne’s Paranoia or Ashe’s Arrow, you can increase your chances of winning such games.

But be wary not to waste the spell shield before a teamfight begins, since it needs quite a bit of time to recharge. If you waste it, then ask your team to wait before engaging to ensure success or victory.