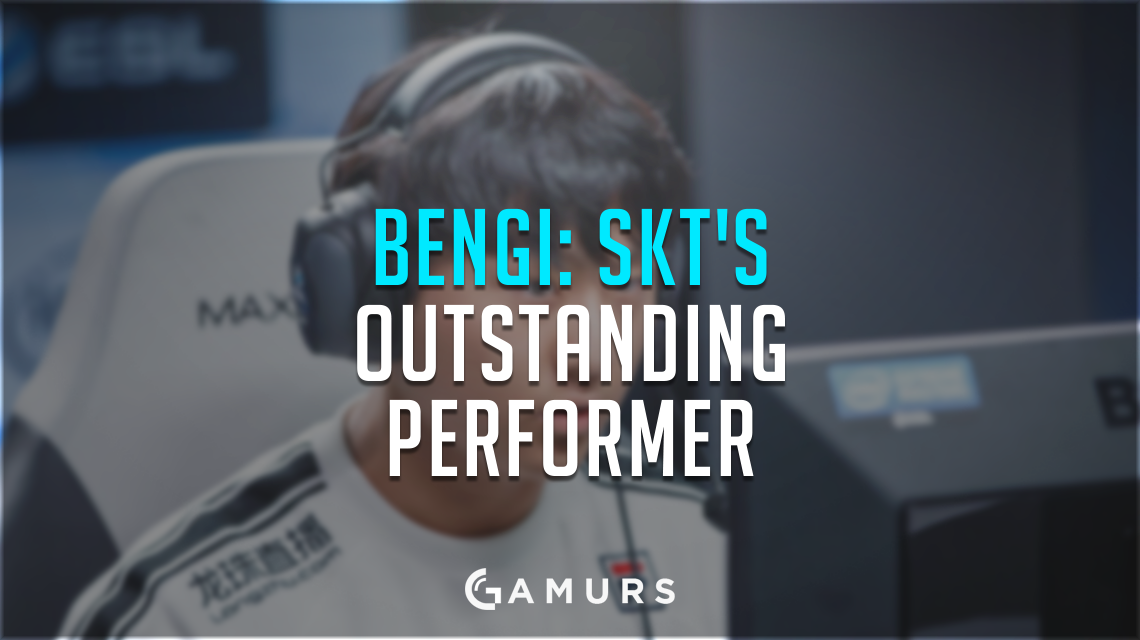 Note: All opinions are my own and do not represent GAMURS or any other part of our ecosystem. Please be advised to take my opinions with a grain of salt; you won’t agree with everything I say or think.

When most fans think about SK Telecom T1 (SKT), they think of Lee “Faker” Sang-hyeok. Well, most people do. For me, I think of Bae “Bengi” Seong-woong, the only other player in the world, other than Faker, to have three world championships under his belt.

No one man makes the team, but one man can be the difference between a losing team and a winning team. When you look at the impact of Bengi on SKT this past Worlds, both himself and Kang “Blank” Sun-gu played 10 games each in the jungle. Benji was able to secure eight wins out of 10, in comparison to Blank’s six wins out of 10 games played.

Benji was 6-1 in total from the semifinals onwards against the two other LCK teams, ROX Tigers and Samsung Galaxy, only losing one match against SSG. Let’s not even get into the fact that Bengi was involved in 60 percent of the first bloods for SKT, while Wolf and Blank were tied for second best at 30 percent (Wolf also played twice as many matches as Bengi).

I think to deny Bengi’s synergy on this team and to overlook him as one of the driving forces, if not the main driving force of the team, is truly shocking.

There is no denying that Bengi and Faker are both legends of this game. They are both outstanding players who have nothing to improve, and the struggle to decide which of them is better is the true testament to the cause. In fact, I feel both of these players are great for different reasons; they perform their jobs flawlessly to the point that SKT is now a three-time world champion organization. There is no denying the testament to their continuing legacy in both the LCK and what they have done for League of Legends as a whole.

The thing is, in my opinion, when it comes to giving praise, most the praise goes to Faker and not Bengi. I understand that at this recent Worlds final at the Staples Center, they had limited time to use the venue, but even then, Faker was the player they interviewed. I understand the hype surrounding him, but I honestly do not believe that he deserved the MVP award at this Worlds from his overall performance. But, at the end of the day, that is just me and my opinion.

Who do you think was the rightful MVP of Worlds 2016? Let me know by commenting below or tweeting us @GAMURScom.