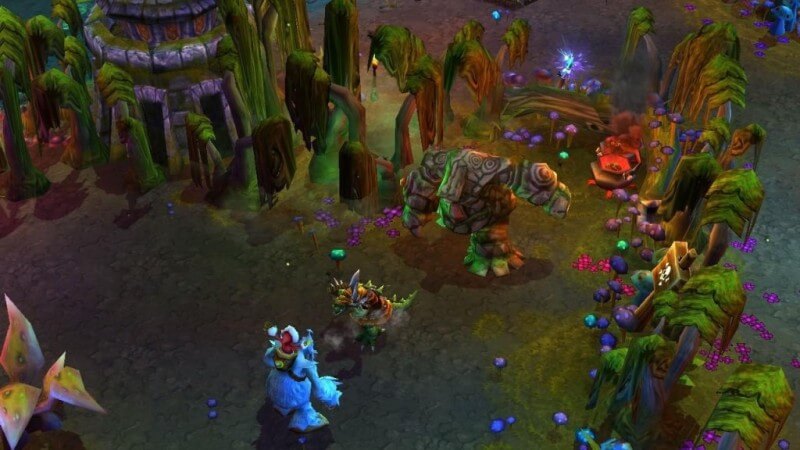 Recently, people have been yearning for something new in League of Legends. I say recently because it seems to have come up as a topic again, but in the past, players have wanted this for a long time. What I’m referring to are alternate maps for League of Legends. In the past, we’ve had this, but it’s been a while. We had a Halloween Summoners Rift and a Winter Rift which looked fantastic at the time of them coming out, but can you imagine how amazing they would look now on the updated Summoner’s Rift? Unfortunately, we haven’t seen an edited map in a very long time. Or have we?

One thing I love about PC gaming is how the community can take issues into their own hands to fix them. In this case, the community, or rather, one person has done this incredibly well. If you’ve ever seen one of my map mod videos, you know I’m referring of course to YurixyWorks. When it comes to map mods, he’s been pretty much the only place I’ve been able to come across and find consistent maps. Here are a few examples of his amazing work: Night Rift:

YurixyWorks, now aptly known as “Mapskins.com” has done a great job in creating some new looks for the maps of League of Legends. The problem is that he seems to be the only one! It’s pretty easy to find custom skins for champions, but what I think we really need are content creators for alternate maps. Could you imagine a massive lava chamber for Summoner’s Rift? Or an underwater theme map? There are so many cool ideas that could come out. So I suppose I’m making a plea towards coders, content creators, map makers and mod creators – Make us some awesome skins, because Riot doesn’t seem to be interested in custom maps! They are very easy to install, so if you’re looking for some custom maps, head on over to www.mapskins.com. -Michael “TheRiverSaint” Brannan (I’m in no way affiliated or sponsored by YurixyWorks or MapSkins.com)