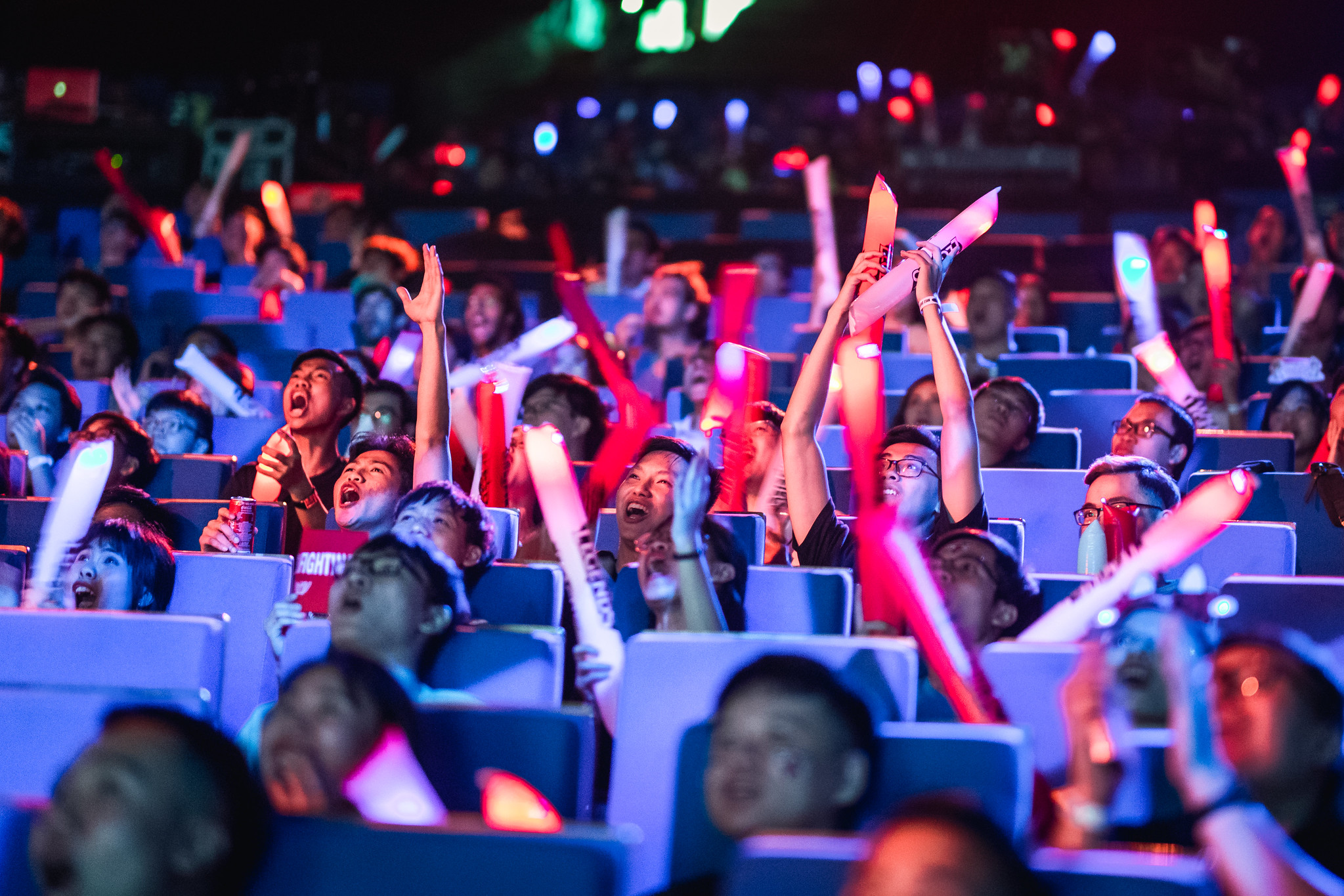 The excitement is palpable and the hype has never been greater as we approach the start of the first international League of Legends tournament of 2022, the Mid-Season Invitational.

Only a few nights remain until the best teams in the world battle for global supremacy, but the community is still buzzing with questions that can only be answered through the grit and grind on Summoner’s Rift. From undefeated streaks to a new era of superstars, there are plenty of unique storylines that will be told when the festivities begin in South Korea.

Before the games start on Tuesday, May 10, however, three of Dot Esports’ League writers were asked a series of pressing questions about the tournament, all of which should be answered once the trophy is lifted at the end of the month.

Which breakout ADC is going to shine the brightest: Danny, Flakked, Gumayusi, or Gala?

The Danny hype train is about to leave the station and tickets are selling out fast. After one of the most memorable playoff performances in LCS history, Evil Geniuses’ fiery young marksman has captured the hearts of League fans around the world with his humble, soft-spoken demeanor and explosive teamfighting capabilities.

We’ve seen other North American players have pop-off moments at MSI before, like how C9’s star mid laner Fudge turned heads with some highlight plays at last year’s event. This time, however, Danny has all eyes on him as he looks to continue his meteoric rise to stardom.

EG does rely heavily on the 18-year-old getting ahead and farming for late, as seen during the regular season and playoffs, so he’ll need to elevate his play to new heights if this roster wants to break through the competition next week. This will also be his first career international event and he’ll be going up against some of the best in his role with names like Gumayusi, Gala, and Flakked. Hopefully for LCS fans, he and his other younger teammates can handle the pressure while trying to live up to the standards they’ve set for themselves.

There isn’t a “global MVP award” in League, but if there was, Gumayusi would be the frontrunner right now.

Gumayusi led the LCK in total kills during the Spring Split with 218, according to League stats site Oracle’s Elixir. For reference, no other player had more than 200. Additionally, with just 1.9 deaths per game this spring (not including the playoffs), Gumayusi proved to be one of the most effective players on the Rift. In his second year as a full-time starter, Gumayusi is making the most of his time on stage, even more so than last year. He’s already won more games for T1 through the first four months of 2022 than he did during the entire 2021 season, while raising his KDA by a full point in the process, according to League stats site Games of Legends. As an added bonus, he increased nearly all of his other stats between 2021 and 2022, including CS per minute, gold per minute, and kill participation, according to Games of Legends. Expect him to pad those stats even further when he gives a rude awakening to opposing ADCs from minor regions.

If there’s any concern for Gumayusi, it’s what he’s going to look like when the meta inevitably shifts at MSI. He’s played 19 of T1’s 50 games this season on Jinx, a champion that received a relatively heavy nerf to her base HP ahead of the tournament. Although he’s also shown strength on every pick in his arsenal (he’s only lost games on three of the 10 champs he’s played this year), the question of “what happens when Gumayusi is left with fewer options” should be on the mind of every T1 fan.

Danny has been unlocked. In a split of incredible highs and disappointing lows, EG found a way to keep North American fans tranced at all times—even with all of the controversies shrouding other teams in the LCS. When EG grabbed hold of these highs, they did so by clinging tightly onto the 18-year-old pentakill machine himself in the bot lane, becoming exactly what they needed for a team not named TSM, Team Liquid, or Cloud9 to reign supreme.

The hype around Danny has been echoed throughout the world, though this will be the first time that he’ll be competing outside of his stomping grounds in NA and representing the entire region in international play. Yet an aspect that continues to inspire confidence regarding Danny’s performances is his laid-back, calm composure, noting during that final victory sweep against 100 Thieves during the LCS Spring Split finals that even when popping off, maintaining this self-control helps him to keep games in EG’s favor.

Danny’s first international match will pit him against another breakout ADC in G2 Esports’ Flaked, who on his own has established himself as a new force in Europe. Regardless of whether EG take home the title at MSI, Danny has more than earned them a spot at this prestigious tournament, on par with joining Sneaky and Doublelift as some of the best ADCs the region has ever produced—and his career is just starting.

Which minor region team has the best shot at making a deep run through the tournament?

Last year, PSG Talon shocked the world with one of the best performances we’ve seen from a minor region representative after they qualified for the knockout stage at MSI 2021. They took impressive victories off of global powerhouses like Royal Never Give Up and MAD Lions, while also winning both matchups against Cloud9.

Although the roster has seen a bit of a shift this past offseason, their dominance in the PCS still hasn’t changed. They do have a bit more of a reliance on their bottom lane than in previous years, shown by the 34.7 percent share that Unified had across his team’s total kills this past spring, according to Oracle’s Elixir. Maple and River’s experience will be missed, but don’t discount the years of play that Hanabi, Unified, and Kaiwing have under their belts.

If they play with the same confidence and aggression that we’ve seen from them in the past, PSG Talon could find some upset wins that could propel them into the knockout stage again.

I’m going to go with ORDER for this one. Not because they’re the strongest minor region team at MSI—I’d probably give that honor to your guys’ two picks in DFM and PSG—but because ORDER has a unique chance to take advantage of the tournament’s only three-team group.

Last MSI, Pentanet.GG were placed into a three-team group alongside Royal Never Give Up and Unicorns of Love. They miraculously advanced to the rumble stage of the tournament, becoming the first team from Oceania to advance at an international League event. If ORDER can stand up against G2 and EG at this year’s tourney and steal a rumble stage berth from one of those major region teams (they play both of those teams four times apiece, so expect some adaptation), they’d prove that they have just as good a shot as anyone to make a deep run.

If there’s any team entering MSI with impressive momentum, it’s DetonatioN FocusMe. The LJL’s hopes for international success for years have clung onto the performance of DFM, who constantly have reigned supreme in the region. But it wasn’t until last year that the team ushered in a new era for themselves, and new worldwide respect for the LJL, when for the first time in the region’s history, a team made it through the group stage at Worlds.

Hot off making history, DFM just ended their most dominant split in the history of their time in the LJL. At 19 wins and two losses during the regular season, the multi-time LJL champions rummaged through the playoffs to once more gain access to an international stage, where they seek to become more than just one-time history makers.

The team’s new mid laner Yaharong and nine-year DFM veteran Yutapon stormed their LJL competition as DFM’s carries, possessing the two highest KDAs of all players in the league—followed by the rest of their teammates. Though the team’s upward battle begins as soon as the group stage, this roster has never looked better and they’re set on once more proving that minor regions can no longer be overlooked.

There is a right answer to this question and it lies in the hands of League’s most prestigious organization of all time. T1 has always been synonymous with perfection, so it was only fitting that they are the only team to have a perfect 18-0 season in the LCK.

This young team has shown that they’re individually confident in their own skills and trust each other in any situation, bad or good, on Summoner’s Rift. It also helps that they’re led by the greatest of all time. Faker has shifted himself back into a playmaking genius as he sets the stage for superstars like Gumayusi and Keria to continue blossoming into household names in the competitive scene. If T1 get anything but an MSI trophy, it should be considered a colossal failure for the organization, especially with the amount of hype surrounding them. But there’s no way T1 doesn’t win this tournament… right?

Now look, I know I boldly said last season that DWG KIA wouldn’t drop a game at MSI and I was brutally scorned for my impudent recklessness when the then-defending world champions dropped the first game of the rumble stage. And I know I said on a certain company-endorsed podcast that I wouldn’t make the mistake of making such an outlandish claim again. But this T1 team is better than anything the LCK has thrown onto the international stage in years and it’s genuinely possible that they head back to domestic play this summer with their perfect match record still intact.

T1’s MSI group—which consists of them, Team Aze, DetonatioN FocusMe, and Saigon Buffalo—is the most lopsided group I’ve ever seen at an international League event. To throw the best pro League team in recent memory in with three minor league representatives (one of which didn’t even win their respective league) feels brutally unfair. It seems more likely than not that T1 will stampede through the initial stage of the tournament.

If they’re going to lose a match, though, it’s probably going to be a ticky-tack best-of-one in the rumble stage to a far-more-qualified major region team. But even if the dream of a perfect season dies at MSI, it’s fair to say that this tournament should be a walk in the park for T1. Teams like RNG, EG, and G2 had to claw their way to MSI tooth and nail by way of exhausting losers bracket runs in their respective leagues. No one’s had as easy of a time on the domestic stage as T1, and I think they’ll transition those performances onto the international one.

I mean, 18-0, one game dropped throughout the entirety of playoffs—surely T1 is everyone’s favorite to win MSI this year. The three-time world champions have once more cemented themselves as the best in the LCK and likely the best in the world. Never before has a team taken a region to its absolute limits by going 18-0 in a regular season.

The most feasible next step for them? Take over the world, again.

This time, we aren’t looking at just Faker. We’re looking at Zeus, Oner, Gumayusi, and Keria all as factors on the same level as the greatest player of all time, and all equally crucial in allowing this team to thrive. Every member on this T1 roster has fully grasped moments of individual success that make attributing the team’s success to just one player an impossible task—something that we maybe couldn’t have said about T1 a few years ago.

Unfortunately for the other teams that have earned their spot to represent their regions at MSI, the sheer dominance of T1 thus far makes it very difficult to see a scenario where they don’t completely run through the competition (sorry, LCS fans).