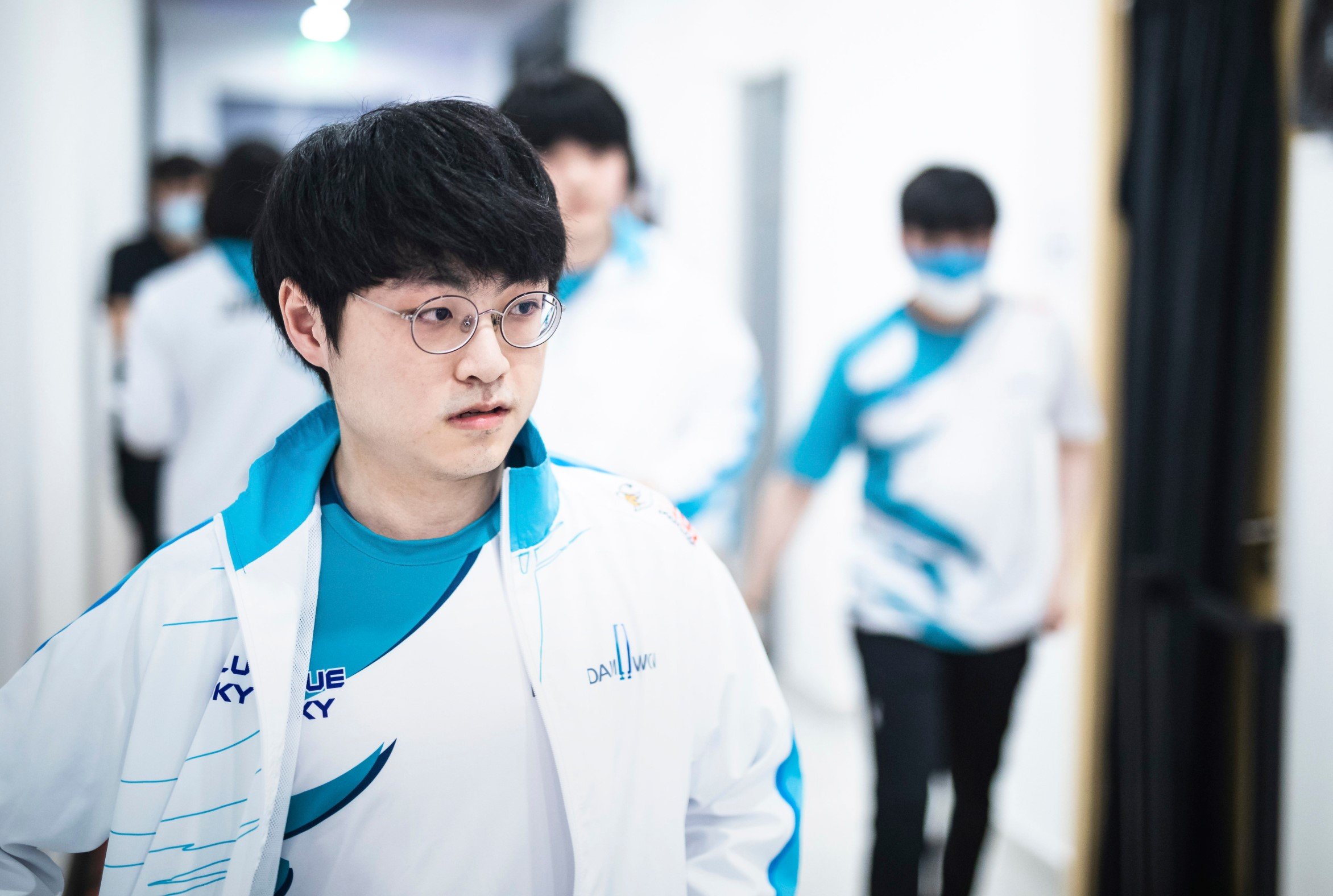 It feels like no time has passed since DAMWON Gaming took home the Summoner’s Cup at last year’s League of Legends World Championship. Largely, that’s because the team has remained just as dominant through 2021 as it was last season.

Coming into MSI 2021, DWG KIA is flirting with history. It’s not often that expectations for a team are this immense coming into an international tournament, and frankly, it’s with good reason. DWG won the LCK Spring Split by a wide margin, dropping just two matches in their sprint to the title.

Now, as the team heads to this year’s Mid-Season Invitational, a battle of the best teams from each professional region, DWG stand out as the strongest among the strong and are obvious favorites. With the best players in the world at multiple positions, DWG’s roster is packed with unparalleled talent that could win an international tournament with their eyes closed.

And after taking a thorough look at the rest of the MSI 2021 field, there’s a chance that a team this good sprints all the way to an international title without dropping a single game.

Okay, that’s a bold statement. But DWG, a team that’s only lost 10 out of 49 games this season, could easily bring that same level of dominance to a tournament where the competition is significantly weaker than it is in their home region of Korea. If DWG can comfortably take down stacked teams like Gen.G and Hanwha Life back home, a tournament made up mostly of squads from minor regions should be a walk in the park for one of the most commanding teams to ever hit the Rift.

And despite losing the best top laner in the world in Nuguri—who signed an offseason deal with FunPlus Phoenix—DWG have hit their stride in 2021 and arguably look better than they did last year. The team is more refined, polished, and well tuned.

A large factor in the team’s nonexistent drop-off in quality has been thanks to the team’s top laner Khan, who, after a down year in the LPL, has come back to Korea with a vengeance. He’ll be attending his third Mid-Season Invitational after a Spring Split in which he returned to form. Khan attended his first MSI back in 2018, and frankly, he looks just as good now as he did back then.

Khan’s numbers are on pace to be just as high with DWG as they were with Kingzone DragonX three years ago. His KDA at the season’s halfway point has only dropped by one tenth of a point from 4.3 to 4.2 in three years, and his winning percentage has gotten somehow even better (a five percent increase to be exact) than it was than when he made his first MSI appearance with the world’s best team in 2018, according to League stats site Games of Legends.

But beyond Khan, the stalwart and dependable solo laner, DWG has seen its players make substantial leaps in 2021. ShowMaker and Canyon make up the indisputable best mid-jungle duo in the game right now. Together, they accounted for over 44 percent of DWG’s total damage this spring, according to Games of Legends. In the bottom lane, Ghost and BeryL are continuing to plead their case for the title of “best duo tandem in the world,” despite playing a weak-side playstyle for a second straight year.

Above all else, DWG have more intangibles than other teams. Beyond DWG’s obvious mechanics, a well-knit roster in its third full season together has definitely built up some synergy by now, while Canyon and BeryL have earned reputations as two of the greatest decisions-makers and shot-callers the professional League scene has to offer. In the case of DWG, there are factors the naked eye doesn’t catch that make them just as much of a winning team.

There are not many teams at MSI that stack up one-to-one against DWG’s practical All-Star team of a starting lineup. But if they are going to be tested and potentially even drop a game, the new-for-2021 “Rumble Stage” could prove to be a threat to DWG’s potentially perfect run.

The Rumble Stage, which is placed in between the group stage and the bracket stage, will see the top six teams from the tournament’s group stage compete in a double round robin, with the top four advancing to the final bracket. This is where DWG would run into other major region teams like Royal Never Give Up and MAD Lions, who could potentially throw a wrench in their dreams of perfection.

DWG will still make it to the final bracket—there’s nearly no doubts about that. But when it comes to getting a run for their money from one specific team, DWG will have to look no further than RNG for a true test. In that potential matchup, DWG will need to look towards its diamond-studded mid-jungle pairing of Canyon and ShowMaker for support in a game that could present a relatively tough—but still doable—task in the top and bottom lanes. RNG’s anchors of Xiaohu and Gala could very well parallel Khan and Ghost, respectively.

Keep in mind that two out of five players on RNG’s starting lineup, Xiaohu and Ming, were with the team when it won MSI three years ago. RNG are perhaps the only team at the tournament that can hold a serious candle to DWG when it comes to player pedigree. Only one other team at the tournament, Cloud9, features a player that has won an international tournament before in Perkz.

And even if DWG doesn’t win MSI with a seemingly unreal, but doable for them, wire-to-wire record of 22-0, the team is still the clear-cut favorite to win the tournament by a country mile.

No team has ever won the Mid-Season Invitational without dropping a single game, but the closest a team has come was SK Telecom T1 in 2017. That squad posted an MSI record of 14-3 en route to the title that year.

In fact, there’s never been a team in the history of League of Legends that has won an international tournament without losing. The only team to ever come close was, once again, SKT in 2015. That team went 15-1 at the 2015 World Championship.

And sure, 22 wins in a row seems like an outlandish task for any team, but it’s important to remember that a hefty bulk of DWG’s games at MSI are going to be against teams from minor regions. At least four of the team’s first six contests will be against Infinity Esports and Detonation FocusMe, while some more minor region squads are sure to make appearances at the Rumble Stage.

And even in the games where DWG won’t play a squad from a minor region, the team should still be relatively favored to win in every matchup. Even when staring down the best the tournament has to offer, DWG should still win on paper.

If you’re a DWG fan, only teams like MAD Lions and RNG should make you hold your breath. And even then, don’t be too worried—especially in a best-of-five. DWG haven’t lost one of those in over a year.