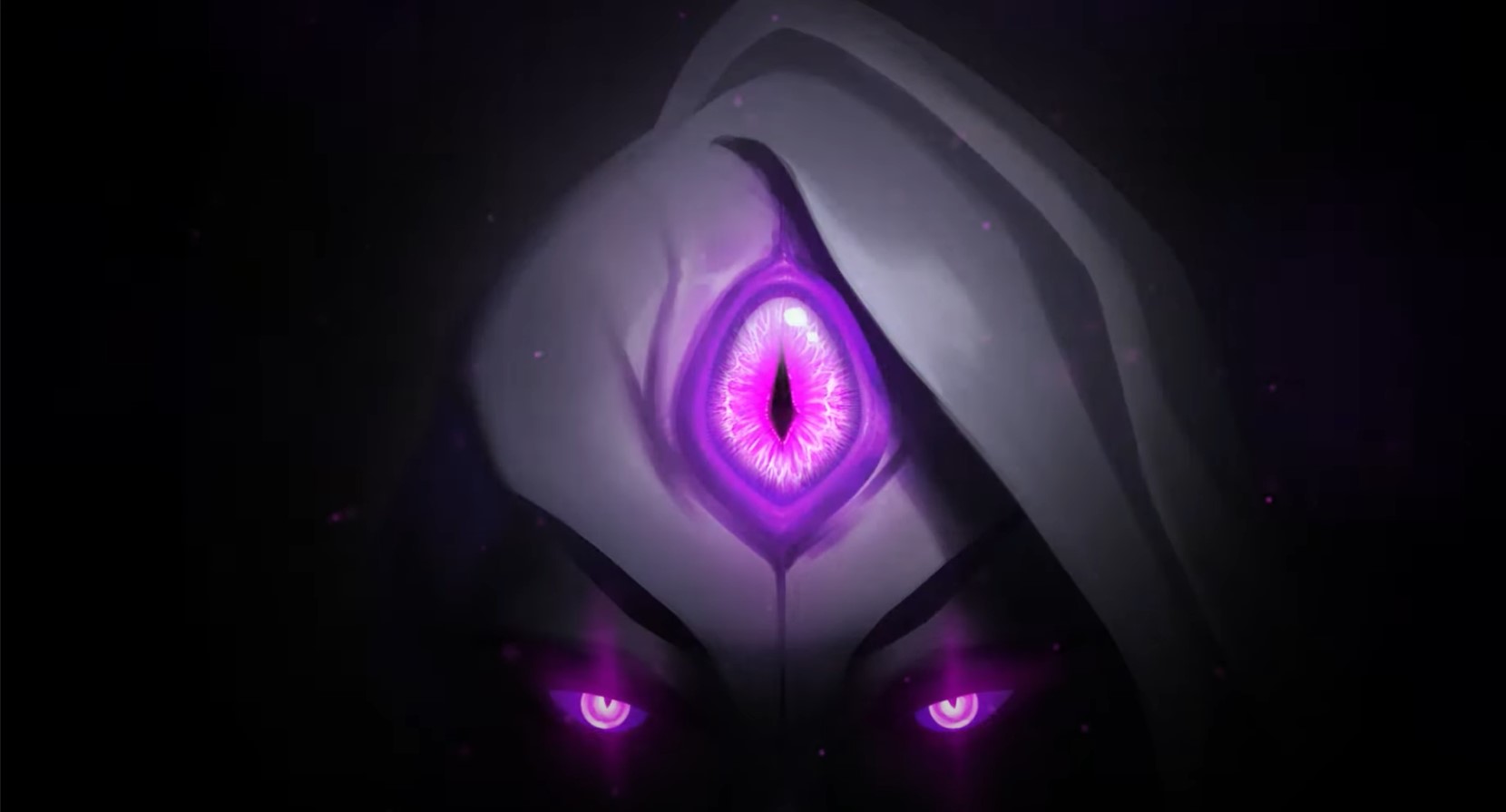 Two unlisted teaser videos have been posted to the official League of Legends YouTube page, each of which appears to hint at a new character emerging from the Void. Additionally, the descriptions for each video tease an upcoming date: May 20 at 2pm CT. It is unconfirmed at this time but suspected that these two videos are associated with an upcoming champion release for League.

The two videos, titled “To the Eye of the Void” and “To the Prophet of the Void,” are structured as direct messages from the mysterious new character to pre-existing League champions Vel’Koz and Malzahar, respectively. Both videos feature intense imagery of a shattered Runeterra, as well as intimidating messages from an unknown feminine voice.

In the first video, the unnamed character addresses Vel’Koz, saying the following: “Eye of the Void, your watchers are incapable of understanding. I am the Void, and I will remake all of Runeterra.” The voiceover is accompanied by visions of Void armies swarming to a battle.

The second video, which shows Malzahar witnessing a vision of Shurima’s destruction, is laid over a harrowing voiceover that says “My prophet, your empress has arrived. Witness your reward, the end of everything.”

Both unlisted teasers also include imagery of a humanoid face with two glowing purple eyes, and a third eye implanted into the forehead.

In addition to these videos appearing on the League YouTube page, the official League Universe website features an updated splash art for Kai’Sa, in which the champion appears to be fully corrupted by the power of the Void.

These videos may have something to do with an upcoming champion release. Earlier this year, Riot teased an “empress” from the Void who would play the jungle position in a Champion Roadmap. The champion, who is apparently called Bel’Veth, may have been leaked last month.