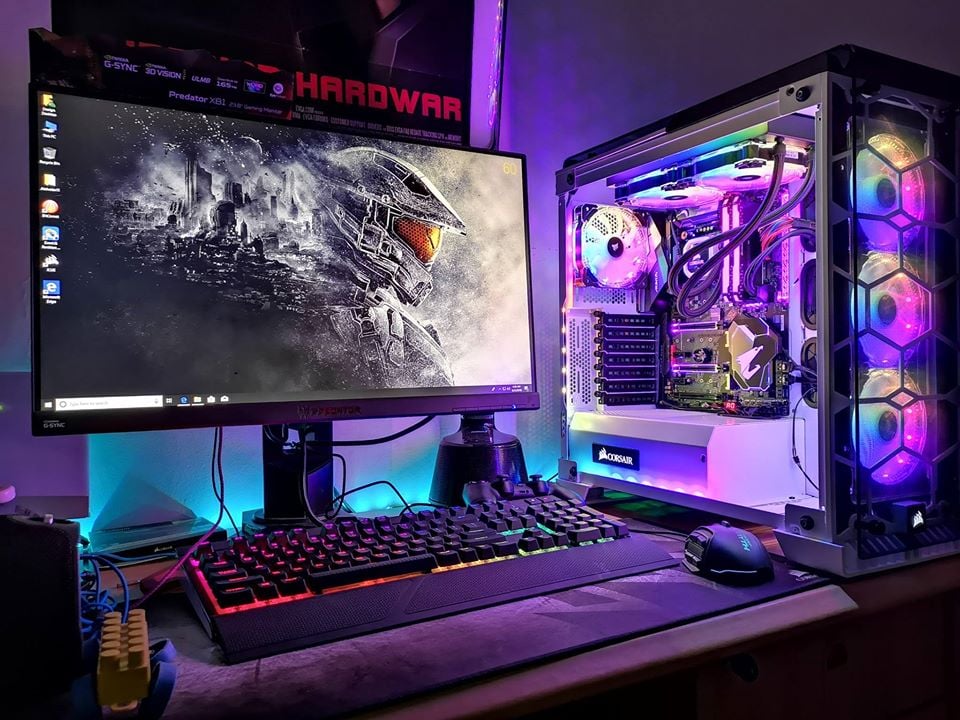 Prebuilt gaming PCs definitely don’t get the attention they deserve. They’re often considered in the gray area between getting a laptop or building your own PC.

Building your own PC costs less, and if you’re a hands-on type person, it’s a lot of fun. But not everyone has the time to do the research, order all the parts (possibly from different vendors), and then wait for them to get delivered so you can finally piece your gaming machine together. And not everyone really likes putting together machines by themself.

To those short on time, prebuilt gaming PCs are here to help. Apart from saving you time, prebuilt PCs also can net you peace of mind. On top of all the warranties for parts, you’ll also be covered by the manufacturer of your rig.

The competition is quite intense in the prebuilt PCs market and most feature immense amounts of customization features. If you aren’t careful enough, you may end up spending the same amount of time looking for a prebuilt PC as you might looking for parts for a custom PC. To help prevent that, we gathered the 10 best prebuilt gaming PCs on the market right now.

In general, HP’s Omen series can be considered a decent success. The company definitely knows its audience. One of the most common problems of prebuilt PCs is that they lack performance customization.

Gamers who’ve been on the hunt for a prebuilt machine will know that a PC could be just perfect if they could only change one component of it. HP Omen Obelisk lets you do that and still manages to have a fair cost. The main reason? The rig doesn’t feature any fancy RGB lighting or show off excessive liquid cooling, both certainly overkill for many budget buyers.

HP Omen Obelisk just gets the job done with its simplistic design.

Cons: The base model may not provide the best gaming experience due to its entry-level graphics card.

Prebuilt PCs that feature a smaller form factor are a welcome option. Their increased mobility essentially lets you game wherever you want. Intel Hades is a great budget PC and is quite compact compared to its competition. If you travel a lot and would like to have a rig with you wherever you go, this one may be the pick for you.

Its only downside? It doesn’t come with its own RAM, OS, or storage, so you may need to either gather those parts online or install the ones from your old rig. Even though it’s the main reason behind the base model’s low price tag, those factors may be deal-breakers for some.

Cons: The price increases drastically if you decide to go for the higher models.

Alienware is one of the pioneers of the prebuilt PC industry and certainly differentiates itself with its slick designs.

Of course, it’s more than just looks with Alienware. Its computers back up the looks with great performance. Though Alienware is known as a premium brand with its new, customizable prebuilt PCs, buyers can choose what they want and essentially decide the price tag themselves.

Aurora is the perfect example of that. With its futuristic design, the base prebuilt model costs a little less than $1,000 and you can work your way up from there if you prefer. Compared to its competition, the base model can be considered future-proof due to its updated components.

Personalized customization options are also available. And if you’re the type of person who gets overwhelmed with choices, Alienware helps you with recommendations.

Cons: May still end up being too expensive for gamers who are on a tight budget.

If any of our picks so far weren’t enough to quench your thirst for RGB, Vengeance 6182 may be for you.

The case’s unique design provides fantastic airflow that will keep your system cool even if you crank up the settings to ultra.

Though you aren’t able to customize some of the parts, if you’re aiming for a high-end PC, you won’t need much tweaking with the Vengeance 6182 anyway.

Cons: Overclocking fans may need to take the ropes into their hands as the GPU and CPU aren’t pre-overclocked.

CLX Set Gaming is one of the most customizable PCs out there. To put it in perspective, its graphics card selection ranges from a GTX 1050 to a whopping TITAN RTX.

It also offers a variety of cases and the whole experience gives you the feeling of putting together your own rig. You pick the parts, they build it, and a gaming-ready PC comes to your doorstep.

Cons: You may end up spending days while picking your parts.

Corsair’s I series features a more compact design with the best possible hardware out there. Customization options for this series are a bit limited because its sole purpose is to provide the most amount of frames possible.

The PC itself is slightly bigger than a console and is quite easy to move around. If you’re on the move too often, the i164 can help you get your fix wherever you go.

This machine should be enough for all of your needs for years thanks to its top-of-the-line specs, which should be quite future proof. It may even last you longer if you don’t game that much.

Corsair One i164 features:

Cons: It may be hard to upgrade due to its compact design.

Though Dell owns Alienware, it makes sure to diversify its product line and offers gaming options under its main brand, too. The Dell G5 is more on the budget side of things and is highly customizable considering its price.

The PC uses the same software as Alienware and is fully VR capable. The rig can also be upgraded quite easily, thanks to its simple infrastructure.

Pros: Decent value for the price.

Cons: The base model may not be future-proof because it features an entry-level processor.

This cute, transformer-looking PC packs a mean punch. Its base model comes with an RTX 2060 and is more than capable of running all new games.

In extremely demanding games, it may get a bit hot due to its console-like size. But its cooling system doesn’t let things get out of control and keeps things on the safe side of the thermometer. The rig also offers a lot of ports which makes it a decent choice if you’re looking for an entertainment PC.

Cons: Upgrading in the future may be hard due to its design.

Every once in a while, a brand appears and challenges its competition with a new idea. In addition to just looking extremely cool, Snowblind also features an LCD side panel that can be used to monitor your PC’s performance or show off some animated wallpapers in LAN parties.

The commercially ready version of the Snowblind can also be customized and you can even change its case fans. Ready-to-go rigs also come with a mouse and keyboard.

Cons: The SSD of the base model is slower than your average SSD.

Of course, a system like this also offers next-level cooling technology and is highly customizable. You can pick the console you want inside of your rig alongside with literally everything in your PC.