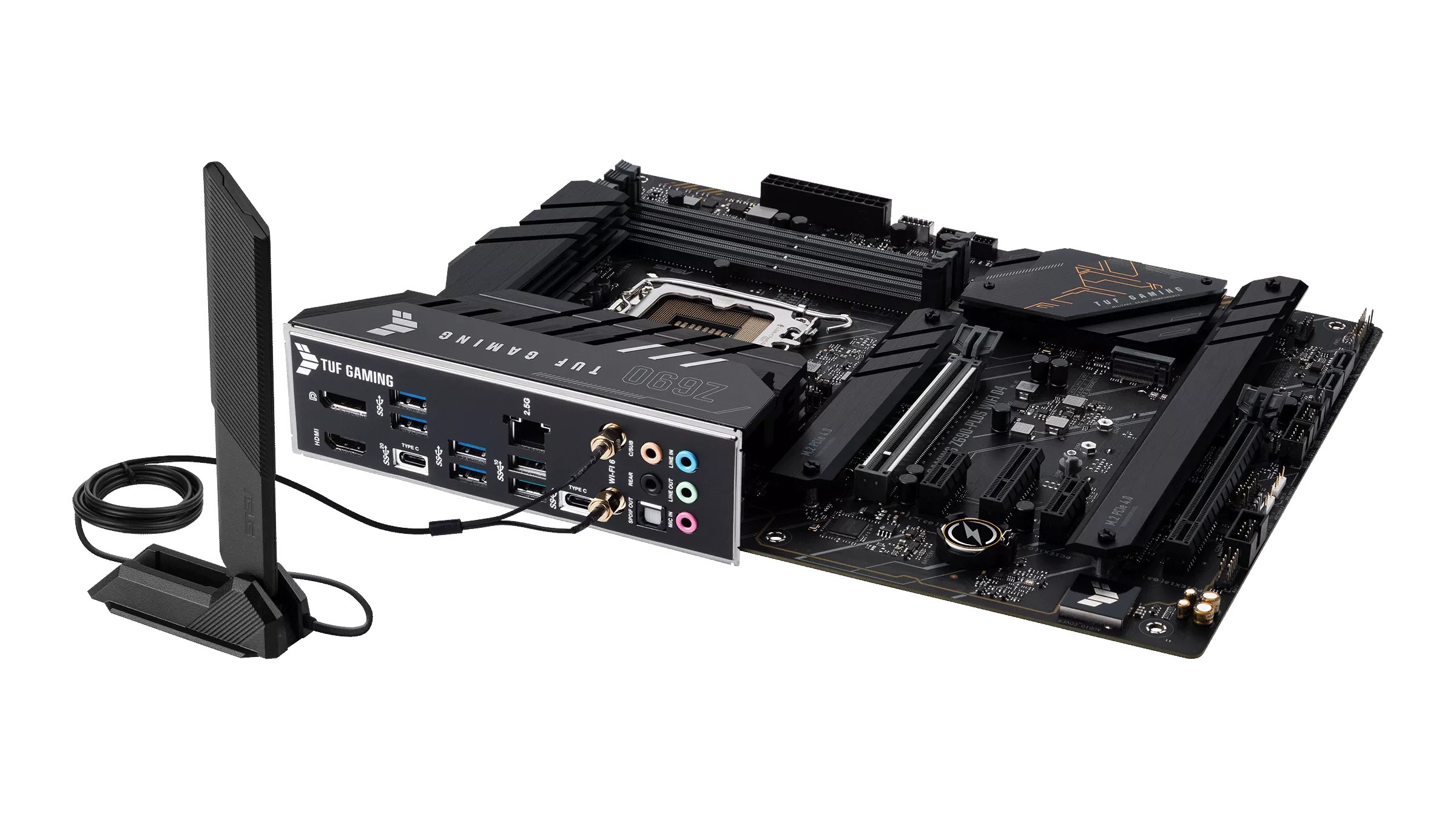 On Nov. 4, Intel introduced its 12th generation Alder Lake processors, which promise better performance and compatibility with new technologies. One of the biggest changes offered by the new central processing units (CPUs) is that they have a hybrid architecture with the cores split into two groups. The performance cores (P-cores) handle gaming and other intensive tasks, while the efficiency cores (E-cores) run background processes.

The new Intel processors support some new technology that isn’t widely used yet but looks promising for the future. Some of the features supported by the 12th generation CPUs are DDR5 RAM, Wi-Fi 6E, Thunderbolt 4, and PCIe Gen 5.

If users want to upgrade to the latest CPUs, they’ll need to buy a compatible Z690 motherboard. Unlike the 10th and 11th generation processors, the 12th gen is rectangular shaped and works on the new LGA1700 socket. Many reputable brands already have a range of Z690 motherboards in their lineups to suit different users.

These are the best Z690 motherboards.

Gigabyte’s Z690 AORUS Master has one of the best balances of price to performance and is packed with features.

One of the best features of the Z690 AORUS Master is its future-proofing. It won’t be going out of date anytime soon because it’s compatible with the latest tech. The PCIe 5.0 slot for the GPU offers double the speed of the older 4.0 version, and it also uses the latest DDR5 RAM, which has a 50 percent improvement over the DDR4 type.

Users get the latest ports and connectivity options on the Z690 AORUS Master. Networking options include a 10GbE Ethernet port and Wi-Fi 6E capability. There are also nine USB-A ports and two USB-C ports. Output options are limited to a single DisplayPort 1.2, and there is no HDMI port.

Despite being more expensive, the ROG Maximus Z690 has fewer VRM power phases than the Z690 AORUS Master. Instead of 19+1+2 VRM phases, it has 20+1 phases, which is still enough to run the latest components. Both motherboards use DDR5 RAM and have a maximum capacity of 128GB.

One area where the ROG Maximus Z690 beats the Z690 AORUS Master is its design. It has a flashier look with a feature called the Polymo Lighting display on the Input/Output (I/O) cover to brighten things up. The display uses RGB LEDs to light the ROG logo on the motherboard.

There’s no doubt that the ROG Maximus Z690 is one of the most advanced motherboards out there, but its price puts it out of reach for many users. It’s still a viable option for enthusiasts who want the latest cutting-edge technology in their gaming rig and can afford the high price.

As a mid-range option, the TUF Gaming Z690-Plus WiFi’s performance is lower than the two previously mentioned options. It has 14+2 VRM power phases and uses the older DDR4 RAM. While DDR4 RAM is slower than the newer DDR5 RAM, it’s also cheaper. Buyers can save some money by using their old DDR4 RAM on their new motherboard.

Considering its reasonable pricing, the TUF Gaming Z690-Plus WiFi has connectivity features to rival the more expensive options listed here. Users get an HDMI 2.1 port and a DisplayPort 1.4 capable of 4K resolution at 60fps. There are also two USB-C ports and a single PCIe 5.0 slot for the GPU. The connectivity options include Wi-Fi 6 compatibility and a 2.5Gbps Ethernet port.

The Asus TUF Gaming Z690-Plus WiFi supports the latest Intel processors without costing a fortune. It’s still capable of fast network speeds and has enough ports for most gamers. Using DDR4 RAM might inhibit its performance compared to DDR5, but it reduces the motherboard’s overall cost.

Budget-conscious users looking for an entry-level motherboard might consider Gigabyte’s Z690 Gaming X. It costs less than the other motherboards mentioned so far, and it offers decent gaming performance and acceptable connectivity options.

Gigabyte had to cut out some features to keep the price low. There is no Wi-Fi capability, and the Ethernet port has a maximum speed of 2.5Gbps. The DisplayPort 1.2 is also slower than the 1.4 version on the TUF Gaming Z690-Plus, while the HDMI 2.1 port matches its speed.

As an affordable motherboard, the Gigabyte Z690 Gaming X can’t match the higher-end competitors on this list. That said, it has more VRM phases than the TUF Gaming Z690-Plus WiFi and includes a PCIe 5.0 slot. Despite its shortcomings, the Gigabyte Z690 Gaming X is a worthwhile option for gamers who want a Z690 motherboard without paying high prices.

Many casual players don’t need the frills of a gaming motherboard and can manage with a standard motherboard designed for office use. Motherboards like the MSI PRO Z690-A are more affordable than gaming versions because they don’t offer the same level of performance.

The connectivity options on the MSI PRO Z690-A are limited, but they are acceptable for a motherboard in its price range. Users get an HDMI 2.1 port and a DisplayPort 1.4. Other ports include a single PCIe 5.0 slot, and a 2.5Gbps Ethernet port. There is no built-in Wi-Fi, though.

This motherboard isn’t the best for competitive gamers who want the best performance at the fastest speeds. It’s geared more towards work and will handle certain games.