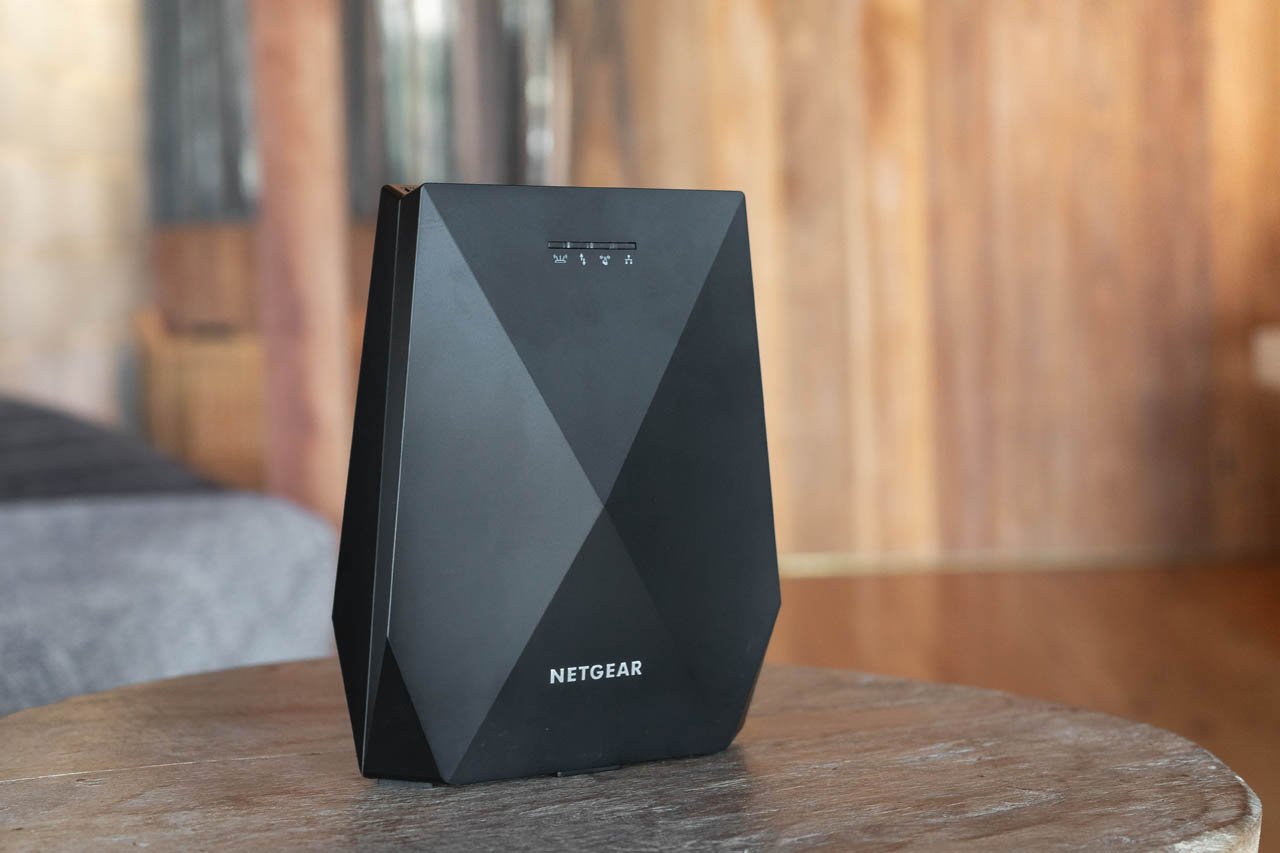 Whether you’re a casual gamer or a hardcore League of Legends or VALORANT fanatic, you need to have the fastest internet speeds possible. It only takes milliseconds to win or lose a game, and you can’t afford to have a weak signal or speed fluctuations.

Getting the best network coverage is dependent on many factors like the size and layout of your building, type of router, and your device. Large homes and buildings with multiple floors can often have dead zones or signal loss.

If you’re having problems with your signal strength, you might need a Wi-Fi extender. A Wi-Fi extender is an affordable way to boost your signal to get broader coverage and consistent speeds over large areas. They are generally easy to install and don’t require running extra cables. You should note that a Wi-Fi extender’s performance can also depend on your router’s quality and placement.

We’ve made a list of some of the best Wi-Fi extenders that work well for gaming. Many routers also have extender capabilities, but we’re only listing dedicated Wi-Fi extenders to keep things simple.

The Netgear EX7700 is designed to easily connect to your existing Wi-Fi with just a press of a button. If you already have a Netgear router, it will seamlessly integrate with the Mesh system for better coverage. This extender is perfect for gaming because of its tri-band system. There’s one 2.4GHz 400 Mbps connection and two 5GHz 866Mbps connections, with one dedicated to backend networking tasks.

The EX7700 also eliminates dead zones and poor signal strength with 2,300 square feet of coverage and support for 45 devices. There’s also a quad-core processor to handle all the traffic and MU-MIMO technology to ensure all users get consistent speeds.  It also has two gigabit ethernet ports if you prefer a wired connection. This Wi-Fi extender doesn’t come cheap, but it’s one of the best options for 4K streaming and gaming.

The Linksys RE9000 is another tri-band Wi-Fi extender with excellent coverage. What makes it faster than conventional dual-band extenders is that one band is dedicated to communicating with the router leaving the other two bands free to channel other network traffic. It also has extensive coverage of 10,000-square feet.

Another excellent feature of this extender is the MU-MIMO technology that ensures all network users get enough bandwidth for their games or streaming. You can easily set up this router by pressing a button or through the web interface. The interface has a nifty tool called Spot Finder that can help you put your extender in the best place for full coverage. Overall this Wi-Fi extender is fantastic for playing Apex Legends or Fortnite and is worth the high price.

The TP-Link AC2600 is a cheaper alternative, and it’s compact enough to plug directly into your AC outlet. This Wi-Fi extender has a dual-core 880-MHz processor and dual-band capability. There’s one 2.4 GHz band with 800Mbps and a 5GHz band at 1733Mbps. The coverage is rated at 14,000-square feet, and there’s also MU-MIMO and BeamForming technology to give all users equal access.

It can be configured using the WPS button or the software interface. The interface is intuitive and allows you to schedule the powering on or off, or even turn off the LED lights at night. The only disadvantage of this Wi-Fi extender is that it will probably block your other power outlets. Otherwise, it’s a solid choice and has brilliant coverage.

The Amped wireless Athena-EX claims to be the first Wi-Fi extender to offer a massive 15,000 square feet of coverage. It has a dual-core processor, 128MB of RAM, and 16 amplifiers to give tremendous signal strength and consistent speeds. Just like the TP-Link AC2600, it has dual bands with 2.4GHz at 800Mbps and 5GHz at 1733Mbps.

This device is excellent if you have lots of devices because it has MU-MINO technology and BeamForming. It also comes with four Gigabit LAN ports if you prefer wired connections, and there’s also a USB 2.0 port and a USB 3.0 port. The USB ports can be used for file storage across the network and are not found on many rival extenders. The Athena-EX Range Extender is perfect if you have a large home or multiple floors.

This extender may be compact, but it still has an ethernet port if you’d like a wired connection. One of the best features of the AC750 is the High Speed mode, which dedicates one channel to backend communications and leaves the other free for other network use. The AC750 has a slow ethernet port and lacks MU-MIMO and BeamForming. But it comes at a low price and has consistent performance.

The Netgear EX7300 plug-in range extender may be small, but it packs in many terrific features. Compared to its rivals, there are no fragile external antennas, and all the work is taken care of internally. It works on dual bands with speeds of 1,733 Mbps on the 5GHz band and 450Mbps on the 2.4 GHz band for a total of 2.2 Gbps. This extender also comes with up to 2,000 square feet of coverage and can support up to 35 devices.

The EX7300 has MU-MIMO capabilities and a Fastlane mode for prioritizing your network traffic. It can be easily set up using the WPS button or the web browser. This extender is one of the best around and can improve your coverage for playing Call of Duty or other online games.

The Linksys RE7000 AC1900 is a compact, plugin Wi-Fi extender with dual bands. It has speeds of up to 300Mbps on the 2.4GHz band and 1,733Mbps on the 5Ghz band. There’s no dedicated channel for backend tasks, but it uses Cross-Band technology to allocate data between the two bands.

For such a small Wi-Fi extender, the RE7000 AC1900 has comprehensive coverage of 10,000 square feet and features MU-MIMO to keep all users happy. There’s even a single gigabit ethernet port to connect your console or PC. If you use the Linksys SpotFinder tool, it will tell where’s the best location to plug in the extender. It’s an excellent choice if you want to extend your coverage without hurting your pocket.