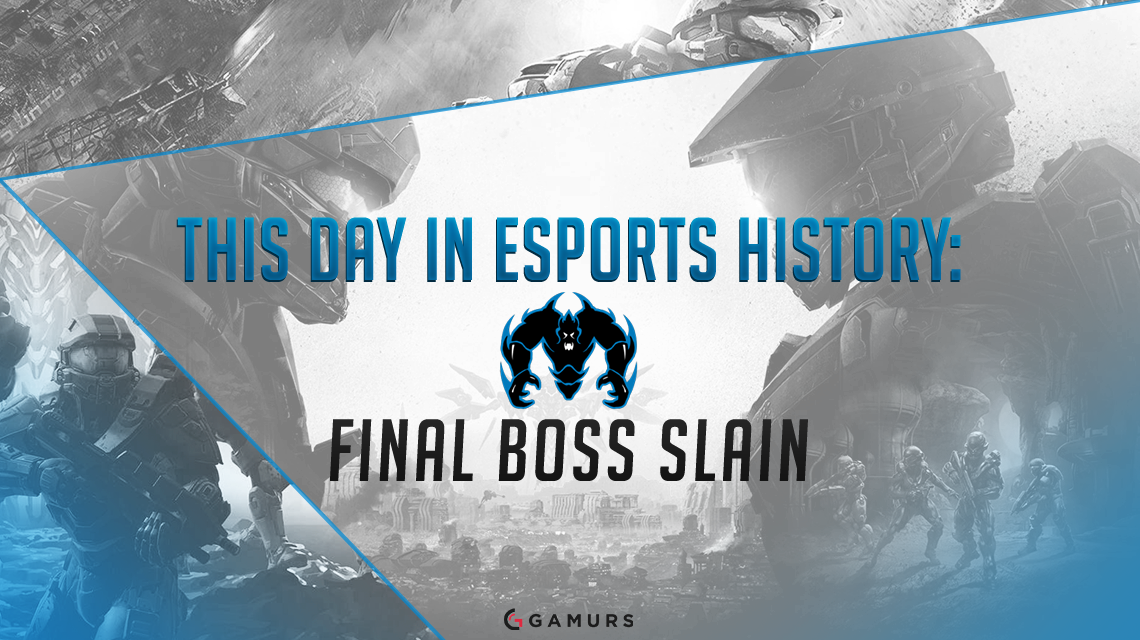 On this day in 2008, legendary Halo team Final Boss wassurprisingly eliminated from MLG San Diego, placing seventh. Thiswas the first time the team did not finish in the top two ofan event since forming in early 2006.

They ran through their first two opponents as expected, sweepingboth, setting up a third round matchup against Believe the Hype.BtH was riding strong momentum, coming off of an upset sweep overFatal Images in round two, but they were still huge underdogsagainst a perrenial powerhouse such as Final Boss.

Despite the odds, Believe the Hype made history bysweeping Final Boss, and sending them to the losers bracket.This was the earliest that Final Boss had ever lost in a tournamentand the first time they had been swept as well. If Final Bosswanted to keep their top two streak alive, they would have to winfive straight series in the losers bracket.

In the losers bracket, they defeated Breaking Point in fourgames to move on to the next round, where they would lose to anup-and-coming Triggers Down team in a hard-fought five game series.The loss put them in seventh place for the event, earning a prizeof $2,000.

The poor finish for Final Boss in San Diego truly marked a newera in Halo. Final Boss would not win another tournament until 2010while Carbon, one of Final Boss’ historic rivals and one of theonly teams to even somewhat consistently beat Final Boss, wouldnever win a championship again. New teams such as TriggersDown, Believe the Hype, Ambush, Instinct, and many more were giventhe opportunity to shine once Final Boss fell in SanDiego.

Following San Diego, Final Boss struggled at MLG Orlando andfinished fifth. This prompted the team to make a tough decision byreleasing Walshy from the roster, replacing him with Mason”Neighbor” Cobb. Walshy had been with Final Boss since it’sinception, and he had been teammates with OGRE 1 and OGRE 2 fornearly four years, dating back to when they were known as TeamDomination. Even with the roster change, Final Boss could not crackinto the top two, leading OGRE 1 and Strongside to leave. OGRE 1would retire from Halo soon after and Strongside would fail toreach great success again.

Final Boss would reclaim their top spot in late 2010, winningthree events, including the 2010 National Championship. However,they could not sustain their success once they switched toHalo: Reach and would eventually disband in 2011.

That is all for today’s edition, but come back tomorrow tofind out what happened on June 15 in esports history.