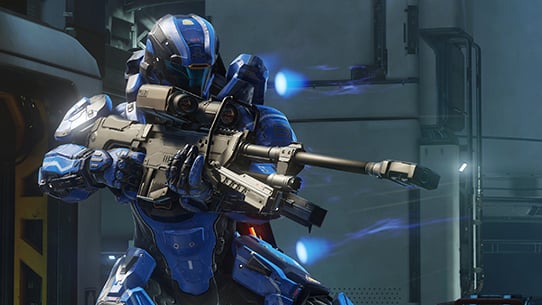 The popular ranked Snipers playlist will make its return to Halo 5 in the July-August Arena season, set to commence on July 6, according to developer 343 Industries’ community update.

343’s announcement this week that ranked Snipers is making its return is certain to intrigue a vast majority of Halo players, who have been waiting for this day for a while.

The general Snipers game variant has been around ever since Halo: Combat Evolved. The more casual variant features a secondary weapon, either a shotgun or magnum. The game mode gives players an opportunity to continuously use the sniper rifle throughout the entire game, which is an non-traditional style of play, considering that the sniper typically is a single power weapon, making it much less available for the players to use.

The well-renowned playlist has been on and off the Arena playlist for Halo 5, as 343 tends to continuously shuffle the playlist outside of Team Arena, Team Slayer, Free for All, and Team Doubles. Every time it is removed from matchmaking, however, fans tend to react negatively, continuously pleading for it to be returned.

Over the years, as the settings and maps have evolved, this game mode continues to retain its popularity. It is unclear as to whether or not this change will be permanent.