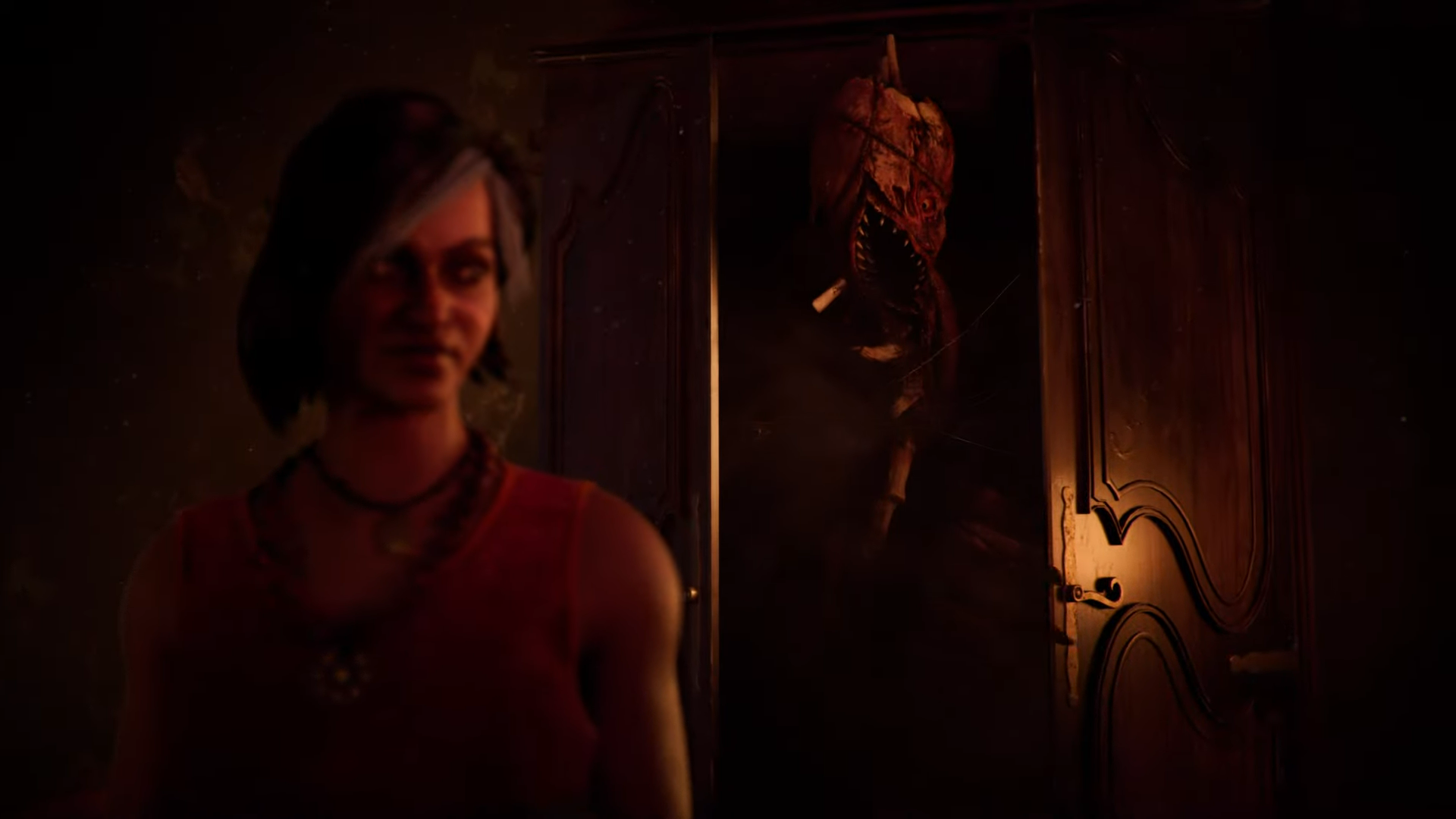 The Roots of Dread are setting in on Dead By Daylight. The game’s upcoming chapter is bringing another killer and another survivor to the mix, marking another monstrous addition to its long roster.

The Roots of Dread is bringing in The Dredge, a new killer who can teleport into lockers and kick off the horrifying Nightfall mechanic, which brings total darkness to the trial and improves the Dredge’s powers.

Playing The Dredge should “feel like you’re the embodiment of darkness, of fear itself,” creative director Dave Richard said in the sixth-anniversary broadcast. Its ability to teleport to lockers gives him a fair bit of mobility, and its Nightfall will slowly build upon the survivors, impairing their vision and adding another layer of fear to the trial. The Dredge also has three unique perks, which can be taught to other killers.

As a foil to The Dredge, Behaviour is bringing a new survivor, Haddie Kaur. She can see Bleeds—areas where the Entity intersects with our reality, according to Richard—and has had a few paranormal encounters of her own.

To add to the chapter’s dreadful ambiance, the game is adding another map, the Garden of Joy, another trial that will serve as a playground for the Entity.

When does the Dredge release in Dead by Daylight?

The Dredge is coming to Dead By Daylight alongside the Roots of Dread chapter, which launches on June 7. Players who can’t wait to try the new killer can already download a test version of Chapter 24 on the Public Test Build (PTB), available on Steam.

The PTB serves as an environment where players can give their feedback on the new content before it debuts on the live servers. This also means that the chapter can play differently on the PTB and on the live servers since all elements of it are subject to change.