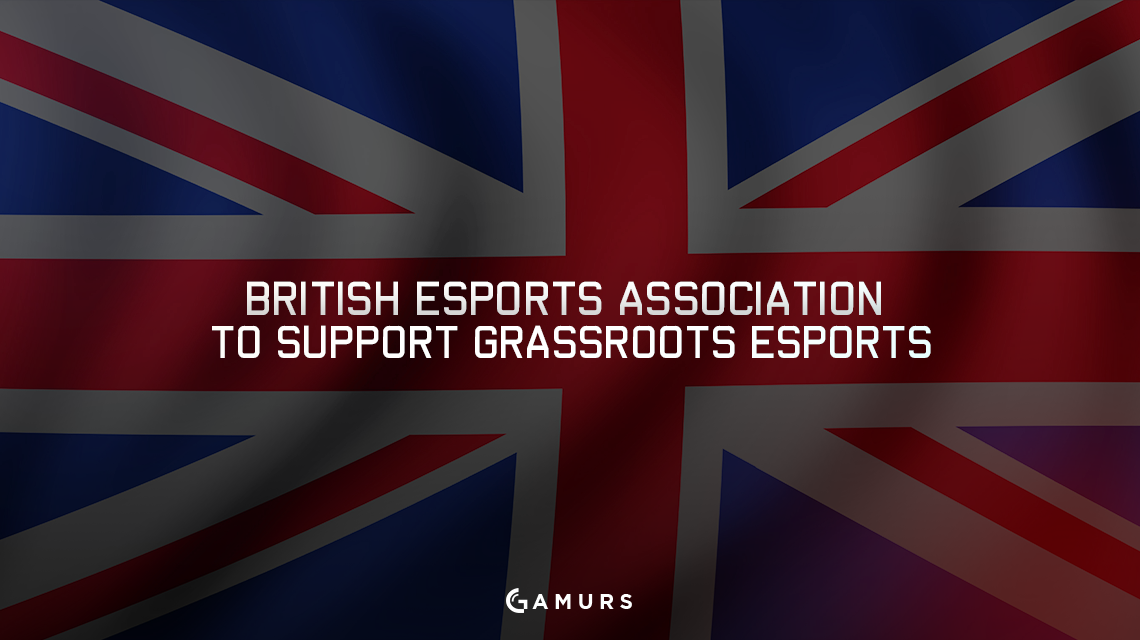 After a consultation period, the association has outlined five key areas of focus: to fund and support grassroots esports, to establish the best practices, to deliver courses and qualifications, to increase awareness of esports and to provide expertise and advice.

Apart from these, the association recognizes that other areas still need attention and will be addressed, such as visas for pro gamers, contract parity for pros and tackling online harassment, something ESL has already begun dealing with. Meetings have also taken place between the British eSports Association and Activision, Blizzard and Microsoft.

“We are on a mission to promote the positive qualities of esports and reinforce it as a credible activity. Esports deliver important life and cyber skills, which all children should have the opportunity to develop. Ultimately, I would like to see the same number of esports clubs in schools as there are traditional sports clubs.”

To further their goal of bringing esports to schools, the association will also be working with various universities and educational institutions.

Lee Dunn, Academic Director for Technologies and Head of Digital Futures at The University of Glasgow, and a member of the Institute for Esports Leadership, said the following about the association:

“The British eSports Association is a central component in our ambition to develop and enhance esports and to act as a catalyst for discussion, collaboration and strategy, supporting current and future players within the United Kingdom. I firmly believe that the British eSports Association can become a beacon for amateur, semi-professional and professional gaming, throughout the world.”

In addition to all this, they will also be setting up an advisory board, with each board member having a sub-group. The advisory board will rotate, with each member sitting on the board for a minimum of 12 months. An observer from the Department of Culture, Media and Sport will also be present. This board is said to be set up in 2017 and announced in December of this year.

What are your initial thoughts on the British eSports Association? Let us know by commenting below or tweeting us @GAMURScom.