Where to find the Astro-Not spaceship challenge in Fortnite Chapter 2, season 3 - Dot Esports
Skip to content 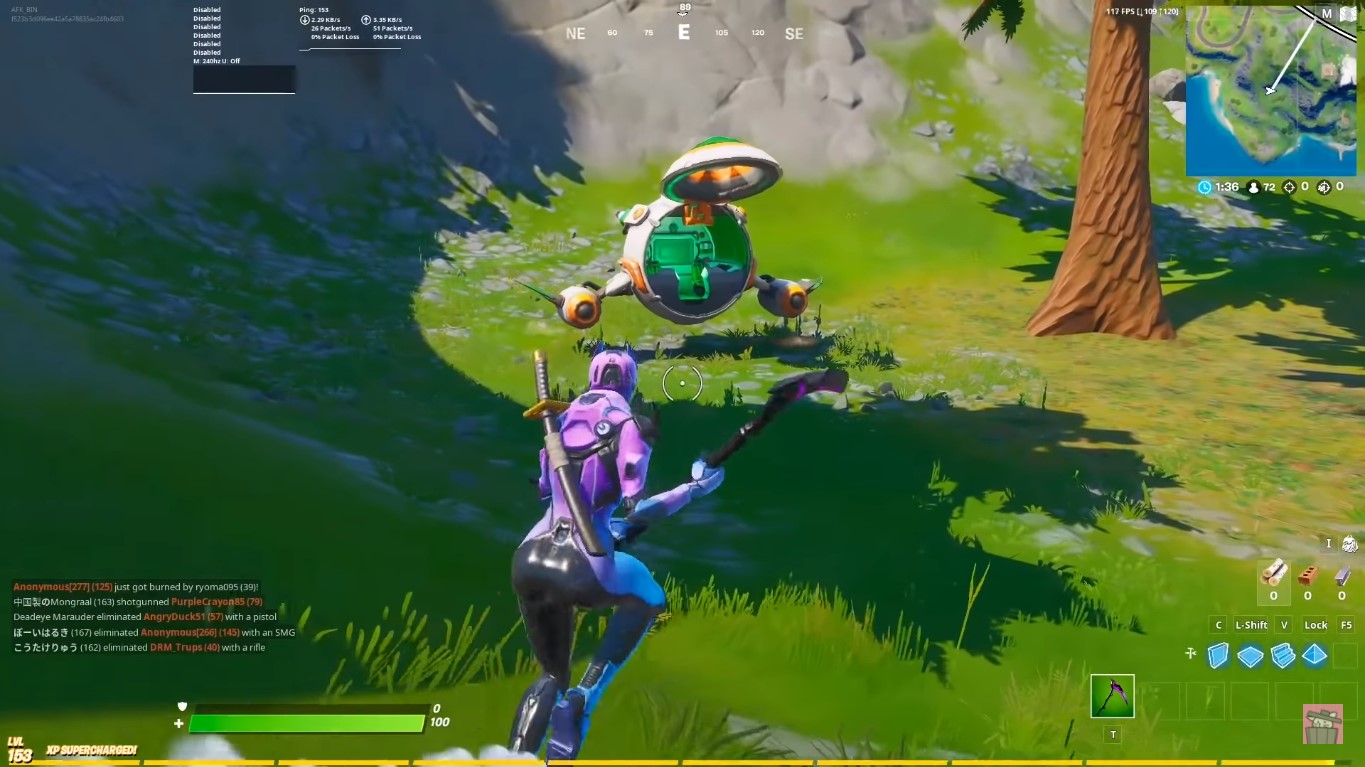 Players can now encounter a spaceship in Fortnite and get an easy 14,000 XP by finding it. To complete the secret Astro-Not challenge, players just have to get close to the empty spaceship.

This spaceship was seen before in the game as the Ancient Ship. Players had to find its missing parts to fix it and launch it into space.

It can be found at the back of Apres Ski, to the east of Rickety Rig near the coast before Misty Meadows. By getting close to the spaceship, it’ll automatically light up in green lights and power up a little. The challenge will then be completed.

This challenge doesn’t add anything to the story except showing that it came back somehow and its owner could be wandering off in the world. It’s a simple task that grants XP without much effort.

There’s still time to complete the Astro-Not challenge since Chapter Two, season four isn’t scheduled to start until Aug. 27. In this upcoming season, fans can expect to discover more about the ongoing saga of Ghost vs. Shadow alongside several changes to the game.