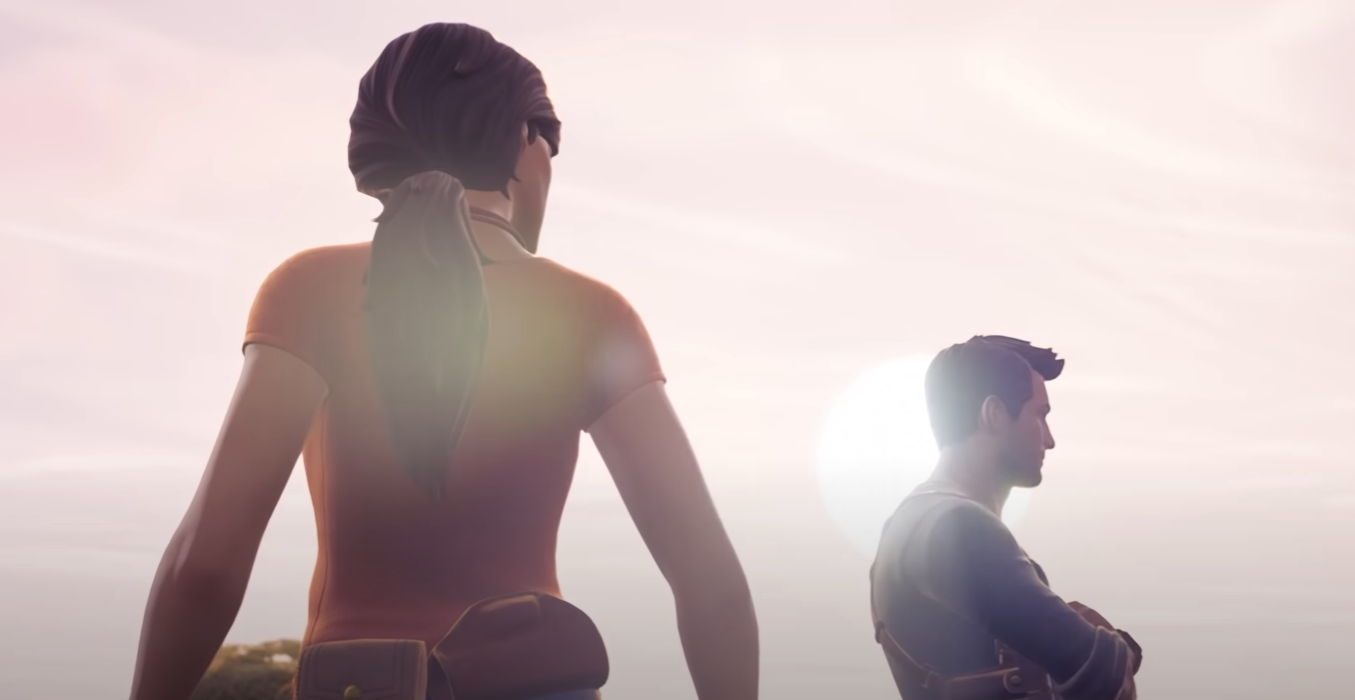 It looks like the next big Fortnite crossover may have leaked ahead of schedule once again after a trailer gave fans an early look at skins for Uncharted’s Nathan Drake and Chloe Frazer in the game.

The unlisted trailer for the announcement was uploaded on Feb. 10 to the official Fortnite YouTube account and is viewable due to fans on social media sharing the link around.

This new crossover looks to feature classic outfits for Sony’s characters from the game franchise, along with designs meant to closely resemble the new Uncharted movie releasing on Feb. 18. Specifically, the variant of Nathan Drake is based on Uncharted 4: A Thief’s End, while Chloe Frazer’s look resembles her character from Uncharted: The Lost Legacy. As a tie-in for the new movie, the Uncharted content is set to drop on Feb. 17.

Along with the new skins, players can get some extra items themed around the games, like Sully’s “New” Seaplane Glider and the new Update Journal Emote. There will also be a new in-game event where players will need to follow some of Nathan Drake’s maps to dig up treasure.

With this crossover, Epic Games gets another set of popular adventurers to add to the ever-expanding Fortnite roster. Sony also gets to use Fortnite’s massive reach to promote the Uncharted movie and the new remastered versions of Uncharted 4 and The Lost Legacy, which are available now on PlayStation 5 and will be dropping on PC sometime this year.