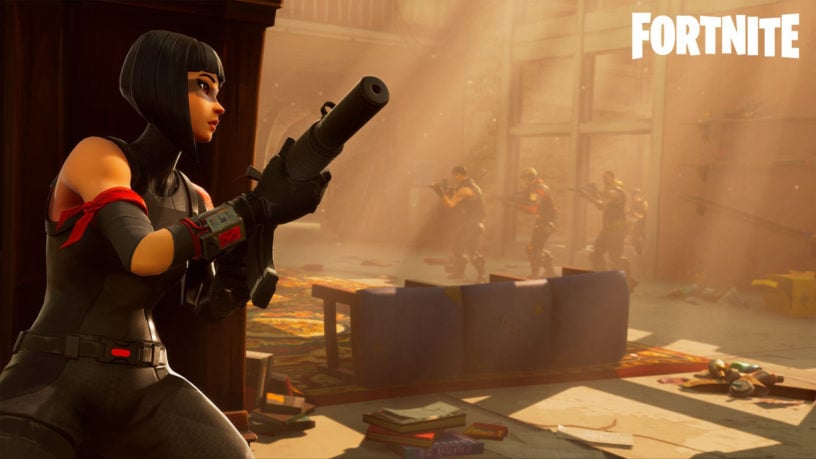 A previously-leaked weapon has been officially confirmed to be joining Fortnite: Battle Royale.

The Suppressed Sniper Rifle is coming soon to Fortnite, according to today’s in-game News message. “Strike at your opponents quietly with this suppressed bolt-action Sniper,” the message reads.

The Suppressed Sniper Rifle was leaked by well-known data miner Lucas7yoshi last week, and now it’s officially confirmed to be joining the game. It will be the fourth gun in its weapon class, alongside the Bolt-Action Sniper Rifle, Hunting Rifle, and Heavy Sniper Rifle.

Although the Suppressed Sniper Rifle should have an advantage in terms of how quiet its shot is compared to other snipers, it remains to been seen how powerful it’ll be in Fortnite: Battle Royale. It shouldn’t be as strong as the Heavy Sniper Rifle, and it might even be weaker than the regular Bolt-Action due to the silencer attachment.

Related: Fortnite’s 7.20 update might be coming early this week—here’s what can change

Epic usually teases that new items are “coming soon” right before it’s ready to add them to the game—so this sniper could join the world of Fortnite very soon, or even as early as this week.