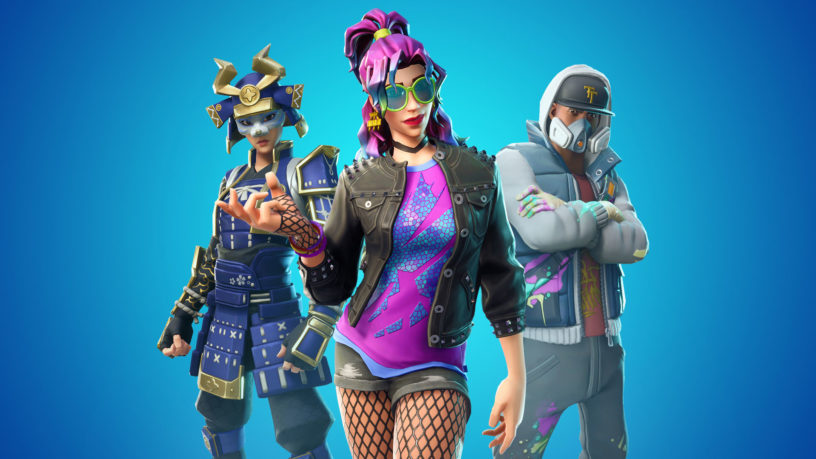 Fortnite players know that Tuesdays and Wednesdays are the usual days of game updates. Developer Epic Games pushes updates live early in the morning so that players can enjoy them when the sun rises.

Epic spent two weeks without releasing a full update due to the holidays, but has now announced a third and final content update for 7.10 is coming tomorrow. The two other content updates lacked the long list of changes players usually expect from regular Fortnite updates, which makes us believe Epic will release a big one tomorrow.

Related: There might be dragon eggs under the Ice Castle in Fortnite

Epic has confirmed very few things that could be coming in the next update, which will be the third v7.10 content update. But there are other things we hope will be in the patch notes based on player requests and other notes Epic made over the last few weeks.

Here’s what we want to see in the 7.10 final content update.

Release of the Suppressed Sniper Rifle

After a leak, the Suppressed Sniper Rifle is the newest weapon coming to the game. Epic hasn’t revealed if this new weapon is coming in the next update, but it has been in the game files since the first version of 7.10 was released. Since it’s been announced, it might come sooner rather than later.

Return of the Dual Pistols

The Dual Pistols are returning to Fortnite: Battle Royale, as confirmed by Epic’s design lead Eric Williamson. The Dual Pistols were vaulted in the 6.21 update on Nov. 1, 2018 when Epic added Balloons to the game. At this time, it’s unclear whether the gun received adjustments or will return as it was before being vaulted.

It’s been some time since weapons were nerfed in Fortnite: Battle Royale, but now certain items are causing the most trouble to players. Williamson has also confirmed the Boom Box, Dynamite, and the X-4 Stormwing planes will receive “tweaks,” but refrained from explaining if these items will be stronger or weaker.

A new area on The Block

Right now, players can see Mysterious Market in The Block, the area of the map that features the best named location creations by Fortnite fans. The area has been there for over a week, which is about the same period of time that the two previous creations, Grimy Greens and Risky Runaways, were there.

Epic has yet to reveal what’s coming next for The Block.

Epic announced last week that it’ll once again add popular Limited Time Modes from 14 Days of Fortnite to the temporary modes rotation. Team Rumble and Unvaulted were available to all players for over a week, but the new Slide LTM and Food Fight have since replaced them. Epic hasn’t said which modes were fan-favorites, though.

A game update means changes and additions to Fortnite’s game files. Unlike what we first expected, leakers are finding all kinds of information in the game files of season seven—and most of that information has been accurate. We might have news about upcoming events, weapons, and challenges, as well as a series of cosmetic items.

Regardless of how much some players want it, the X-4 Stormwing Plane is staying and won’t be vaulted. A week four challenge of the season seven Battle Pass requires players to use it to go through rings they can find around the map, which means removing it would break this challenge for players who didn’t complete it. The tweak announcement is just another confirmation that the vehicle is staying in the game

We’ll only be absolutely sure about what’s coming next to Fortnite: Battle Royale whenever the 7.10 third content update is released. Until then, we can only hope that the changes are for the best.

Update 3:15pm CT: Epic Games has confirmed the next update will be a final content update for v7.10. The developer also confirmed some upcoming changes.