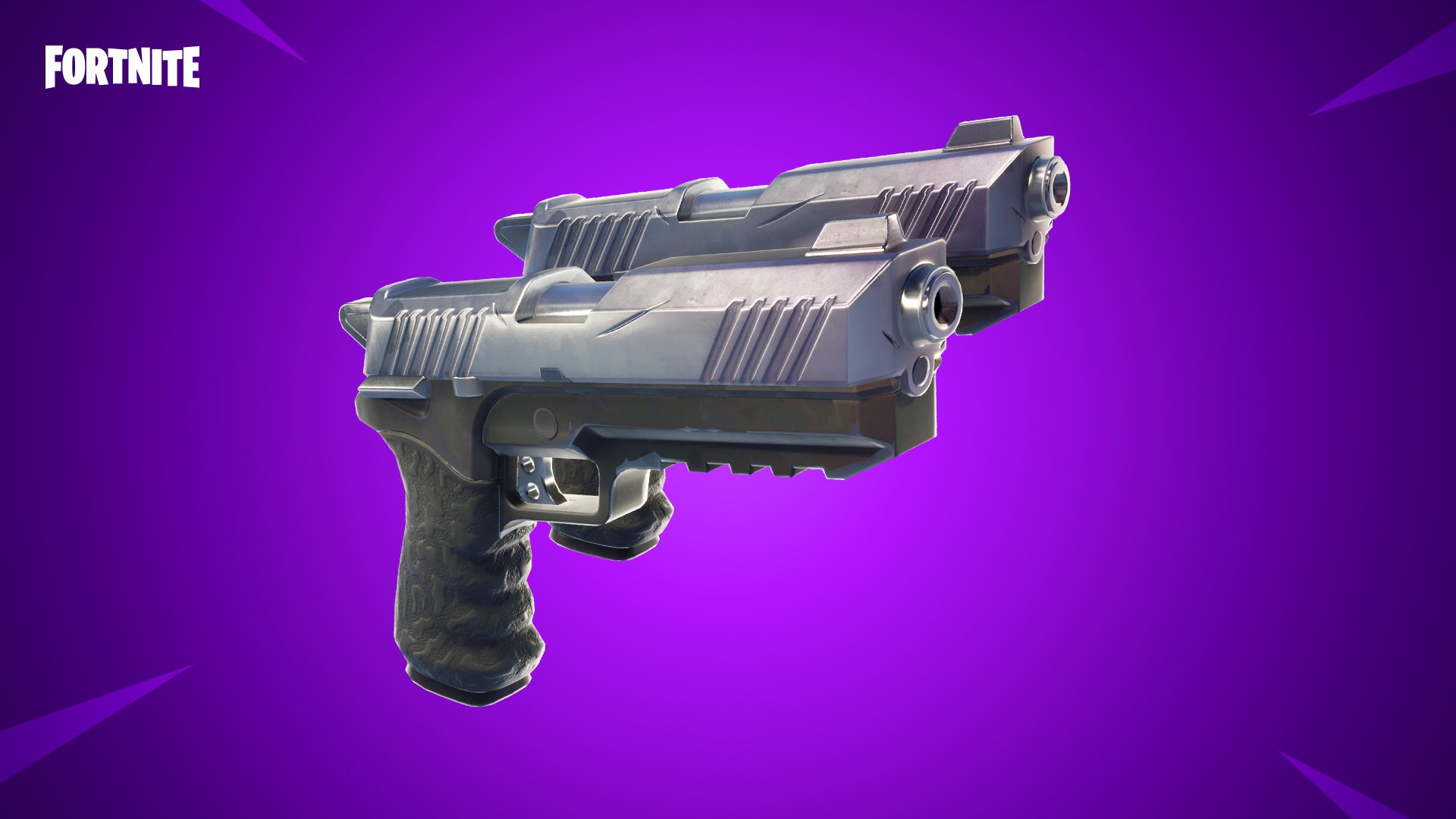 A popular Fortnite: Battle Royale weapon will be coming out of retirement tomorrow.

Other balance adjustments in tomorrow’s update include tweaks to the Boom Box, X-4 Stormwing airplane, and Dynamite, according to Williamson.

The Dual Pistols were originally introduced to Fortnite: Battle Royale in update v4.5 on June 27, 2018. They were deemed too powerful in close-range combat, however, and were eventually retired to the vault in update v6.21 on Nov. 1.

Dual Pistols might not be the only weapon added to Fortnite tomorrow, however. The Suppressed Sniper Rifle is also coming soon—and although no official release date has been revealed yet, the sniper is expected to join the game tomorrow.

Fortnite’s third and final content update for v7.10 is set to go live tomorrow, Jan. 8, at 7am CT.