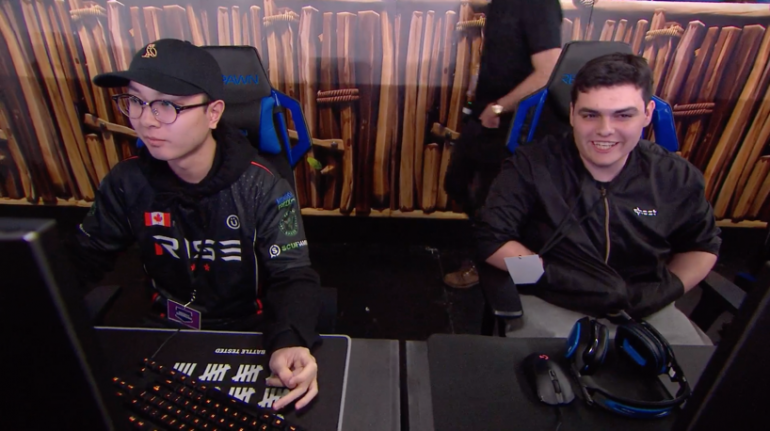 Rise Nation’s Ronald “Ronaldo” Mach and Rocco “Saf” Morales of Ghost Gaming claimed the title of the $100,000 Duos tournament on Thursday, winning $27,000 in the process.

They finished with a total of 16 points, beating out the second-place team, Zander “thwifo” Kim and JTruth, by four points. FaZe Clan’s Turner “Tfue” Tenney also did well in today’s Duos event, finishing in third place with teammate Dylan “Dmo” Moore. Their performance earned them a $13,000 prize.

The pairings played six matches, and the teams could earn points through top five placings or more than four eliminations. The format will be the same for tomorrow’s portion of the Secret Skirmish, but it will be a Solos event.

Related: How to watch the $500,000 Secret Skirmish Fortnite event

The same 100 players that competed in today’s Duos tournament will participate in the Solos event tomorrow, but they’ll be competing for a $400,000 prize pool instead of $100,000.