The teaser images seem to hide a skull. 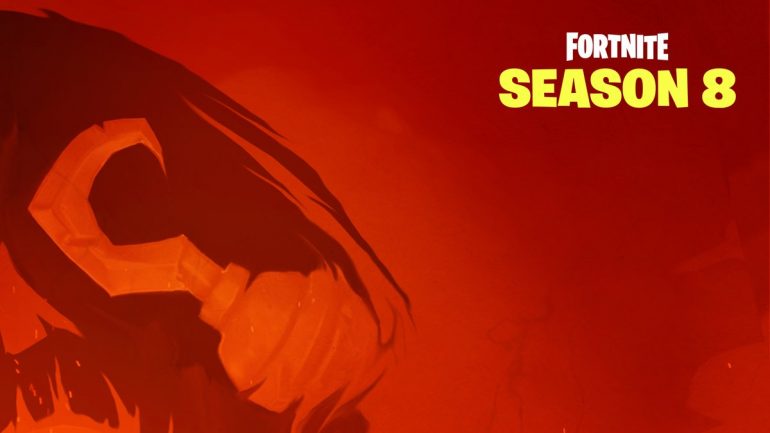 Fortnite’s season eight teasers are being revealed. Players saw the first teaser image yesterday featuring some kind of black hook or monster in a red background, and the second teaser features the same color scheme with a snake instead of a hook. The third teaser image had a tiger in it with a lot more fire than the previous images.

There’s something hidden beyond these teaser images, and it’s not the riddles that come written with them on Twitter posts by developer Epic Games. Each picture seems to be a quarter part of one bigger image.

One of the first Fortnite fans to guess this could happen was Fury Leaks on Twitter, who noticed it was possible to mirror the first teaser image to create some kind of top-half of a bigger picture. They then created what they thought could be the bottom half: A skull showing tentacles, fire, and trees in a chaotic scenario that could come to Fortnite in season eight.

The rest of the teaser images are now out, and if we put them all together, they fit perfectly and also form a bigger picture. It looks like a skull whose eyes are marked by a hook and a snake, and there’s some kind of mountain or volcano where we would find its nose. The bottom-half of this bigger image shows a tiger and what seems to be a banana and more fire.s

Whatever it is, developer Epic Games is doing something different with Fortnite teasers this time. The company published four teasers instead of the usual three, and it used them to reveal big things that might be coming in season eight.

This large image shows that Fortnite’s season eight might have a bit of everything. Fortnite might soon have pirates, weird sea creatures, fire, and bananas.