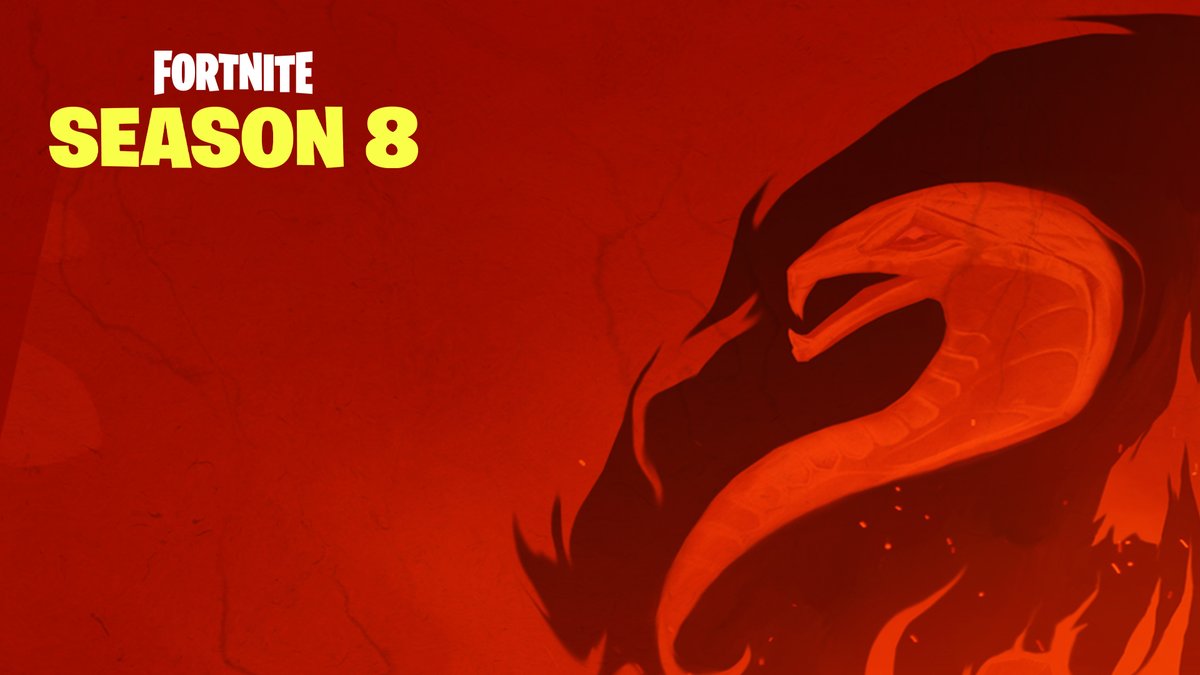 The image shows a snake with the same red art style as yesterday. The tweet also features another poem that mentions “sssomething shimmers” and waves—which also hints at a potential pirate theme for season eight.

Epic has previously posted daily teaser images before the start of new seasons, continuing that trend yesterday by posting the first image for season eight, which showed a pirate hook. The tweet also included phrases like “X marks the spot,” treasure, and loot.

Related: Fortnite players are going crazy with the “X marks the spot” riddle from the season 8 teaser

The preseason teaser images are usually somehow related to the upcoming season’s Battle Pass, which will undoubtedly include plenty of new cosmetic items. So these teaser images might be showing off features from some of the new skins coming in season eight.

Fortnite season eight is set to begin on Thursday, Feb. 28.