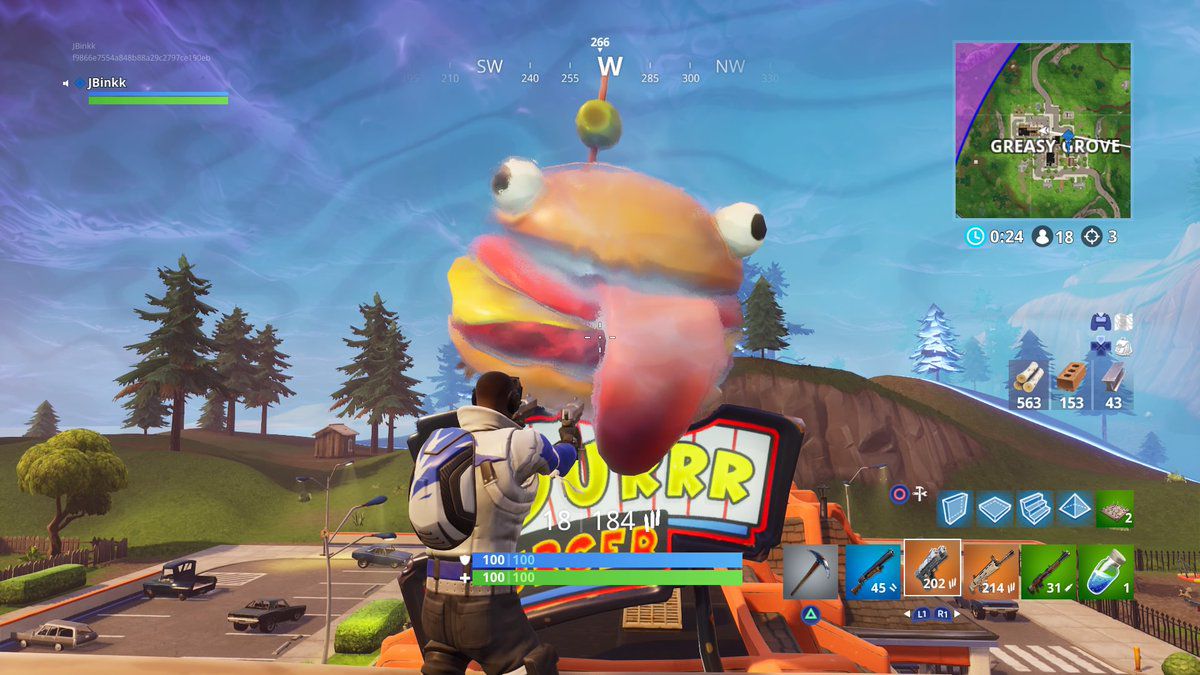 A Reddit user uncovered the meaning behind the phone number an agent handed out to people at the Durrr Burger site in a desert in Palmdale, California. The call audio revealed a code: 067000111. When translated, this code stands for C7, which is the in-game coordinate of Greasy Grove where the Durrr Burger sign disappeared—067 is the letter C in the American Standard Code for Information Interchange (ASCII) system, and 000111 is seven in binary code.

Unfortunately, fans aren't really sure what this means. Giving the coordinates of Greasy Grove doesn't seem to add much information to this weird situation, but fans expect it will lead to something even bigger.

Popular locations around the Fortnite: Battle Royale map have been affected by in-game portals or rifts since the highly-anticipated rocket launch on June 30, but the Durrr Burger was the first—and, so far, the only—game sign to appear outside of the virtual world.

This mystery is likely a major marketing campaign for Epic Games, and it seems to be working. People have continued to buzz with intrigue and they'll likely be anxious to see what happens next.