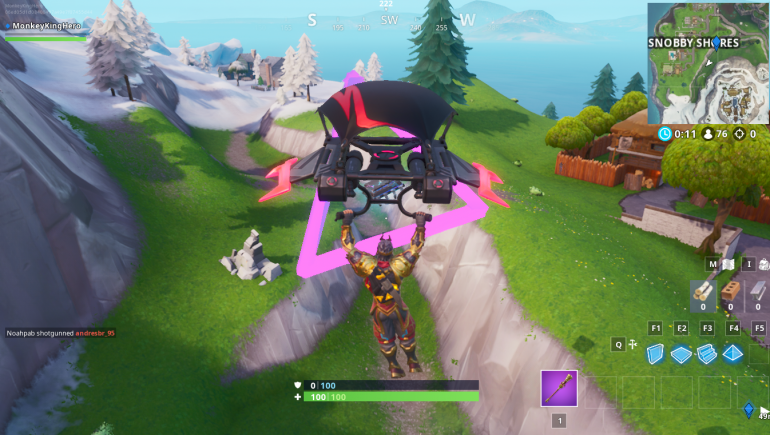 Epic Games is releasing a fix for the challenges of Fortbytes 4, 67, 70, and 89 with this week’s update. The company confirmed the bug on its Trello board of community issues and tagged it as “fixed in next release.”

The issue a few players are having with these Fortbytes is that the rings they have to glide through don’t appear in their matches. Regardless of the mode, these rings are invisible and players can’t complete the challenges to unlock these Fortbytes, and Epic says there’s nothing players can do to solve the issue on their end.

Related: Fortnite pros are being invited for the World Cup Finals as “alternate players”

Some players on Reddit think they can, though. A user shared a video showing them gliding through the area where the Fortbyte 67 ring was supposed to be and completing the challenge, despite the ring not showing up on their screen. But other players said this didn’t work for the other Fortbytes, and they continued stuck with the bug.

Fortbytes are what players must collect if they want to get the season nine exclusive skin Singularity and some of her styles. Those who get 90 out of 100 Fortbytes will automatically unlock the skin in their locker permanently.

We still don’t know when this week’s update is coming, but we have a clue based on Epic’s latest News update. It announced the Epic and Legendary variants of the Tactical Shotgun last night, which means the update is probably coming two days after that, on Thursday.

Until then, players should either wait or focus on grabbing other Fortbytes to get Singularity.