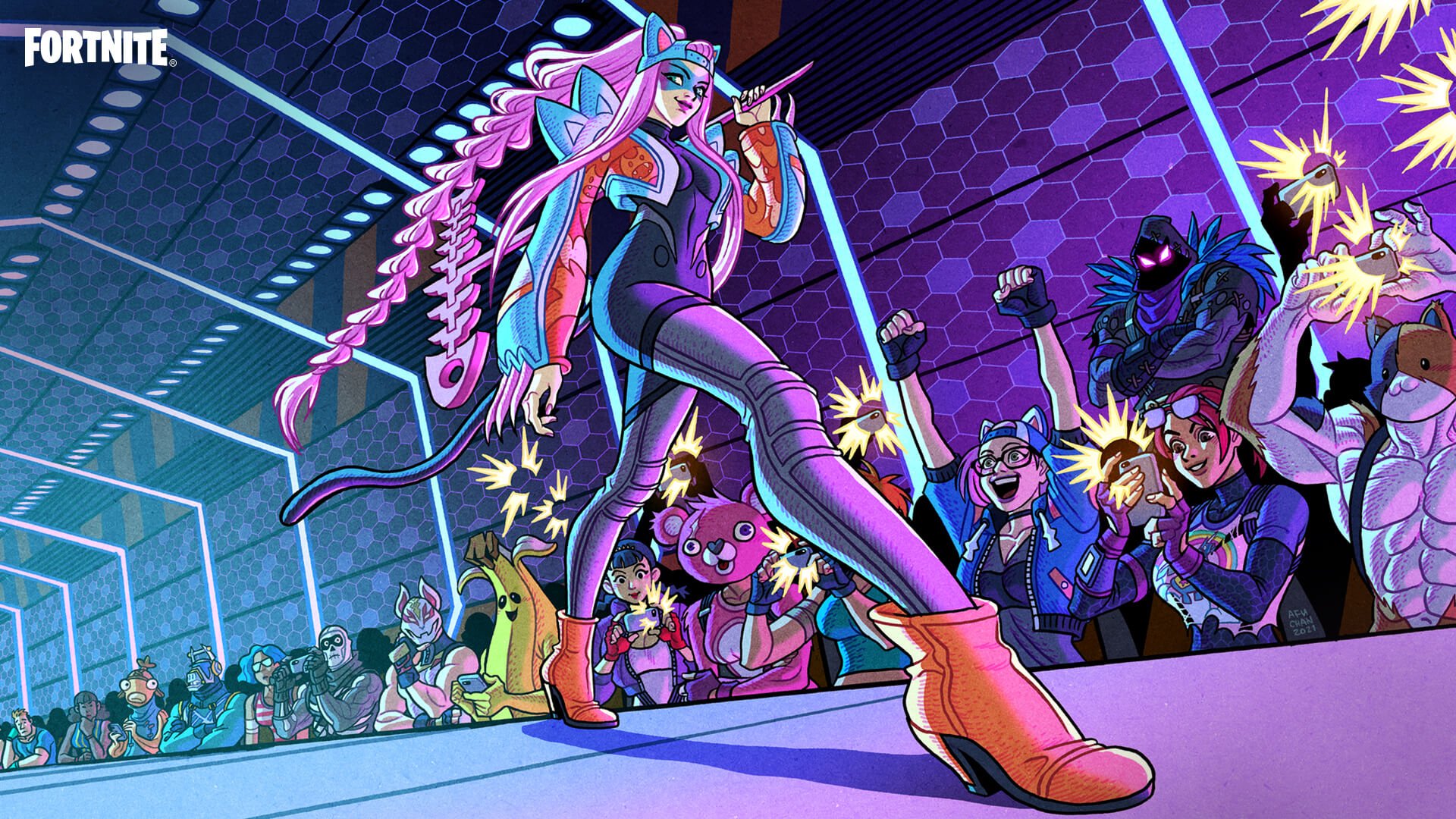 Fortnite has a history of making a lot of skins for players to use to feel unique and comfortable. Over Time, players have been able to unlock over a thousand Fortnite skins to call their own. They are incredibly well-made, and most are collaborations with other franchises like Marvel or Tomb Raider. The community has disliked very few skins just because of the quality of the skins, so there are many great skins to choose from.

Although none of the seasons have focused exclusively on cats, there are many cat-themed skins that players can choose from. Each season has its own theme that helps determine the skin type. In the roster of skins already available to players, you would get lost if you went around looking for them on your own. Several cool cat skins are available if you want to express your individuality. Luckily, we have gathered the best Fortnite cat skins released to the game so far. Keep an eye out for these next time they’re in the Fortnite shop if you want a new cat skin.

Below we have the best cat skins Fortnite has ever released, and you may find your next

The 10 Best cat skins in Fortnite

Azuki is a legitimate cat skin, because Azuki is a cat. Azuki dresses like a samurai and looks incredibly cool. For players who want to live by the Bushido code in Fortnite, Azuki is a great skin to use. It’s not easy to find skins that look like warriors from centuries ago, like the Black Knight, so Azuki is also a great option if you want to look like an older warrior.

Catwoman is one of the characters that made dressing up like a cat cool. Catwoman is a member of Batman’s Rogues Gallery and is an unforgettable part of the Batman Arkham series and movies. Catwoman is the perfect skin if you want to be an incredibly cool and smooth-talking heroine. During Season X of Fortnite, Catwoman was released with removable goggles. Moreover, she has a more slender frame which makes it hard to shoot her accurately, and since the skin is almost completely black, she can blend into the environment easier.

Vix is the sister of Lynx, making her the aunt of Kit. Vix shares a lot of qualities with her sister Lynx, including her skin’s color scheme. It looks a lot like what Lynx normally wears in blue, black, and red. Vix looks pretty cool, but her skin stages aren’t as cool as Lynx’s. Vix wears a hood and goggles instead.

Lynx is a human skin that is also the mother of Kit. There seems to be a continuous relationship between Lynx and Kit, as not only do they have a kitten together, but Meowsicles has a tattoo of Lynx’s name on him. The coolest part of this skin is its different stages that get closer to being cats. Among the alternate skins of Lynx, there is a black version that looks like a female black panther mixed with the Black Knight.

Toon Meowsicles is a really cool alternate skin for Meowsicles. Upon first glance, it seems like an old Walt Disney cartoon. Those who love animation or cartoons will enjoy this skin since it will bring back memories of the old days. Pairing this skin with the Fishticles and Peely toon skins will make a very sweaty-looking group to take to Trios matches.

This Erisa skin looks like it came from an anime game, so it’s like a two-for-one win. In addition to three types of skins, she could also choose to wear catsuit armor. There was black hair on the default skin, and pink and blonde hair on the two extras. Although Erisa already looks like a cat without the catsuit, the suit completes the look. Erisa isn’t just a pretty cat girl, she’s from a realm of warriors and looks like a warrior princess. If you don’t like cat skins, you could still argue this is a great Fortnite anime skin.

Epic Games released the Black Panther skin shortly after the death of Chadwick Boseman, the actor who portrayed the character on-screen in the MCU. Black Panther also came with a Wakanda Forever emote that players could unlock. At this point, the emote has a much deeper meaning of respect to whoever the emote is directed towards than just to Wakanda.

Kit is the son of Meowsicles and Lynx and shares Meowsicles’ calico skin. Technically, Kit will be like Meowsicles when he grows older, and his name is just a way to differentiate him from the previous generation of Meowsicles. To help him fight in Fortnite, Kit has a mechanical suit Meowsicles built for him. Kit uses his mechanical suit to move around and be a real opponent in the Fortnite fighting. As one of the only skins you can use with your family, the Kit and Meowsicles combo is great for parents who play with their children.

At this point, Meowsicles is exactly who people think of when they think of cats in Fortnite. Meowsicles is one of the few Fortnite skins to transcend beyond its initial release and become a fan favorite. Meowsicles is a large and muscular cat that looks more like a police detective than anything else.

Meowsicles looks like a calico, which would be a female cat, but since Meowsicles is male, he likely has a skin condition.

Meowsicle’s son shares the skin condition, alluding to it being genetic.