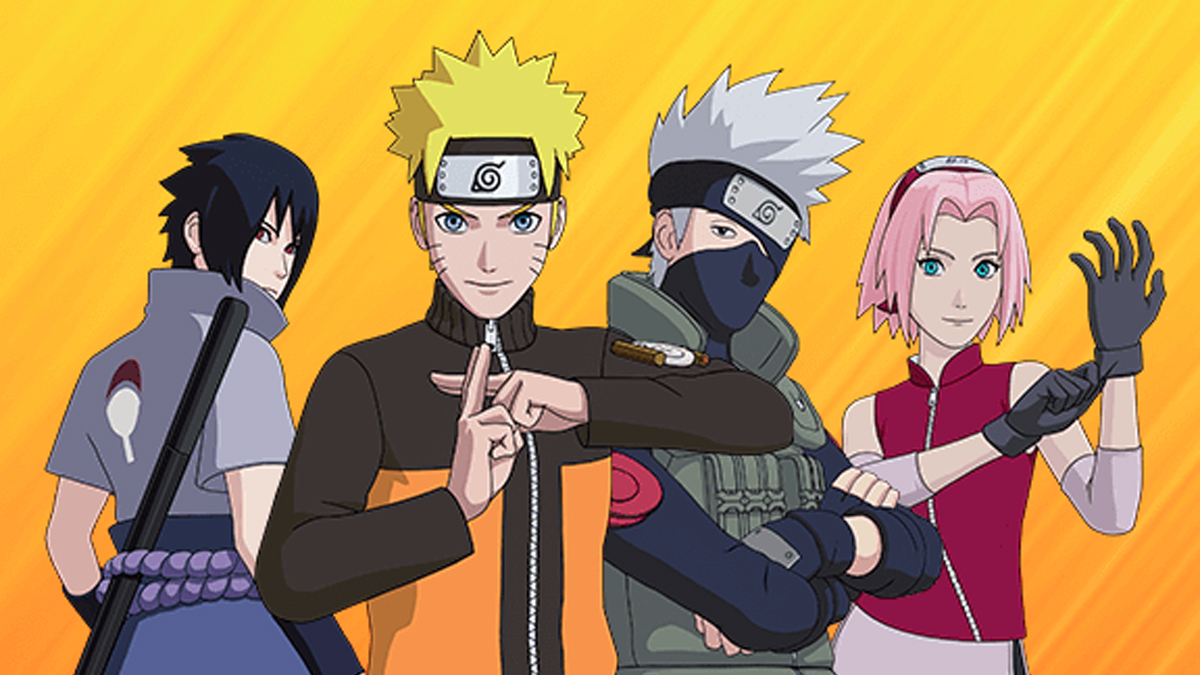 Fortnite has a long history of anime skins. Many people know about the Naruto partnership, but many other anime skins are available. The skins had their own stories and were extremely popular when it seemed like Fortnite would make more. It has given them some stiff competition now that Naruto is here.

It’s even better that these skins don’t look like anime that’s been translated into 3D video games, like Jump Force. The anime skins are true to their manga and anime counterparts and look like they were drawn inside the game.

Even though they stick out, they don’t seem out of place.

If they continue to get so much love, other skins may be added in the future, as well as Naruto and Fortnite skins. Dragon Ball Z skins have been rumored for years, but it feels like recent leaks confirm that anime fans will have more choices regarding skins in Fortnite. For now, the below anime are the best skins you can get in Fortnite, with more attention paid to how they play rather than what the community liked about their shows.

During the Infiltrator series, Yuki was one of many anime skins released. She was not as popular on her own as other skins, and only available as part of a pack for 2,200 V-Bucks. Other skins like Orin and Lexa really surpassed Yuki, but Yuki came to symbolize people who didn’t want to use the default anime robo girl or guy. This does not change the fact that she did not have the same popularity as any other anime character introduced to Fortnite.

Sakura may seem like she’d be super popular among female anime fans, but there are much better skins available. Sakura is not well-liked in the series due to her inability to fight the majority of villains and at least one person waiting on the sidelines to protect her. Her abilities as a healer improved over time, but she could not keep up with her team members. Her time as a Fortnite skin reflected this.

It is a very unfair match because Naruto, Sasuke, and Kakashi are seen as the most popular characters in all anime, so it didn’t leave her with much room to shine.

Although Orin felt like the male version of Lexa, he had little going for him. Despite being Lexa’s brother, he lacks Lexa’s emote for adding a robotic suit of armor to his body. Orin suffered from this, giving players little reason to choose Orin when Lexa was a great alternative. It is much better to choose Lexa because she is more recognizable. Compared to the other anime skins, Orin still performs well as a second-fiddle to Lexa. Several of his animations are identical to Lexa’s, so you could form a tag-team partnership like the wonder twins.

A series staple, Hinata Hyuga is best known for being a member of an elite family and having a crush on Naruto. It is hard to find a more popular fan-favorite female character for the Naruto anime. She may seem like the stereotypical, one-dimensional girl with a crush, but her character develops beyond that in the anime, and she becomes one of the most well-written characters. She wears two styles, one that shows off the sweater she wears in Naruto Shippuden, and the other is her outfit as Hinata Uzumaki in Boruto.

Her skin looks like it could come from an anime game, and it’s hard not to like it. Three types of skin were available to her, as well as catsuit armor. Since she’s from a realm of warriors and looks the part, it was easy to immerse yourself in her world. Erisa is perfectly suited for Fortnite since it is a game about modern-day warriors. The dault skin had black hair, while the two extras had pink and blonde hair. The Blonde haired skin reminded many players of Genshin Impact, and it’s easy to see why. This is one of those skins that every player should have in their locker.

For Naruto fans, Orochimaru is a well-known character. Chunin exams were not intended to include Orochimaru when they first occurred in the series. Masashi Kishimoto, the creator of Naruto, was told by his editor to add a bit of excitement to the Chunnin exams because they were a bit dull. Kishimoto added Orochimaru, who became far more important to the series as a whole than any other villain. Even though Orochimaru is reformed by the end of the series, many still view him as the ultimate evildoer.

Many sweaty players use Orochimaru because of his reputation as a villain. The chances of you having a chaotic battle are high if you see someone with this skin.

Epic Games knew how to make really great anime skins. The Epic team went all out with their Cyber Infiltration Pack, and it has yet to be surpassed in creativity. Not only is it a great anime adaption to Fortnite, but Epic Games can easily use what they know to make another anime game or series.

Chigusa is an intriguing-looking character who claims to be an investigative journalist and vigilante at the same time. Even though her sweater certainly looks ready for battle, she is underdressed to fight on a battlefield. Nevertheless, she looks incredibly cool and matches what we’d expect for an anime protagonist on a battlefield.

As many describe him, Gaara is what Naruto would have been without friends. He nearly became a literal monster ready to annihilate everyone on earth. As a result of his friendship with Naruto, Gaara has become a well-respected Kage (leader of his village) and even more beloved among fans than Sasuke. Despite Gaara’s immense power, he was not used as much as other Anime skins, despite being as powerful as past Kage.

Although he is a very liked character, it is hard for him to compete with all of the popular anime characters Fortnite has brought in as skins.

Itachi Uchiha is a character that most anime fans love to play as. Sweaty players will love him, but idealistic players will see him as the embodiment of heroism. It is possible to make him wear his Akatsuki or Anbu uniforms, but both seem to make him appear to be an evil character. Although he’s one of the most dedicated Leaf ninjas ever to live, it’s hard not to see him as the bad guy. In our opinion, the Akatsuki uniform looks much better than the Anbu one.

Due to his mysterious nature throughout most of the Naruto series and his heartfelt dedication to his brother Sasuke, he is very popular.

You missed out if you didn’t use Lexa when she first came out. Lexa was unlockable in the Chapter two, Season five Battle Pass of Fortnite. Lexa was cel-shaded, a technique used in many popular games to maintain an anime look and make it appear 3D. Game titles such as Final Fantasy Tactics: The War of the Lions and The Legend of Zelda: Breath of the Wild use cel-shading, so it’s growing in use. In this way, characters appear as though they’ve been plucked straight from an anime.

A cool thing about Lexa was that she had an emote that added armor to her. This was called a Mechafusion, which made Lexa look like an android who came to kill everyone.

Sasuke has fluctuated in popularity in the Naruto anime. Unlike Naruto, who worked hard to increase his power, Sasuke sought out others who could give him power boosts. The way he treated Naruto and his friends, who only treated him kindly, really damaged his reputation among fans. Since his reasons for being such a menace don’t outweigh the reasons he should remain good-hearted, it’s hard not to cheer against him. Although his likability in the anime fluctuated, it remained constant in Fortnite.

We don’t see Sasuke in different outfits after he appears in Naruto Shippuden, so it’s fitting that he didn’t come to Fortnite with different styles.

Kakashi has been the cool ninja since episode two of Naruto. He covered up most of his face and had a dark backstory that showed he had seen a lot of death in his life as a ninja. Kakashi was even better because he didn’t act like he was a big deal. He was patient and took the time to teach and protect his students.

As the series continued, Kakashi’s fans never lost their love for him.

If you survived long enough in matches after Kakashi came out, you felt like you were constantly seeing the skin. The skin came with Kakashi’s regular outfit and an Anbu outfit.

At least one skin from the anime was in every lobby when the Naruto skins were released. Naruto, the character and anime, are loved by many anime fans. If you bought a skin other than Naruto after this released, it was because you already had the Naruto skin. Naruto came with two skins, Hokage and Shippuden. Even though the Naruto anime tried to shed it’s initial “Believe it!” catchphrase, if you had a mic, you’d hear kids saying it while killing other players.