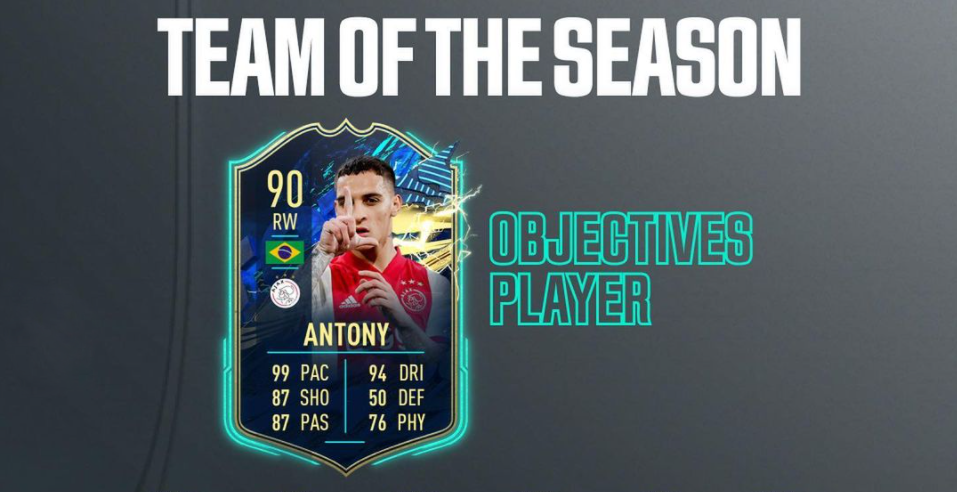 This is Antony’s third special card. He’s part of the Eredivisie TOTS promotion, which celebrates and highlights the best players who had a major impact on their respective clubs in the different leagues across Europe. EA greatly increased all of Antony’s skills, including Shooting (+17), Passing (+16), Defending (+14), Physical (+14), Dribbling (+10), and his Dribbling (+10), when compared to his 78-rated gold version.

All of TOTS Antony’s objectives have to be completed in Squad Battles. You won’t have to win matches for any of the four tasks, though, so it shouldn’t be too difficult to complete every objective in just a few days.