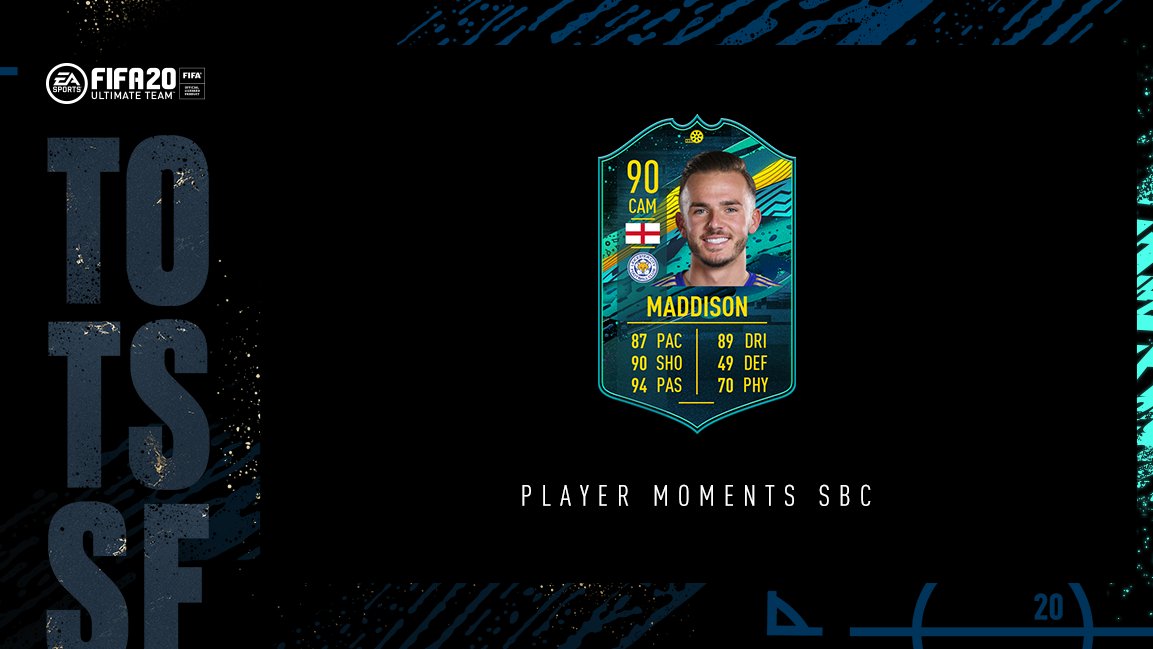 EA Sports added a Moments 90-rated version of James Maddison from Leicester City today. You can earn it by completing a set of squad-building challenges (SBC) in FIFA 20 Ultimate Team.

EA introduced the special card to celebrate Maddison’s win at the second ePremier League Invitational on May 9. You can complete the Moments Maddison SBC until it expires on Tuesday, May 19.

Although Moments Maddison is a decent card, there are cheaper cards that should perform even better in the current FUT meta. If you complete this SBC, we advise you to use the engine chemistry style, which will add Pace, Dribbling, and Passing.

Moments Maddison has an advantage, though. He’s from the Premier League, which is by far the easiest league to find quality links. You can get a strong link by using him alongside Team of the Season So Far (TOTSSF) Harry Maguire 90-rated from Manchester United, TOTSSF Jordan Henderson 94-rated from Liverpool, and TOTSSF Jamie Vardy 95-rated from Leicester City.

Here’s the cheapest solution to complete Moments Maddison SBC right now, according to FUTBIN, a website that specializes in FIFA content. You’ll need to spend around 175,000 FUT coins on any platform.