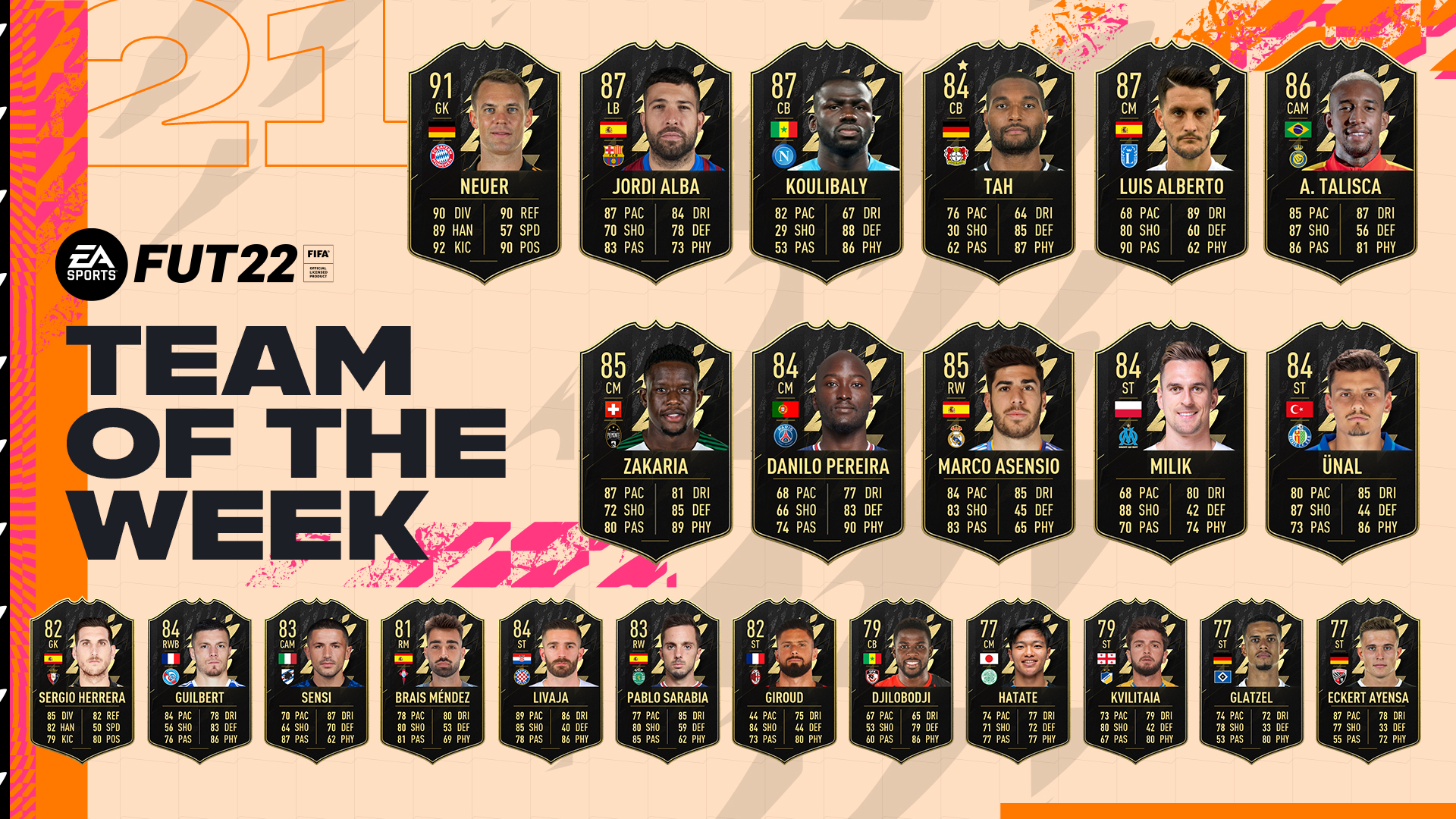 Team of the Week (TOTW) 21 is now available in FIFA 22 Ultimate Team.

Every week, EA creates a new version of players who played well in real-life matches. Next week’s TOTW will replace this one with new cards. You can acquire them through the FUT market or from FUT packs if luck is on your side. 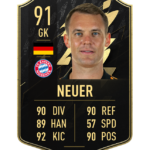 The best players on this TOTW are a 91-rated Manuel Neuer from Bayern Munich, an 87-rated Jordi Alba from Barcelona, an 87-rated Kalidou Koulibaly from Napoli, and 87-rated Luis Alberto from Lazio.

There are some good players this week and it’s been a while since a goalkeeper has had the highest overall rating on a TOTW. As usual, it’s expected that the best cards will sell for a high price. If you pack a low-rated TOTW card, though, you can quick-sell it and grab almost 10,000 FUT coins.

Here are all of the TOTW 21 cards in FIFA 22 Ultimate Team: