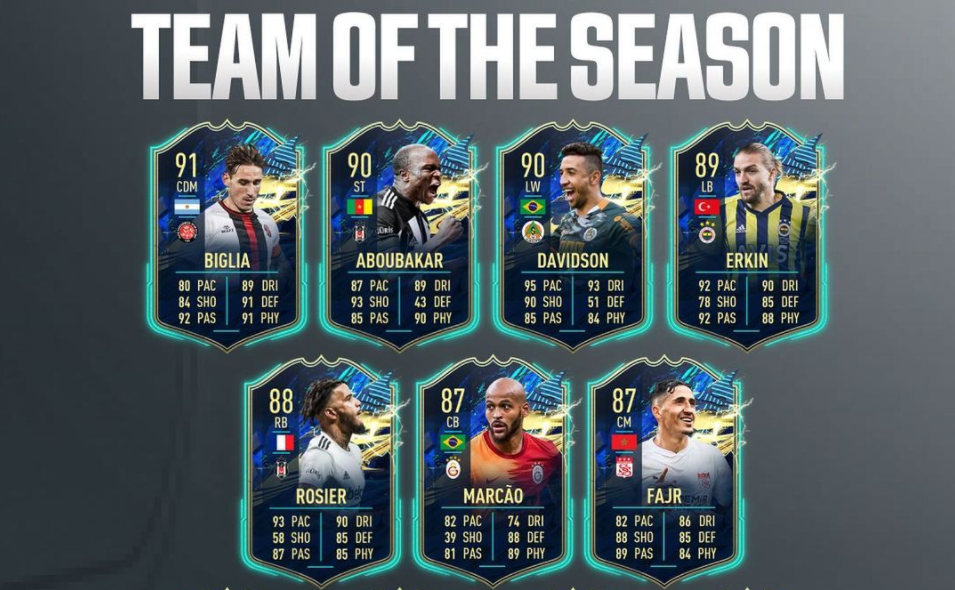 The team has just 11 players in total. The highest-rated players include 91-rated Lucas Biglia from Karagümrük SK, 90-rated Vincent Aboubakar from Beşiktaş, 89-rated Caner Erkin from Fenerbahçe, and 88-rated Valentin Rosier from Beşiktaş.

This team is a letdown compared to the previous LaLiga TOTS team, but that’s because it’s one of the minor leagues. It still has great players either way. The official Turkish Süper Lig TOTS team’s highest-rated player is a 91-rated Biglia while the lowest is an 85-rated Bayindir, which isn’t a bad card. You can now get one of these 11 players in FUT packs for a limited time.

Here are all of the Turkish Süper Lig TOTS players who were added to FIFA 21 Ultimate Team today.

EA also added a TOTS Caulker SBC, TOTS Sosa objectives, and a TOTS Flashback Joaquín SBC today. Players can expect several SBCs and objectives to be released every week until the end of the promotion.