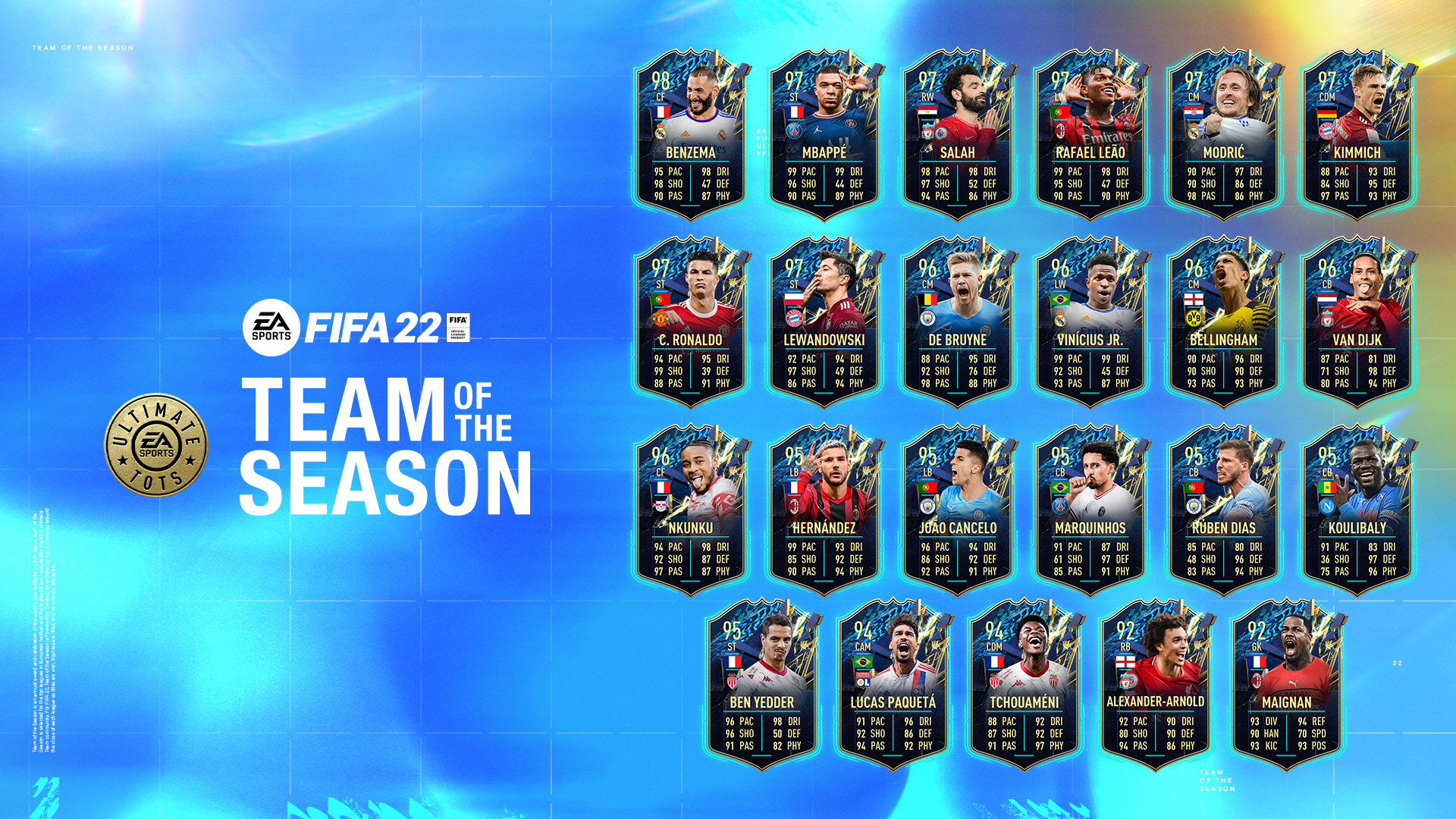 FIFA 22 Ultimate Team players can get their hands on the new Team of the Season players released today in the game. Some of the amazing players selected are Kylian Mbappé, Mohamed Salah, Kevin De Bruyne, Cristiano Ronaldo, and Trent Alexander-Arnold.

The TOTS promotion celebrates the best players based on their 2021-2022 season performance by giving them an upgraded version. EA chose seven attackers, eight midfielders, seven defenders, and one goalkeeper to represent the best players from around the world. 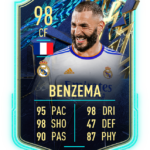 The cards will be available in FUT packs and in the FUT Market for a week, until June 17. The prices vary from player to player. The 97-rated TOTS Cristiano Ronaldo, for example, costs around 4.3 million FUT coins, while 98-rated TOTS Karim Benzema is priced at around 2.4 million FUT coins.

The Ultimate TOTS is the final team from the promotion that started back in April. Players could vote for the best players from several leagues like Serie A, Ligue 1, LaLiga, MLS, Super Lig, and Liga NOS and EA offered an upgraded TOTS for the most voted for each league. The Ultimate Team wasn’t chosen by players, however.

Here’s the full list of all the players added to FIFA 22 Ultimate Team today with the Ultimate TOTS.