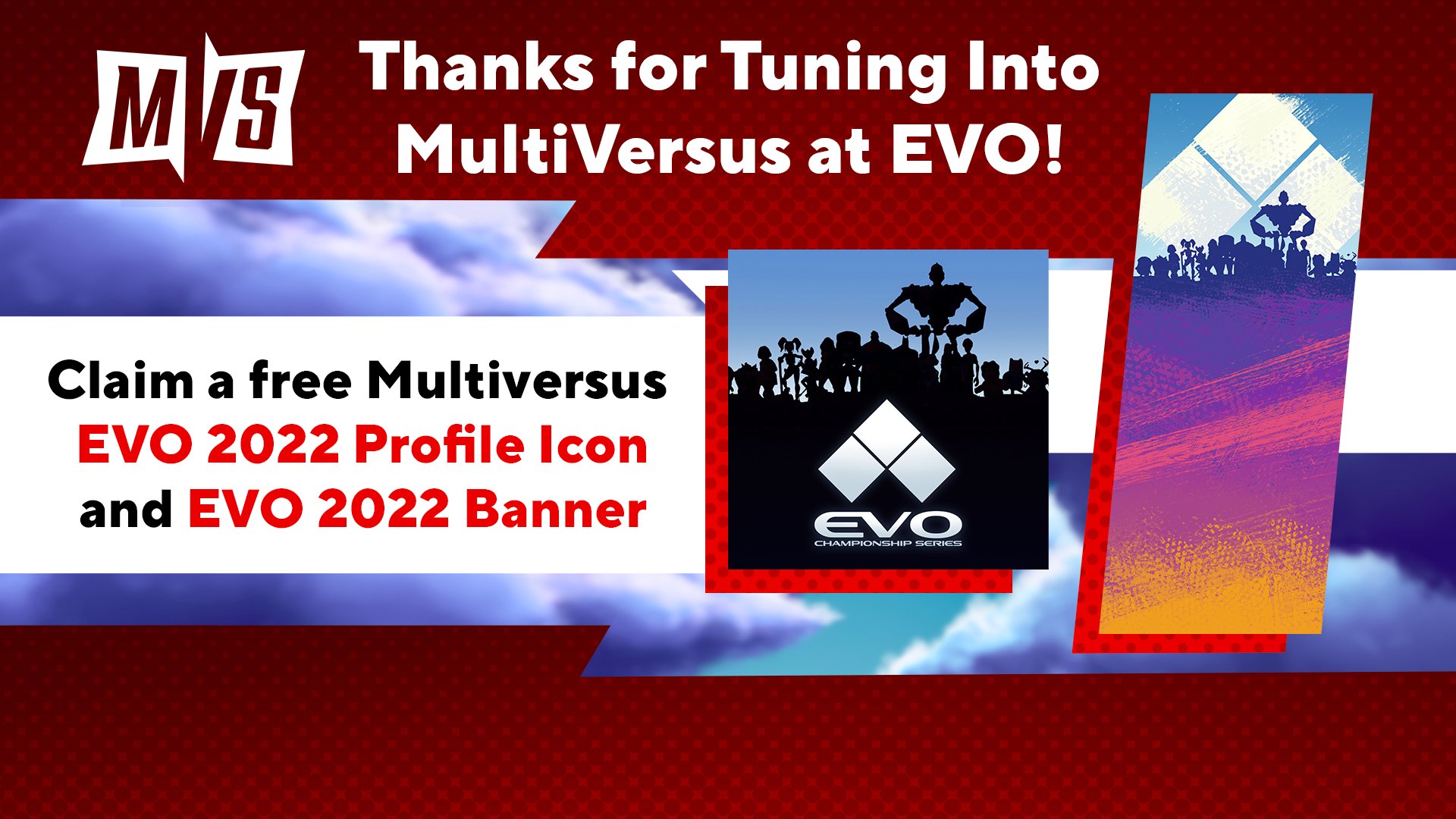 The crossover platform fighter MultiVersus is celebrating its first appearance at Evo with several exclusive items players can redeem for one day. Players can claim a free MultiVersus Evo 2022 profile Icon and banner by watching EVO 2022 on Twitch or following the Twitter.

The Evolution Championship Series is one of the most viewed fighting game tournaments. After being canceled in 2020 and seeing an online return in the following year, Evo has officially returned to in-person competition with the commencement of Evo 2022 on Aug. 5, 2022. The multi-title spanning tournament series came back to the scene with several new popular fighting game titles exploding across the scene.

In its beta phase, the Warner Brothers published MultiVersus released to the public weeks ahead of Evo 2022, and it quickly gained a significant following. Though not one of the main titles featured at the event, MultiVersus announced their Evo debut as a side featured game. Their prize pool is also much bigger than other games in the competition.

To celebrate the platform fighter’s debut at the most popular fighting game tournament of the year, MultiVersus rolled out several exclusive items for those who viewed the livestream. Designing an Evo-inspired player profile icon and banner allows players to claim the exclusive items on the MultiVersus site.

Players also should not expect to receive these items into their inventory immediately, as both the player icon and banner will be given out to players at the start of Season One, which was recently delayed.