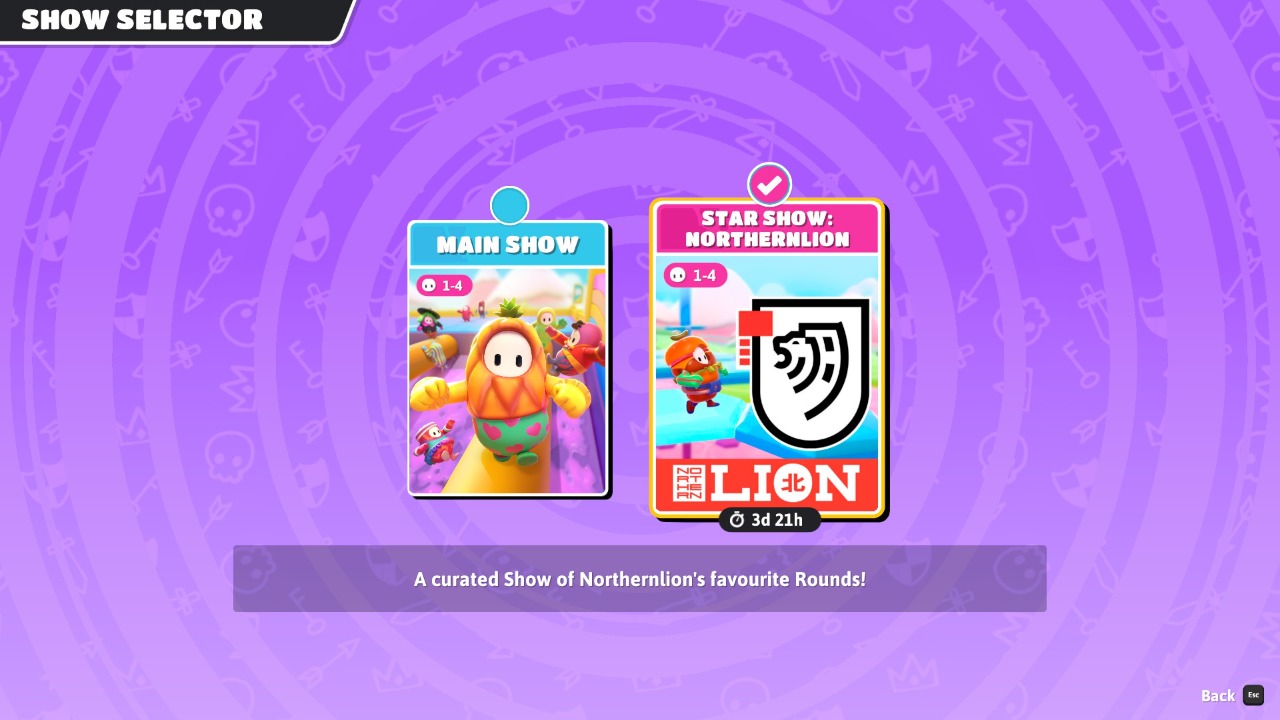 Mediatonic has added a new mode to Fall Guys for a limited time called Star Show. It was curated by Ryan Letourneau from the YouTube channel Northernlion.

Northernlion makes AAA and indie gameplay videos and has several videos playing Fall Guys. His most recent video is the 1,823rd episode of his The Binding of Isaac series. He also hosts the Northernlion Live Super Show, a tri-weely three-hour show on Twitch where he plays one game per hour with his friends.

The Star Show will be available to play for four days. You can find it in the Show Selector option on the main page right above the Play! Main Show button.