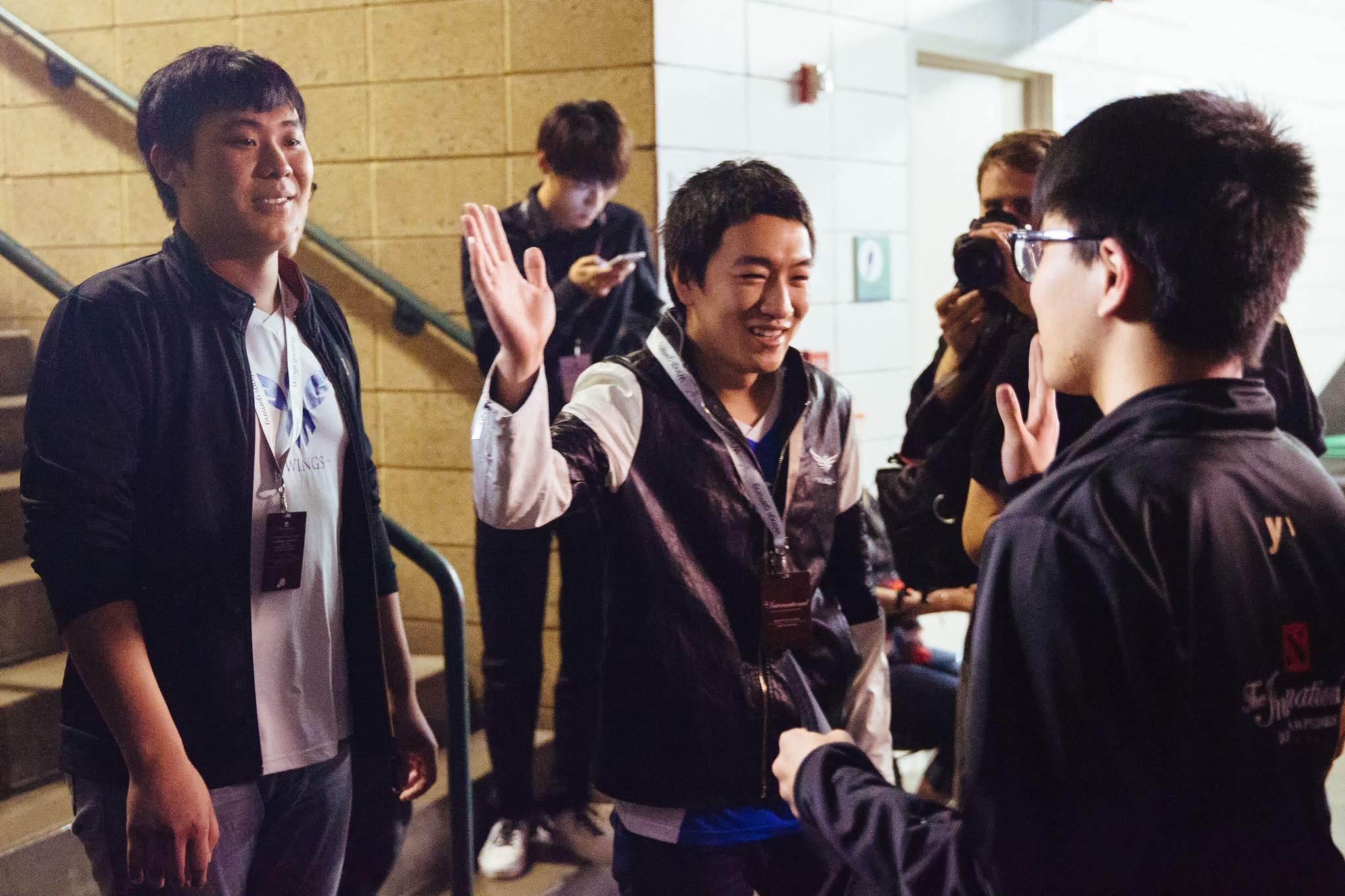 The winners of the biggest prize pool in esports history will no longer be allowed to compete in their native country of China.

Amid ongoing contract disputes, ACE (Association of Chinese Esports), has permanently banned the reigning International champions from attending Chinese esports events. Previously known as Wings Gaming, the most successful roster of 2016 departed the organization on April 19, as the players were reportedly owed outstanding salaries and were also expected to give up a percentage of their $9.1 million winnings from the International 6.

Three separate blog posts by members of Team Random claim that, following their departure from Wings, the organization’s CEO, Xie Zhouyu, sent a letter to ACE. The May 13 letter urged the association to take action against the roster, as none of the players had legally terminated their contracts with the organization.

Players Zhang “faith_bian” Ruida and Zhang “y`” Yiping were, however, open to the idea of settling any contractual obligations with the organization, and wished to have their contracts transferred to EHOME during the roster lock following the Kiev Major. They contacted Zhouyu on May 14, one day after the letter to ACE had been sent.

Despite their plea, however, ACE subsequently decided to bar all five of the players from competing in Chinese teams and domestic tournaments permanently. This will effectively end their careers in China.

In another blog post, the team’s carry player Chu “Shadow” Zeyu wrote that the actions of faith_bian and y` effectively threw the remaining Team Random players “under the bus.” Shadow claims that, upon their initial departure from Wings, all players were aware of ACE potentially taking action against them, and that faith_bian and y` were attempting to escape any of the potential consequences.

While the ban does prohibit the players from competing in China, Valve events such as the International and the Valve Major are not affected by the ruling.

ACE, which acts as the regulatory body of Chinese esports, has been criticized in the past for its treatment of players. One of the most notable cases of alleged mistreatment towards players occurred in March 2016, when former LGD Gaming carry Liu “Sylar” Jiajun was allegedly denied the right to negotiate the conditions of his upcoming contract during the offseason.

With a permanent ban placed on all five of the players, it appears there won’t be a defending champion at the International 7.