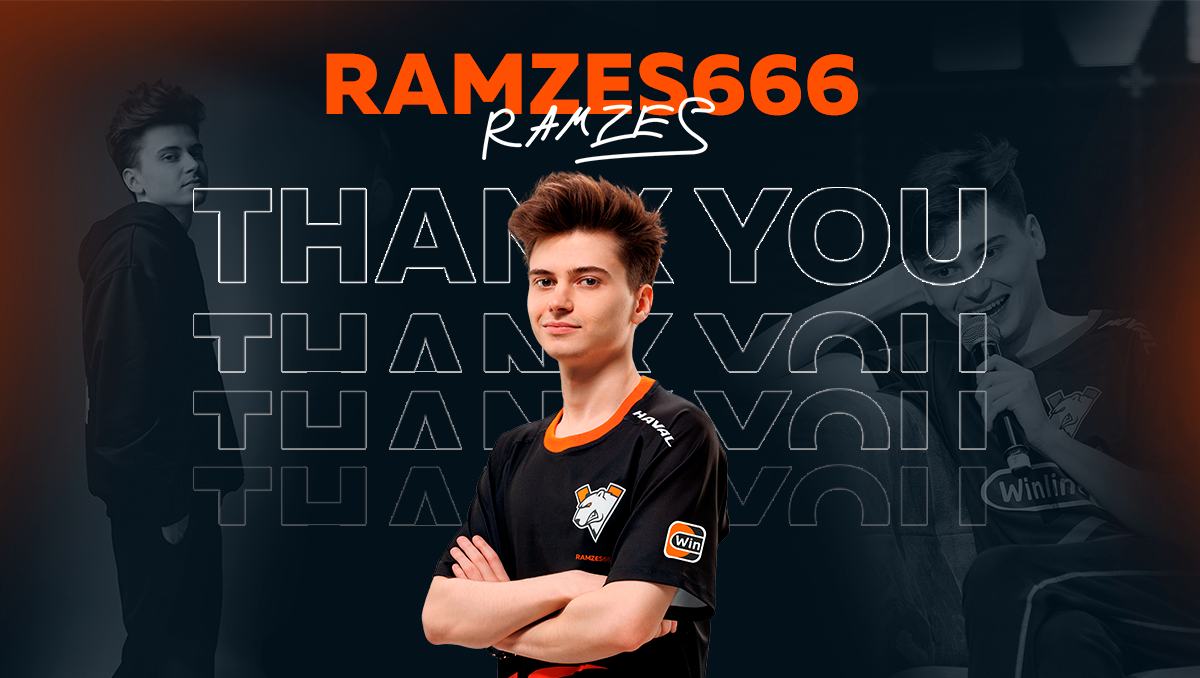 The International hasn’t even hit its main event yet and roster shuffles are already starting to make waves in the competitive Dota 2 scene, starting with Virtus.pro officially parting ways with Roman “RAMZES666” Kushnarev.

This decision shouldn’t come as a surprise, as RAMZES coming back to VP after spending nearly three years with other rosters like Evil Geniuses and Natus Vincere wasn’t likely to be a long-term fix for either side.

RAMZES joined VP at the end of the 2022 DPC’s Spring Tour in May following the organization cutting ties with Ivan “Pure” Moskalenko in the wake of his controversial actions during an event. He was coming in from playing in a stack and fit what VP needed on short notice, giving them a high-level filler player with experience to run with its roster through the end of the season on somewhat short notice.

“Roman came back during a tough time for our club, when we really needed a carry with experience. Together we managed to achieve success, with victory in the third DPC tour being a good example,” VP said in a statement. “But the global goal, the one which the players set for themselves, has not been achieved. Sometimes a group of highly skilled players does not add up to a strong team. Therefore, we made a joint decision to end our cooperation, fully confident that both parties will benefit from it.”

It wasn’t a perfect fit, but VP did look like an incredibly strong fit with RAMZES filling his usual carry role, helping the team to a seventh-place finish at the Arlington Major and what looked to be a direct invite to TI11. However, following a series of statements from Valve to clarify some messy number crunching in the official DPC rankings, VP just missed out on that invite.

They were then forced to play in both the regional qualifier and Last Chance Qualifier, after losing the prior spot to a BetBoom Team upset run. And, despite a strong performance in the LCQ, VP were eliminated just shy of making the trip to TI by Team Secret and Team Liquid.

Following the event, VP’s support player Egor “Xakoda” Lipartiya was quick to say that he was confident the team would be shuffling its roster after its failure to qualify for TI11. RAMZES is just the first domino to fall, as the organization notes his contract was only valid through the end of TI11 and both sides “mutually agreed to cease cooperation.”

“It felt good to go back to the familiar den for a while, but now it’s time to move on,” RAMZES said. “I wish the guys good luck and hope to meet them again in the tournaments.”

VP will likely make a few additional changes to its roster once TI11 does end and the roster shuffle bug expands to the wider Dota community.

As for RAMZES, it is likely he will find a home for the next DPC season within Eastern Europe during that shuffle period. Even if he doesn’t he has left the region before to play for strong teams, so there is nothing stopping him from making the leap again if the right situation opens up.