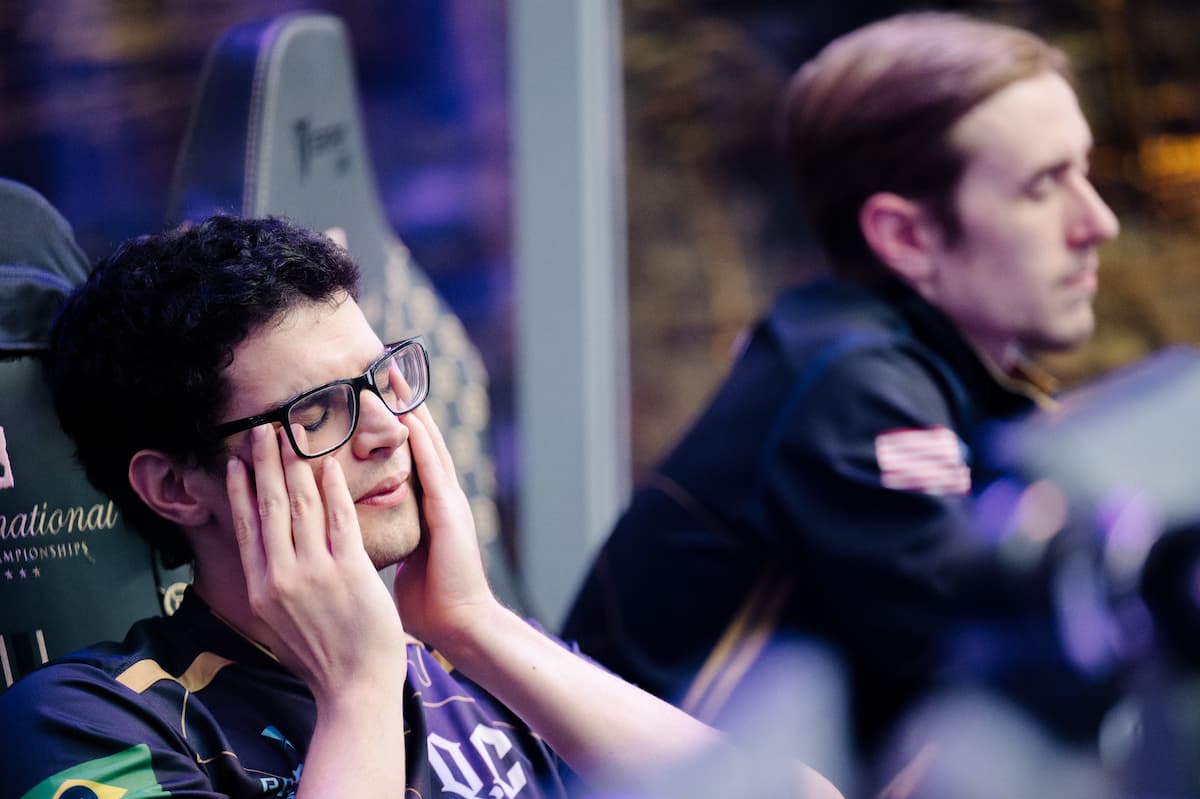 Quincy Crew were one of North America’s top performers over the last two years in the competitive Dota 2 scene, but the first of several moves is already shaking the roster to its core. Rodrigo “Lelis” Santos departed the team today to explore his options.

Team manager Jack Chen previously confirmed that QC would see significant changes before the next season. They might be more significant than many fans first thought, however, based on Lelis’ announcement and the official QC Twitter account noting that his update provides a deeper look at what the future may hold for the organization’s roster.

“TI was a wonderful experience for me and I am very happy to have reached my goal/objective of getting to compete at TI,” Lelis said. “Of course, I would like to win and hold the Aegis, but that’s another step … As for now we are parting ways on QCY and I am evaluating my best options.”

The Brazilian–American player joined QC last June after standing in for the team at ESL One Birmingham 2020 and helping them win the NA/SA regional bracket. From there, QC remained the second-best team in NA, consistently pressuring Evil Geniuses and becoming a staple of international competitions when they returned.

However, when they did attend events like the ONE Esports Singapore Major or WePlay AniMajor, they could never place higher than fifth. That lack of top-tier success came to a peak during the group stage of The International 10, where the team barely survived until the main stage and then fell to OG in round two of the lower bracket, exiting in a tie for ninth and underperforming their own expectations.

Because of that performance, Lelis notes that the team disbanding to some extent was “inevitable” in his eyes because they grinded for so long and still failed to reach their overall goals.

“Our performance at TI was a bit lackluster especially in the group stage, but we managed to crawl out of the dumpster and collect some wins in the end,” Lelis said. “It wasn’t all that bad and some teams would have probably crumbled in our situation. I am very proud and happy we managed to pull through and survive the groups and win our bo1.”

Lelis plans to start streaming again soon as he works toward a decision on where he will play during the next Dota Pro Circuit season, and fans will have to wait to see which form QC will return in—if at all.