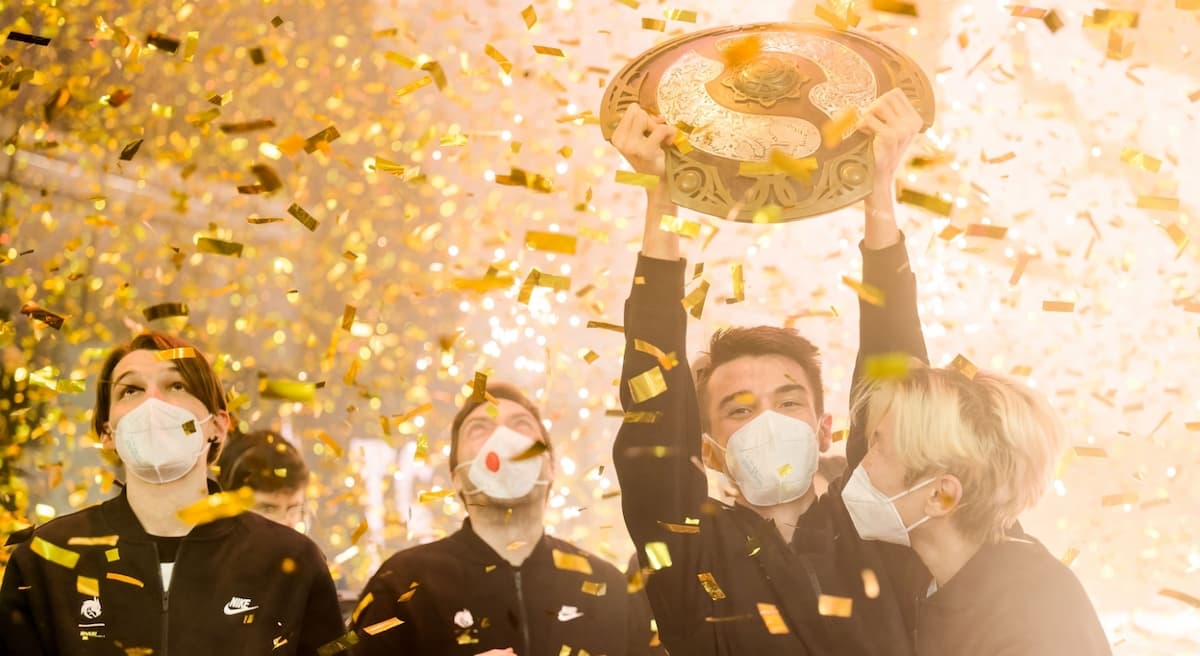 From making it in by one game through regional qualifiers to a 0-4 start in the group stage, then going into one of the greatest lower bracket runs of all-time, Team Spirit held off PSG.LGD to cap off their Cinderella story by lifting the Aegis of Champions at Dota 2‘s The International 10.

Led by Miposhka, the only player on the team who has ever competed at a TI before, Spirit are the first CIS team to win The International since Na’Vi did it a decade ago at TI1. They take home $18,208,300 of the more than $40 million prize pool in a grand final worthy of the TI main stage.

Spirit made a declaration in game one, picking some of their go-to heroes, controlling the tempo, and playing their style with visible comfort.

LGD couldn’t find a solid way to counter that playstyle but were still fighting despite how hard it was for them to scale at Spirit’s timings. LGD’s inability to scale gave Spirit an advantage in the few big teamfights that happened: they completely shut down Ame’s Ursa and held LGD as a whole to five kills.

Game two saw LGD get much more aggressive in the early game, forcing Spirit to play a more composed style of Dota. However, Miposhka rallied his team with his Bane, making sure they didn’t walk into any overly dangerous situations thanks to his vision. They capitalized using Collapse’s Magnus as the focal point as he skewered LGD. Spirit flipped a switch and carried themselves through to another win.

Even though they went down and were just one game away from elimination, LGD composed themselves ahead of game three’s draft, planning out a way to coax Spirit into a sense of comfort around Collapse’s Magnus.

That plan took a little while to come online, but once it did, LGD looked unstoppable when they got the drop on Spirit. Ame’s Spectre and NothingToSay’s Tinker split the carry load going a combined 19/2/40, while Yatoro was essentially Spirit’s only hope—making every death on his end nearly game-breaking for the CIS squad.

Spirit were capable of holding out, but they went almost 20 minutes with their only kill being on y`’s Undying. LGD just played their advantage and, even though Collapse was able to Skewer Ame into Spirit’s fountain, it wasn’t enough to pull back from a 40k deficit.

Game four had a chance to be the Spirit-breaker.

A messy draft—which didn’t give Spirit a clear win condition playing into a strong LGD core led by Ame’s Luna and NothingToSay’s Kunkka—looked almost unwinnable. LGD was up by 5,000 Gold 10 minutes in, 7,000 just after 12 minutes, and were pushing the high ground before the 20-minute mark for a quick win to even the biggest series of the year.

In what boiled down to a best-of-one for more than $18 million and the Aegis, both Spirit and LGD drafted heroes they are known for, playing into their individual comforts where the CIS team would need to beat LGD’s meta-setting Tiny/Lycan combo.

It took some time for the game to get going, but slowly, LGD seemed to build a lead and get their mojo flowing—until one teamfight changed the situation and showed that Spirit were more than capable of standing their ground.

From there, it was a slow death for LGD. Collapse horn tossed pick after pick back into his team for easy setups, then de-committed before LGD could respond. This process gave them the edge, and they started taking big teamfights and pressuring the high ground.

LGD repelled what looked like a game-ending push after Spirit picked off Ame’s Tiny, but there was nothing they could do beyond that. They lost a fight in the Rosh pit, Ame died again with no buyback, and Spirit completely ignored Roshan to rush the Ancient and win TI10.

Throughout their run, Spirit defeated Fnatic, OG, Virtus.pro, Invictus Gaming, Team Secret, and LGD. Now, they lift the Aegis, bringing it back to Eastern Europe for the first time in a decade and proving that anything can happen if a team fights together.

For LGD, this was their third straight season falling short near the end, having placed second at TI8 and third at TI9. They will be back to challenge the world once more in the next DPC season, hungry to finally break their own curse and bring the Aegis back to China.