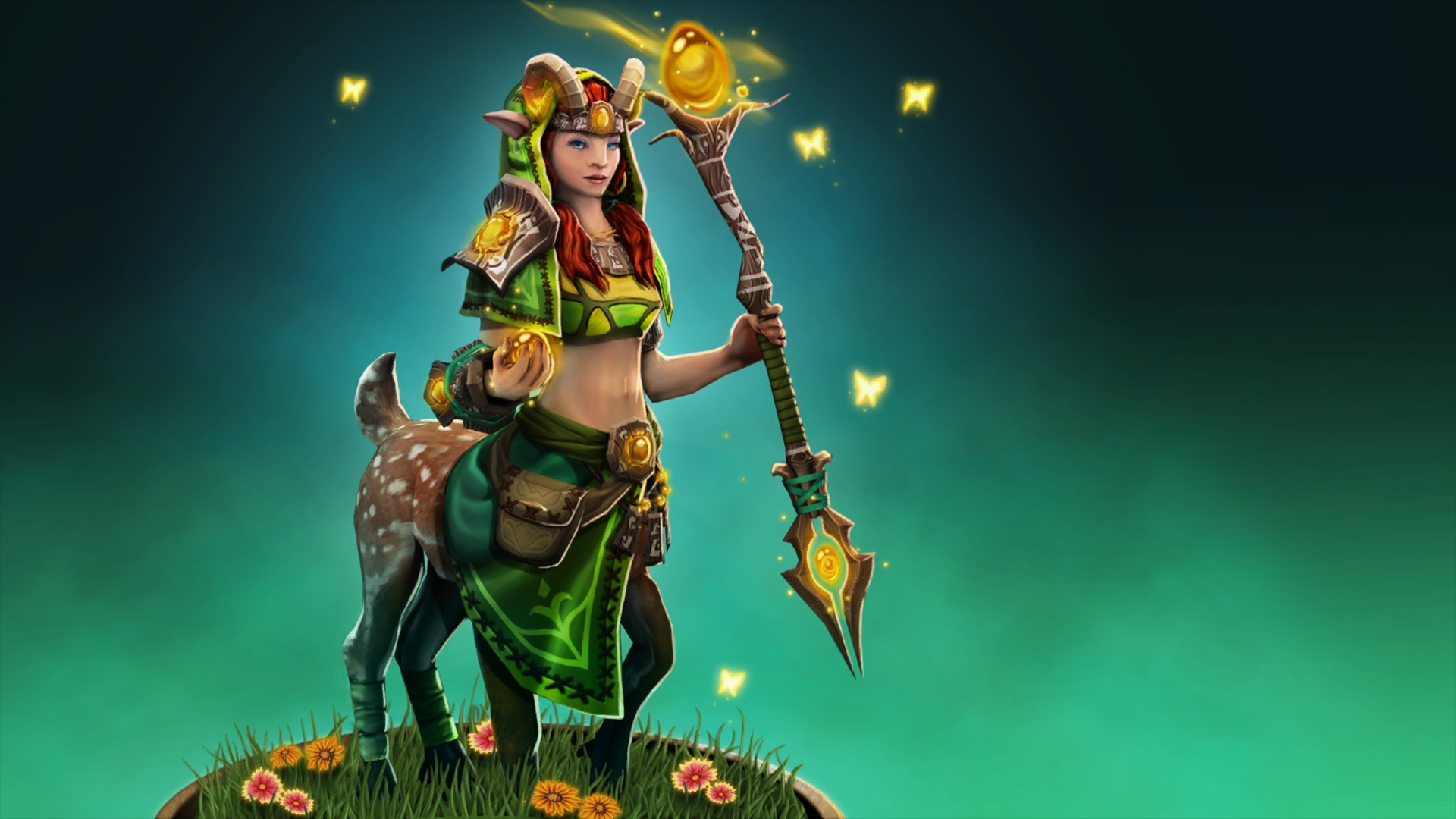 With the qualifiers for the third round of the 2019-20 Dota Pro Circuit finally done and dusted, we can get a glimpse into the developing meta since the new 7.24 update.

A helpful infographic from Gosu.AI gives fans a lot of information at a glance. One hero is the clear winner: Enchantress.

Related: All teams that qualified for ESL One Los Angeles Dota 2 Major

Enchantress didn’t receive any buffs in 7.24, but the Outlanders patch did rework the hero significantly. Valve swapped Impetus and Untouchable’s status as a basic and ultimate skill around. It reduced Enchantress’ survivability a little bit, but it made her trading potential in lane even better. Enchant also received some massive buffs that allowed creeps under her control to have increased health and damage.

As the cherry on top, she even gained base intelligence for a higher mana pool and increased movement speed, making her one of the fastest heroes in the game.

All these changes made Enchantress one of the best lane dominators. She’s become such a powerful offensive hero that most players skip Nature’s Attendants entirely, with some players even electing to pass over Untouchable.

Enchant at level four gives her creep 70 attack damage and constant peppering with Impetus will bring down most heroes in the game.

Coupled with her flex pick potential that allows her to take up both supports and the offlane role, she’s quickly risen up the tier list to become the most popular hero in terms of pick and bans across all three regions.

Technically, Enchantress did gain a new Aghanim’s Scepter ability Sproink, which allows her to leap a short distance backward. It’s rarely seen any usage, however, with pros preferring to go for cheap, effective items like Hood of Defiance and Dragon Lance to boost Enchantress’ survivability.

Batrider has always been a mainstay in the meta due to his powerful skillset. His BKB-piercing ultimate is a great initiation tool against all heroes and his long-duration ability to scout with free pathing is invaluable. Additionally, the hero is a lane dominator and can play all three lanes effectively.

It’s little wonder that when a hero like this gets buffed in 7.23, he would eventually surge back into the meta. While Firefly did get its flying vision nerfed, the buffs to his other skills more than made up for it.

Sticky Napalm had its cast time entirely removed, making it even easier to stack and chase down enemy heroes. Flamebreak also became a powerful instant nuke and had its projectile speed increased so much that it became almost impossible to dodge.

The hero performs well as a starved support or as a mid lane core. All the hero needs is a Blink Dagger to become a menace on the field, while a core Batrider can become a splitpushing and teamfight monster with Boots of Travel.

New kids on the block

The two new heroes introduced in 7.23, Snapfire and Void Spirit, have gotten off to a roaring start in Captain’s Mode.

Snapfire was the most picked hero in the CIS region, while Void Spirit was most picked in the North American region. Both heroes also made appearances in the pick and ban list in other regions.

OG’s Topias “Topson” Taavitsainen was so fearsome on Void Spirit that it caused opposing teams to consistently ban the hero in the first phase.

Related: How to play Void Spirit like OG Topson

Both heroes bring unique skillsets to the table. Despite Snapfire being played as a support, she manages to deal a ton of damage with her plethora of spell damage. Scattershot’s wide AoE and Snapfire Cookie’s forced movement and stun are both great in the lane, while her ultimate, Mortimer’s Kiss, ensures her teamfight relevance even into the late game.

Void Spirit is one of the most mobile heroes in the game and his varied item builds allows him to be one of the most versatile. It doesn’t feel bad building intelligence control items like Orchid and Eul’s because it still provides him damage as an intelligence hero. Even so, a physical build with items such as Crystalys and Solar Crest has proved to be the meta build. Plus, the hero is able to occupy all three core positions easily.

While flex picks such as Enchantress and Batrider dominate the meta, Slardar deserves a mention due to him being one of the few non-flex picks on the popular list.

Slardar had a seemingly tiny buff in 7.24, receiving an additional 10 movement speed and having Bash of the Deep rescaled to be weaker at its early levels. Yet for a hero where speed and initiation have always been an issue, the 10 movement speed has gotten him to the finish line.

The increase in base movement speed also augments his Guardian Sprint. It allows him to forgo an all-or-nothing Blink Dagger purchase that could stunt the hero’s scaling, thus going for more utility-oriented items that most offlaners prefer now, such as Drums of Endurance or Pipe of Insight.

Despite Bash of the Deep being rescaled, it still remains a powerful harassment skill. It makes enemies fearful of trading with you and it opens up kill opportunities easily due to the hero possessing two stuns and a gap closer.

In the best-case scenario, a Slardar having a good game can even rush an Aghanim’s Scepter, a powerful upgrade to his Slithreen Crush that provides him with additional HP regen, Armor, and Status Resistance that elevates his tanking potential.

Slardar’s Corrosive Haze also greatly opens up his team’s Roshan potential. The armor reduction helps to boost any allied hero that deals physical damage, which is a godsend for most agility carries in the game.

It’s likely that we’ll see some tweaks to this hero before we head into the third round of the 2019-20 DPC proper. The StarLadder ImbaTV Minor runs from March 5 to 8, followed by the ESL One Los Angeles Major from March 15 to 22.