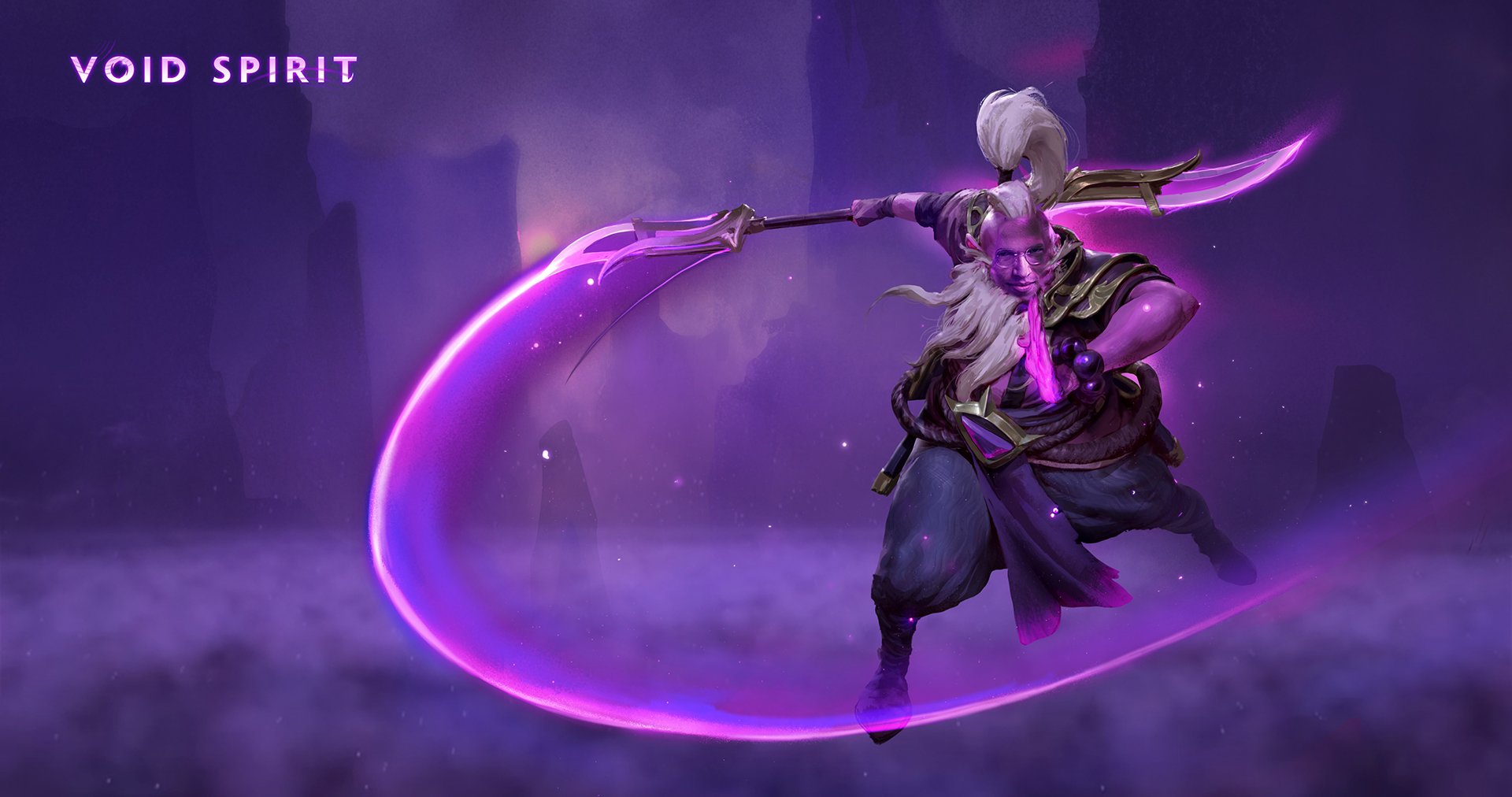 Topias “Topson” Taavitsainen needs no introduction. The Finnish pubstar burst onto the professional Dota 2 scene two years ago with OG, achieving on his first try what other pros have yearned for their entire careers: an Aegis of the Immortal—and one more for good measure.

First making his mark on the scene as an Earth Spirit spammer who achieved the No. 1 ranking in the MMR leaderboards years ago, Topson has continuously innovated item builds and added new heroes to his repertoire. He made Monkey King look monstrous when no other team dared to pick it. His devout adherence to Quas Wex Invoker (and Meteor Hammer) introduced the space-creator into the meta once again. His Troll Warlord built Radiance and Octarine Core on an agility carry that deals damage through right-clicks. And who could forget the iconic Diffusal Blade purchase on Gyrocopter that turned out to be a game-winning item decision?

When Topson likes a hero, no matter how off-meta it might be, he puts both mind and body in a ceaseless task to make them work with item and skill builds that defy conventional logic. It stands to reason that the Finn has taken to Dota 2’s newest hero, Inai the Void Spirit, and smashed the accepted build into tiny pieces.

OG’s campaign to their first Major of the season couldn’t have been more successful. Off the backs of Topson’s Void Spirit, which had a 100 percent win rate, the two-time International champions dropped just one game en route to securing their flight to the City of Angels. And in that one loss, Void Spirit was banned.

Despite OG first-picking Inai whenever they could, Topson proved unstoppable with Void Spirit. It isn’t just because the hero is broken since the hero has below a 50 percent win rate across the Los Angeles Major qualifiers. So what does Topson do so differently with Void Spirit?

[Q] Aether Remnant is Void Spirit’s main lockdown skill. Using vector targeting, it functions as a landmine that guards a long, narrow AoE, providing vision and taunting any enemy target that gets in its way. It can only pull one target, so careful casting is required to prevent it from being wasted on creeps. It also functions as a long-range way to secure a creep in the laning stage.

While the skill is essentially a stun, the pulling effect means that some cute plays can be done with it, such as turning a Bristleback to disable his passive or sending a key target over impassable terrain.

[W] Dissimilate is part of what makes Void Spirit such a slippery hero. While most blink or movement spells have some sort of tell that could potentially reveal the hero’s location, Dissimilate is the cup and ball game but worse.

It creates seven portals centered on the hero. The player can choose which one to emerge from by right-clicking it. After 1.3 seconds, Void Spirit then pops out. The player can see the highlighted one, but all enemies will see are just seven identical circles on the ground with only their game sense to tell them which one Inai might emerge from.

This skill allows you to disjoint spells like Disruptor’s Glimpse and avoid damage. The forgiving 1.3 seconds phase time can be a double-edged sword since it makes it more forgiving against certain spells but could also give time for your enemies to swarm you. It also deals magical damage and can even stun if you take the appropriate talent.

[E] Resonant Pulse is Void Spirit’s main creep clearing ability and defensive ability. Activating it sends out a large pulse around the hero, dealing damage to anybody caught in it and providing a physical damage shield for Inai. Catching multiple heroes further improves the damage value on the shield.

The combination of magic damage and physical defense makes it one of the best laning skills in the game. Its high damage allows you to easily secure ranged creeps that are out of reach, all while protecting you and letting you trade hits with your lane opponent.

The skill comes preloaded with two charges. Casting it causes the hero to go in a straight line, dealing damage to enemies caught within the AoE and also places an additional magical debuff on them that detonates for extra magic damage. Astral Step uses Void Spirit’s attack damage and can proc item effects like critical hits, which is a big reason why Topson rushes Crystalys.

This becomes your main initiation and escape tool. Since it serves double duty, you must be careful with your aggression to prevent being caught napping.

Topson plays the hero mid and thus goes for an extremely aggressive skill build that skips Dissimilate entirely due to its difficult nature to land and hit. Going into the skill also means missed opportunities to right click the opponent.

Resonant Pulse first lets you secure the ranged creep and harass your laning opponent reliably. The ranged creep gives so much gold and experience that it’s imperative to secure.

Topson maxes Aether Remnant since the spell scales better with levels. Aether Remnant increases in damage and reduces in cooldown, which allows Topson to turn up the heat and opens up more windows of opportunity for kills.

Dissimilate is skipped in the early game due to the long resolution of the spell. It’s technically Void Spirit’s highest damage spell, but it takes forever to cast, which is time that could be well-spent right-clicking the enemy. It’s also unreliable to hit if you miss your Aether Remnant. Since you’ll be taking this hero to the mid lane, your levels should be high enough to prevent opponents from punishing you for lacking one escape spell. If you play this hero in the side lane, a value point can be considered.

The level 10 talent gives 30 physical damage, which is a ridiculously high number for the first talent in the tree. Mana regen is nice, but the hero’s intelligence gain is decent enough.

The level 15 talent gives you even more damage and makes Resonant Pulse even better at clearing creep waves. Since creeps gain more HP as the game goes on, the increased damage just makes for a nice quality-of-life upgrade.

While Topson hasn’t had the opportunity to hit level 25 in a pro match with Void Spirit, the additional crit on Astral Step makes the physical item build scale further into the late game. Dissimilate stunning is nice, but it usually becomes more of a defensive skill as the game drags on.

Against tougher lane opponents, it’s completely fine to go for more stats like Circlet or a Mantle of Intelligence and build Null Talismans earlier.

Bottle is a great pick-up for an aggressive Void Spirit. The right rune can make or break a gank and Void Spirit’s great wave pushing means that you can dominate rune control.

Power Treads are Topson’s preferred boots. Since the hero already possesses so much mobility and has a built-in physical defense, armor is less of a concern for Inai. The attack speed provided scales well with the physical items you’ll be building later. Treads-switching also helps you get more mileage out of your mana pool and bottle.

Crystalys is always Topson’s first big purchase. The item only costs 2,150 gold and provides 45 damage and the ability to crit. It’s one of the most gold-efficient sources of physical damage in the game. Topson rarely bothers to upgrade this item, but it could potentially build into Daedalus for even more damage or Bloodthorn for additional control.

Medallion of Courage and Solar Crest are Topson’s next item of choice. Medallion is the cheapest source of armor decrease in the game, which fits perfectly with Topson’s eternal aggression. It’s a more utilitarian build, but since Topson rarely plays as the primary carry, it serves to open up Roshan opportunities and augment your carry during teamfights and pushes.

Desolator is another efficient damage item choice. It also reduces armor on units and structures, which helps your carry hit even harder on their target of choice. Void Spirit’s plethora of mobility means that the hero can build so offensively and still remain hard to catch out.

Eul’s Scepter of Divinity is something Topson picks up when he needs a defensive item. Since it’s an intelligence item, it actually provides damage to Void Spirit, while providing a useful dispel against pesky silences. It’s also a fantastic setup item that can be purchased to catch out slippery targets.

OG and Topson have been cruising through the qualifiers so far, so his item build has generally revolved around having the most efficient aggression possible. In tougher games, common defensive items such as Black King Bar, Linken’s Sphere, or Aeon Disk can be considered.

“How can you carry hope in the face of the void?”

In and out is the name of the game. Void Spirit rarely stands still and it’s imperative for the player to weave in between his enemies.

Having so much physical burst in your kit opens up options. Rather than going all out on magic damage and being forced to use Dissimilate into Aether Remnant, for example, you can choose to instead reserve the spell for defensive usage. Since most of Void Spirit’s kit serves double duty, being forced to cast a skill offensively could send you straight to death.

While it might be less of a solo kill build than having an Orchid Malevolence and Scythe of Vyse, Topson and OG have always been about dominating teamfights. Having so much physical damage also allows Topson to target and lay waste to enemy supports who usually lack the proper defensive tools, made easier by Void Spirit’s long-reaching spells.

Topson’s build centers around low-committal and low-cost items, which allows Void Spirit to become a menace as quickly as possible. Crystalys and Medallion are component items that can be further upgraded instead of a final item path like Drums of Endurance, which helps the hero save gold and scale well into the late-game.

“Now I lay their plans to waste”

Void Spirit is the newest hero introduced to Dota 2 and pros and pub players alike are still figuring out what the hero does best. While Topson always has his own unique way of playing the hero, his immense aggression and team-focused playstyle make him hard to replicate.

Yet, Topson has consistently proved that while his builds might look weird on the surface, his innate understanding of the game and his appointed hero has proved critical to OG’s victory time and time again.