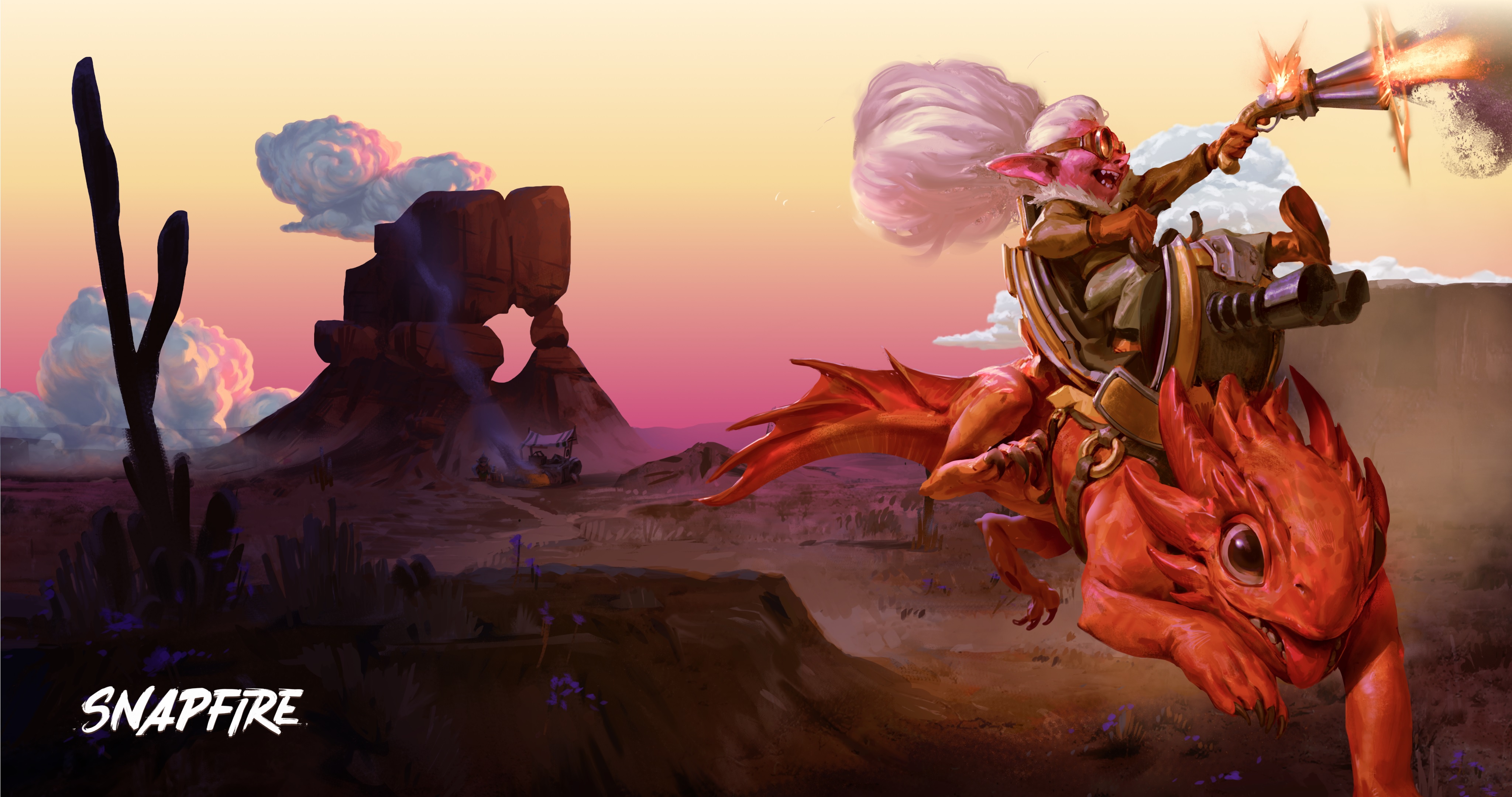 The huge Dota 2 Outlanders update introduced two new heroes in Snapfire and Void Spirit. They represent almost polar opposite playstyles, but both can be bonkers in the right lineup.

Beatrice Snapfire isn’t just a loveable granny who rides Mortimer, a dragon toad. Both Beatrice and Mortimer fully exercise their right to bear arms with a multitude of damaging skills. Snapfire’s Scatterblast (Q) and Lil’ Shredder (E) will tear apart any enemy that gets too close, while Mortimer’s Kisses (R) is an artillery nightmare for the opposing team. Snapfire sweetens things up with a Firesnap Cookie (W), boosting allies forward and even stunning enemies that are in the way.

Best as a tanky offlaner or backline support

Snapfire is an atypical strength hero as only the fourth ranged hero in the category. While most strength heroes have a form of initiation or defensive ability, her Snapfire Cookie combines crowd control and forced movement into one skill. The rest of her skills are damage-based, making her a potent offensive option even in the support position.

With one of the best trading skills in the game in Lil’ Shredder, which deals an immense amount of damage and reduces attack speed, Snapfire is a hero that excels at harassing and poking enemies in lane. She works best as a support or offlaner because she isn’t a good farmer. While she clears waves decently fast, her lack of escape means that getting caught is pretty much a death sentence.

Her main scalability into the late game is her Lil’ Shredder skill. Like Pangolier’s Swashbuckle, the skill procs on-hit effects but have fixed damage. Unlike Pangolier, she has a talent that unlocks the skill’s damage cap, allowing it to use her own damage. For this reason, she’s seen some play as a carry or mid laner, buying damage items like Monkey King Bar and Mjollnir.

But her strength spikes are in the early and mid game right after her ultimate, Mortimer’s Kisses, comes online. Now that Outposts exist, Mortimer’s Kisses is a massive deterrent for heroes that are trying to capture them due to its long duration and good AoE.

Firesnap Cookie is hard to use but can pay dividends

Firesnap Cookie is Snapfire’s main support skill, but honestly, it’s tough to know when to cast it.

Using it as an offensive ability is difficult. You don’t really want to use it on yourself because you usually want to start a fight with an artillery barrage. Using it on allies means there’s additional travel time, and since nobody is telepathic, it’s easy to change directions and miss the landing completely. Plus, the skill has a relatively low impact AoE.

Defensively, the ability isn’t an instant forced movement like Force Staff, so it’s also tricky to use. It’s a lot easier to use it on stunned or disabled allies to disengage, however, but it’s prudent to communicate your intent with your teammates.

The skill is hard to use, but it’s actually really strong. Not many skills or items in the game provide forced movement, especially ones you can use on your allies. It’s a broken mechanic in a sense, but its power is toned down by its unwieldiness.

Firesnap Cookie can allow you or targeted allies to jump cliffs and unpathable terrain, so it can prove to be a great escape tool in a pinch. With the level 15 talent, it also heals, which can be a much-needed boost of health whether you’re using it offensively or defensively.

Sure, it’s a difficult spell to use, but it actually boasts some insane stats. Landing a maxed Firesnap Cookie is a 2.5 seconds impact stun and could provide a gap closer to heroes that have none.

Using Firesnap Cookie on allies from Fog of War allows for less reaction time from your opponents. The hop distance is relatively short and fast, so covering the long animation from Firesnap Cookie is the best way to conceal an initiation.

In lane, it’s possible to use it on creeps. Since creeps have predictable directions and are always at a set range from an opponent, it can be an unexpected way to get off a quick stun on an unsuspecting enemy. Boosting a ranged creep, for example, can stun a melee hero and a melee creep can land on a ranged hero while they’re last hitting.

The spell keeps getting buffed by IceFrog and crew, so it’s probably a good idea to get acquainted with the skill before it veers into overpowered territory.

Mortimer’s Kisses is ridiculous. It offers eight globs of damage with sizeable AoE and high damage, ridiculously long-range, and even slows affected enemies. Any enemy that gets caught in a stun is almost certainly dead and the spell is further boosted by her level 25 talent that doubles her amount of globs to ensure its scalability into the late game.

It might take some getting used to the targeting system in the beginning, but it’s not very difficult. Click on the spell while within range and use right clicks to reposition your circle. There’s some travel time involved, especially when they’re further away, so there’s a need to lead your shots.

The spell isn’t technically channeling, but it has a long cast time. It’s still canceled by silences and stuns, but not by Nullifier. Abuse tree lines and high ground to launch your projectiles. The spell is powerful but isn’t instant, and getting all eight globs off is a substantial amount of damage if it hits and area denial if it doesn’t.

It has a short cooldown for such a strong ultimate, so there’s no shame in using it off cooldown to secure a hero kill. Give Mortimer a pat after he massacres your enemies for you.

Snapfire is, in some ways, a cookie-cutter hero, but her skills all work with a fun twist. She’s a welcome, novel addition to the Dota 2 roster and is a strong support choice for players who are more offense-oriented. There’s a lot of comments mentioning that she plays like a hero from another MOBA, but is that really a bad thing? Sure, Snapfire isn’t the most complex hero and isn’t an edgelord with a tragic backstory, but it’s completely fine. She’s fun to play and that’s really all that matters.