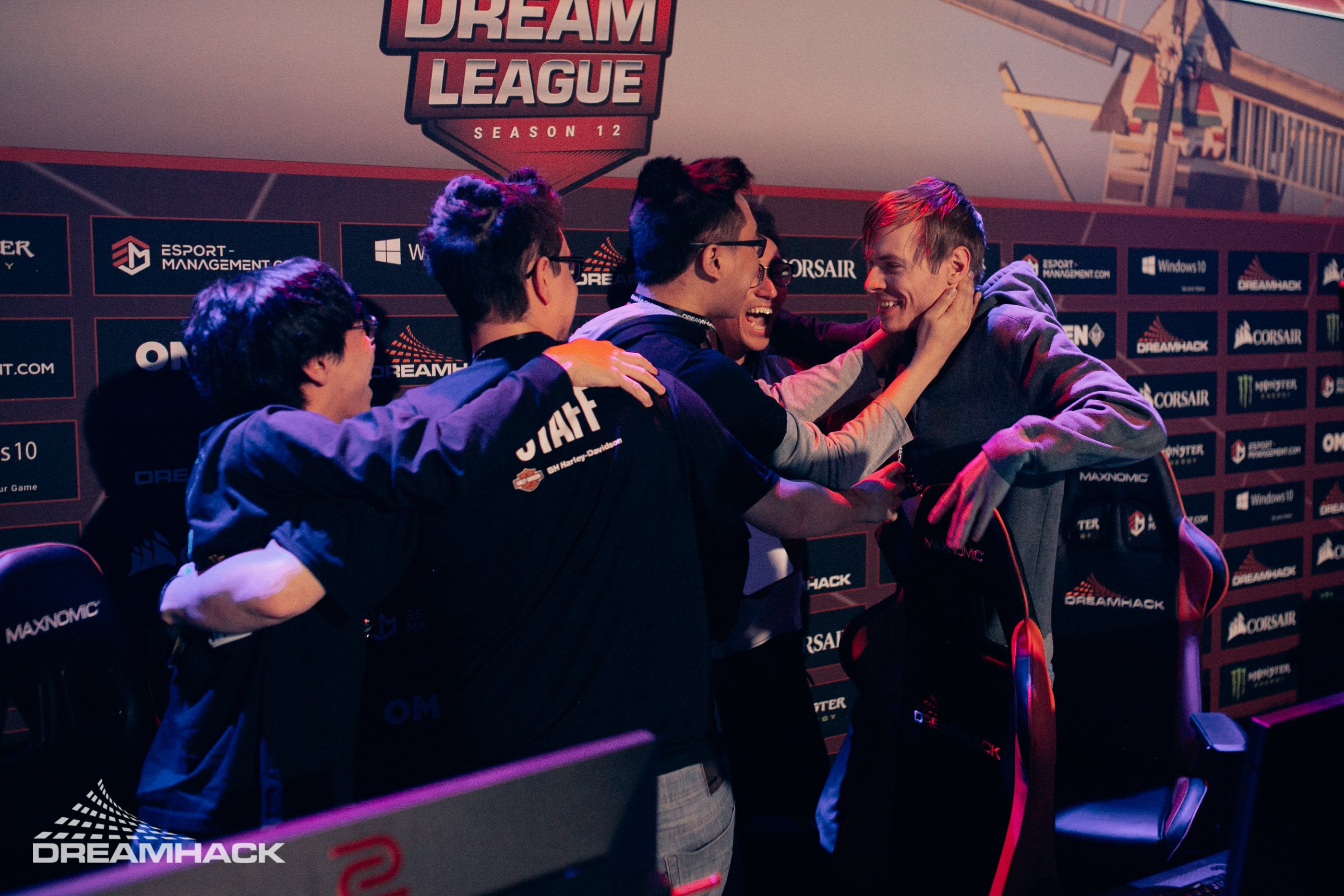 Alliance look like they may be one of the strongest European Dota 2 stacks after two dominant days at DreamLeague Season 12. On the other hand, Team Liquid suffered a massive upset and continue to look lost at times.

In the team’s only series of the day, Adrian “Fata” Trinks and his squad crushed Ninjas in Pyjamas with very little trouble to claim the first spot in the grand finals.

Even though NiP also had a strong start to the tournament with its new roster, Peter “ppd” Dager couldn’t find a reliable way to counter Nikolay “Nikobaby” Nikolov’s Gyrocopter in game one. After about nine minutes of back and forth, Alliance took the lead and ran away with the opening match.

Game two was slightly closer, but Nikobaby and Linus “Limmp” Blomdin continued their dominant lane play, with the only real competition coming from Nico “Gunnar” Lopez’s Lina throughout the mid-game.

Alliance would go on to clinch the 2-0 sweep and secure a spot in the grand finals, but NiP would get another surprise after neither J Storm or Liquid advanced to the loser’s finals. Instead, the North American stack Demon Slayers upset both teams despite going 0-4 to start the tournament.

DS fell behind early in a close series after J Storm’s David “Moo” Hull played an excellent Faceless Void. But Moo’s performance failed to stop his opponents from pulling off an incredible comeback in game two and crushing Clinton “Fear” Loomis’ team to eliminate them. That momentum carried right into the matchup against Liquid as DS beat down the ex-Alliance roster in an extremely impressive performance.

Unlike when they played J Storm, DS didn’t have any problems controlling the tempo, largely thanks to Yixaun “xuan” Guo completely outplaying Aydin “iNSaNiA” Sarkohi in both games. That 2-0 stomp knocked Liquid out early and has given DS all the tools they need to give NiP another challenge, just like in the group stage.

That rematch will take place at 3:30am CT on Oct. 20, with the winner moving on to face Alliance in the grand finals later in the day.