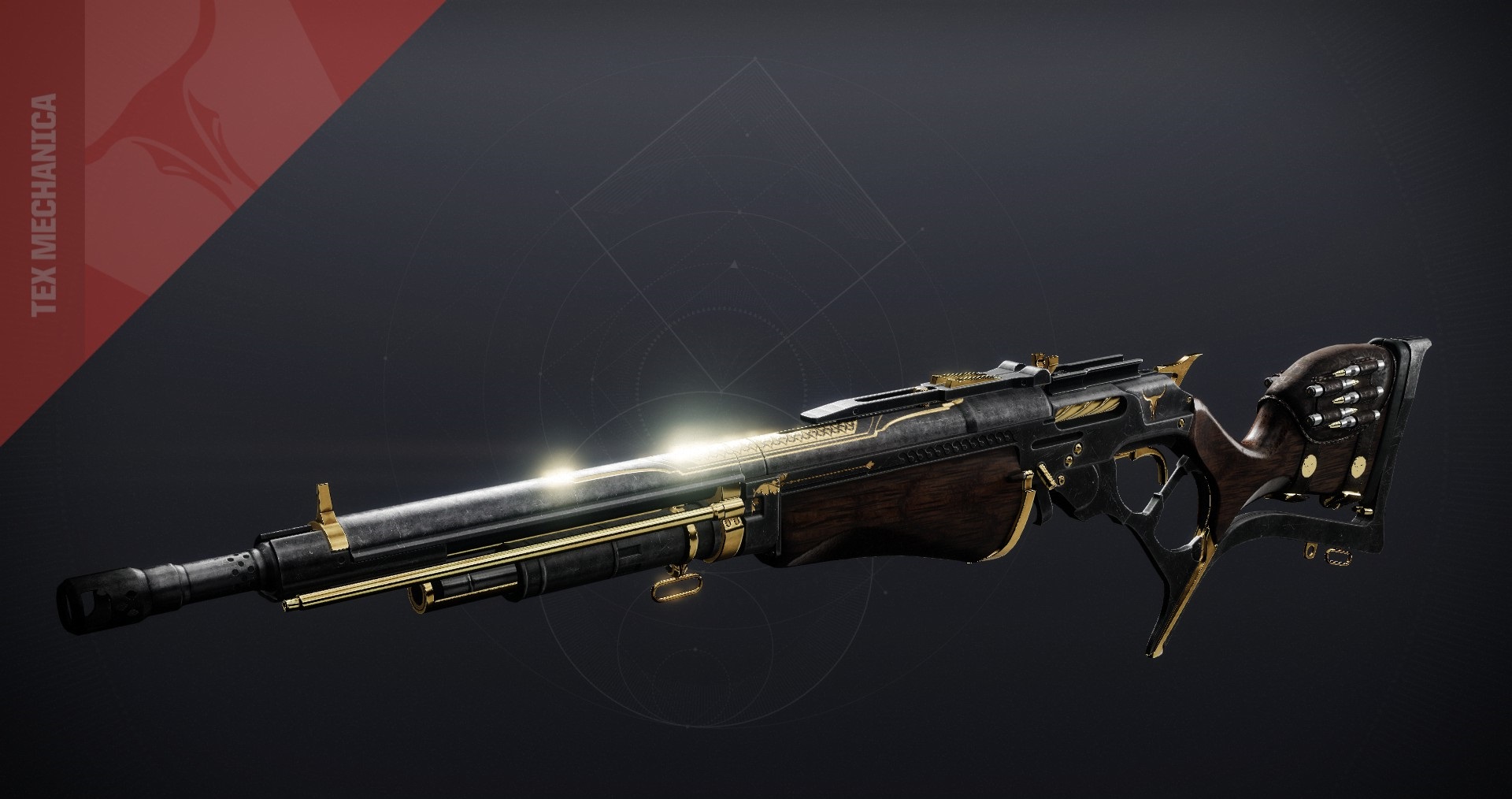 Destiny 2 is known for its technological advances, like trace rifles or pretty much anything the Vex ever touched. But sometimes, you can’t go wrong with the classics, and that’s where Dead Man’s Tale comes in. This scout rifle was made by Tex Mechanica, an in-game foundry known for its traditional firearms like The Last Word or The Huckleberry, and it packs a punch.

Dead Man’s Tale comes with an intrinsic perk called Cranial Spike, which boosts damage and reload speed with each critical hits and stacks up to five times. The weapon is deadly enough on its own, but chaining precision hits will vastly boost its damage output, and its long magazine means it can sustain a surprisingly good amount of damage if you keep shooting weak spots.

Both Dead Man’s Tale and its catalyst dropped from Presage in Season of the Chosen, when the Exotic was introduced. With the release of The Witch Queen and the kickoff to Destiny 2‘s Year Five, though, Presage entered the Destiny Content Vault. The source for both the weapon and the catalyst disappeared, and Bungie came up with a replacement for it. Here’s how to get it.

With the arrival of The Witch Queen, players can grab the Dead Man’s Tale Catalyst as a random drop from any playlist activity completion, provided you own the gun. If you’re looking to get Dead Man’s Tale, you should also buy Beyond Light, since the Exotic is tied to the expansion.

Bungie revealed that the Dead Man’s Tale Catalyst would drop from playlist activities and singled out Strikes, Crucible, and Gambit, but it’s unclear if it will work with Battlegrounds, an activity that will be a part of the new Vanguard Ops playlist.

Unlike other quest-based Exotics, the catalyst for Dead Man’s Tale didn’t entirely lock it behind an activity. Players can still get their catalyst goals by taking down opponents with Dead Man’s Tale. Before The Witch Queen, players could progress the catalyst by finding secrets in the Presage mission. After the expansion, however, players can just kill enemies normally to progress their objective.

What does the Dead Man’s Tale Catalyst do?

The catalyst for Dead Man’s Tale doesn’t directly alter how Cranial Spike works or improve the perk itself. Instead, getting the Destiny 2 catalyst increases fire rate when hip-firing and removes all accuracy penalties when hip-firing, making this an even easier way to put out more damage (especially if you’re aiming for large crit spots, such as an Ogre’s head).

Bungie has repeatedly nerfed the hip-fire on Dead Man’s Tale, with The Witch Queen dropping the rate of fire when shooting from the hip to 130 rounds per minute (down from 150). Developers can tweak the weapon if necessary, though.