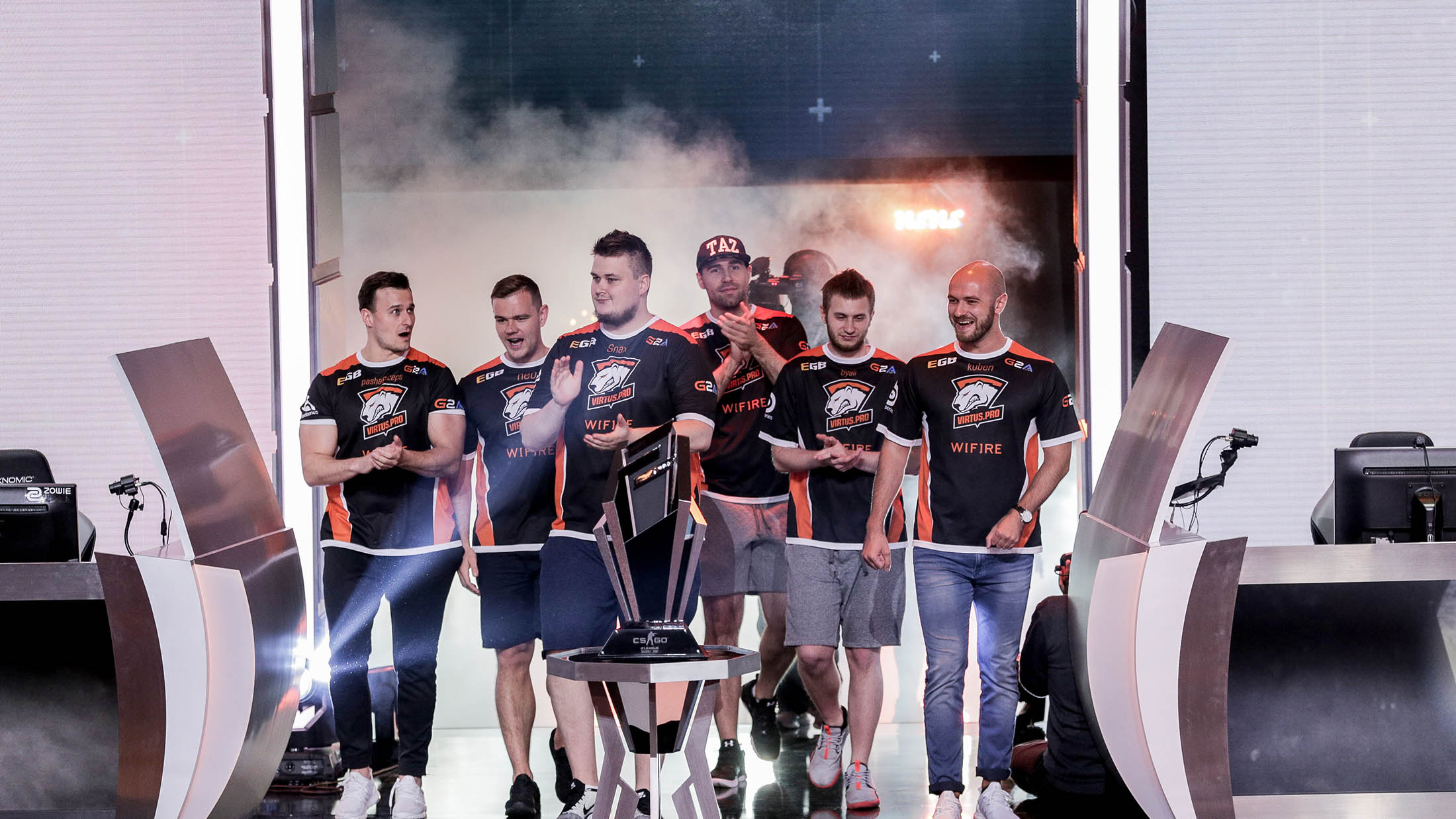 The longest-standing roster in Counter-Strike: Global Offensive made history again today, as Virtus Pro took the grand prize at the season one finale of ELEAGUE live on TBS.

Their performance today was a dramatic return to form for the legendary Polish side, who had been heavily panned for their poor performances for much of the year. A roster move seemed inevitable prior to the ESL One Cologne Major in Jul. 5, but since Virtus’ top eight placing at the Major the team has found another peak in performance.

Similar to the Poles’ dominant performance in the semifinals against mousesports, Virtus showed an absolute lack of mercy towards Fnatic in the grand finals. Even after the Swedes established an early 7-1 lead on series opener Cobblestone, Virtus came together and slowly grinded out six rounds on the first half. Once Virtus got on the terrorist side, it was all over for Fnatic as the Poles only dropped one round throughout the second half.

The second map of the series, Mirage, was an even stronger display of power from Virtus, who never let up on either half. Fnatic threw everything it had against the Poles, but it didn’t seem to matter as Virtus’ Janusz “Snax” Pogorzelski delivered a monstrous performance. His 30 kills pushed him to the top of scoreboard.

In the post-series interview, Virtus Pro’s Wiktor “TaZ” Wojtas said that Virtus Pro “is back.” The 30-year-old confessed that their slump of the past few months was only overcome by the roster’s newfound trust in each other.

The trust definitely paid off. Aside from being crowned champions of ELEAGUE’s inaugural season, Virtus also leave the tournament with $390,000 in prize money. Now the only question is whether Virtus will be able to defend their title in the league’s second season later this year.