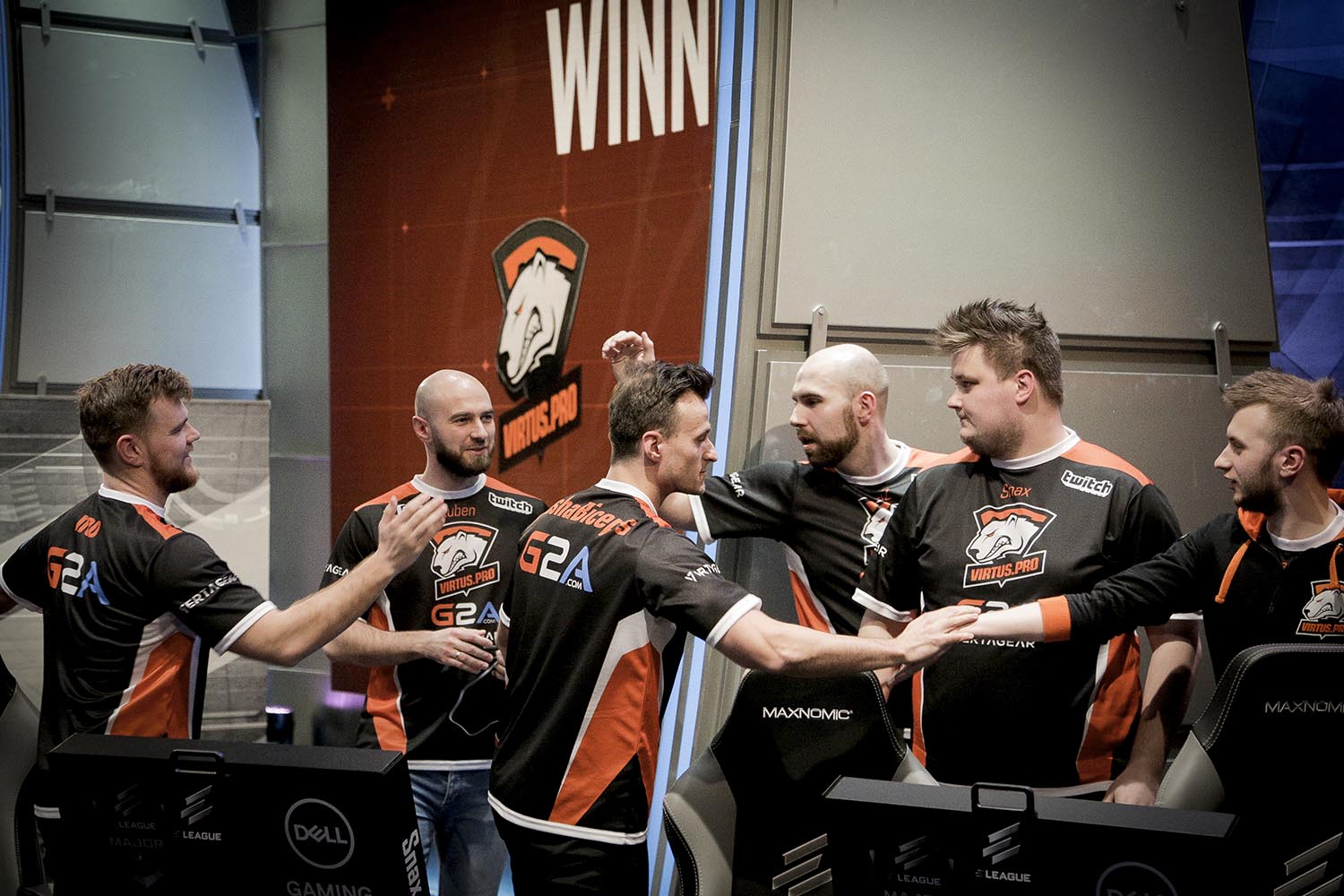 Virtus Pro continued to defend their home country by sending off North to end the PGL Major quarterfinals earlier today.

The victory came in two straight maps for the Polish legends, winning 16-9 on Cobblestone and 16-10 on Nuke. Their Danish opponents were game to compete, but Virtus Pro remained in control throughout the competitive series.

The first game proved to have a retro feel to it, as two of the oldest veteran players in all of esports, Wiktor “TaZ” Wojtas and Filip “NEO” Kubski, topped the scoreboard and led their teammates to an opening win. TaZ finished Cobblestone in emphatic fashion with a triple kill to seal match point.

The victory only served to further incite a rowdy home crowd in Krakow, Poland. During his post-game interview, TaZ credited the crowd for keeping the team motivated, calling them “our sixth man.”

Pawel “byali” Bielinksi stepped up on Nuke for the Polish side, accruing 30 frags as Virtus Pro finished the job. NEO was again the game’s second-leading scorer.

North were short on such heroics. The team played well but were repeatedly unable to rise to the occasion. The side’s best moment under such tremendous pressure came from Rene “cajunb” Borg, who staved off North’s elimination on Nuke with late round heroics, including both a quad kill and a one-on-two clutch.

But beyond some solid fragging from Emil “Magisk” Reif, North didn’t have much more to offer. Mathias “MSL” Lauridsen particularly lagged behind his teammates, posting the worst ratios in the game and having the dubious distinction of being the only player not to get into double digit frags on the deciding second map.

Unsurprisingly, the pressure only seemed to benefit Virtus Pro, a team that has become known for thriving when the pressure is at its highest.

Virtus Pro will next face Brazilian team, Immortals, in the semifinals.